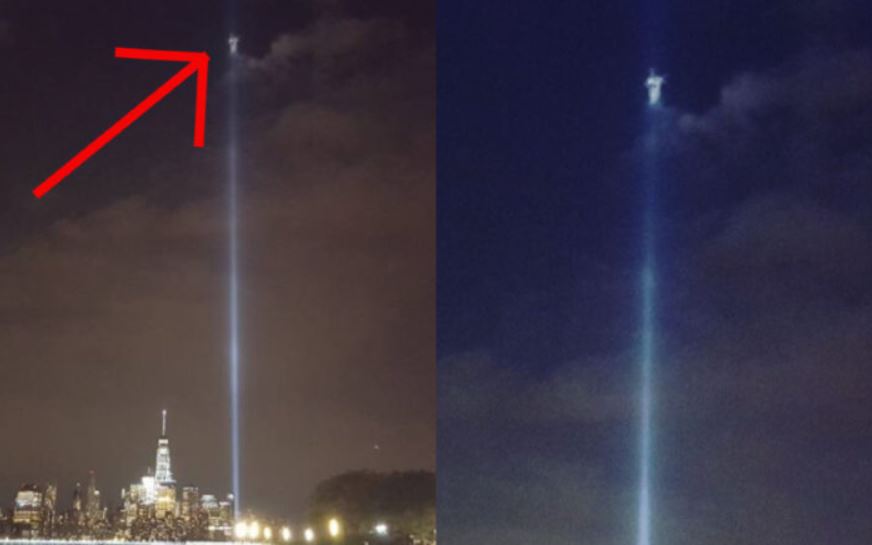 Do you see Jesus in this photo?

Sept. 11, 2021 marked 20th anniversary of the attack on the Twin Towers in New York City that killed 2,996 people. Throughout the day, millions of people remembered the terrible episode and its tragic images and stories that moved – and continue to move – the world.

New York commemorated the attacks in 2016 with the “Tribute in Light.” During this event, photographer Richard McCormack captured an amazing photo. He shared the viral photo again on this year’s anniversary.

“Never forget the devastating day,” McCormick wrote. “Those that perished, those that suffered, [and] those continuing to suffer. I was blessed to capture this amazing photograph that went viral. Brings much joy into my life. I love sharing it.” 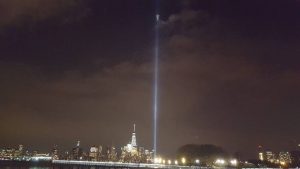 McCormick’s original post reads, “Zoom into the top of beam. Do you see something? I took this photo. No Photoshop, no gimmicks. Took many and only one showed this image.”

Several users said they believe the image is Jesus or of supernatural nature.

Norma Aguila Valdaliso wrote, “Some say it’s photoshop, but I know you couldn’t fool us. This has left me with so much faith. God is watching over us.  Always.”

McCormack responded, “No Photoshop. Don’t even use it.”

Yvette Cid, whose children were victims of the attack, expressed emotionally, “‘That’s an awesome pic. Wow, I lost my two children and I believe this is a sign for all those that have lost a loved one.”

Helena Padgett also commented, “Amazing! The Lord is with us and this is just another reminder. It’s beautiful.”

Whatever this image is, it reminds us that Christ embraces our pain and walks beside us until the end of the world.