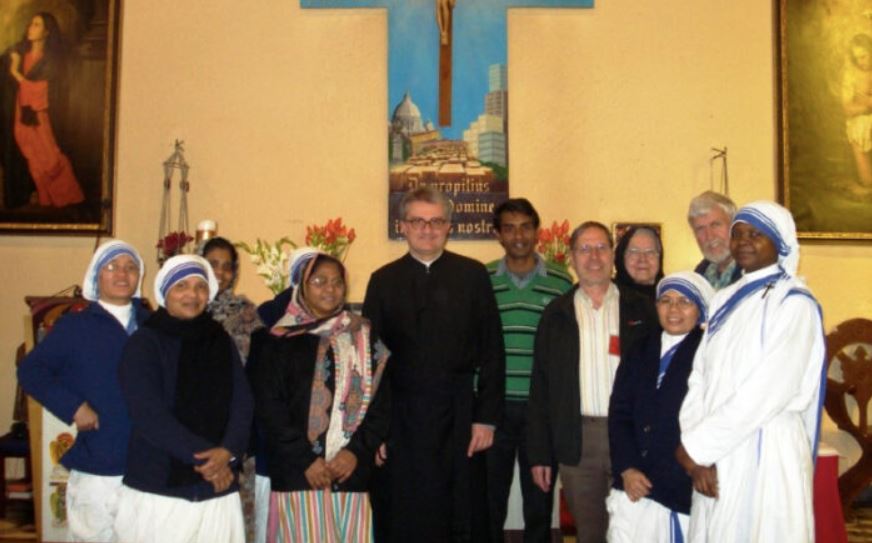 Fr. Giovanni Scalese was responsible for the only Catholic Church in Afghanistan, the Chapel of Our Lady of Divine Providence, located inside the Italian embassy.

However, after the Taliban takeover, he had to leave the country.

“In a few days everything fell apart,” says a priest who had to leave the only Catholic church in Afghanistan

The priest and five nuns from St. Teresa of Calcutta’s congregation, the Missionaries of Charity, boarded a military flight, taking with them 14 children with disabilities, who lived in the orphanage they ran in Kabul.

Altogether, the center cared for around 60 children since 2006.

Upon arriving in Rome, the Italian priest asked people to continue praying for Afghanistan.

“We cannot abandon this country and its suffering people,” Fr. Scalese said.

The priest discussed his last moments before leaving Kabul.

“Outside the gates of our embassy, ​​there were Taliban who, if they wanted to harm us, they could have. But absolutely nothing happened. I was more concerned about the Missionaries of Charity, who stayed in their house, and therefore, were more exposed and frightened”.

He added that things did not go as planned upon their first attempt to board.

“We only made it through the entrance the other night. It was not easy to go through so many people and that enormous tension. The Taliban, among other things, warned that they would close off the airport lanes to Afghans and allow only foreigners to pass through.

“As soon as we arrived, they boarded us on a military flight that made a stopover in Kuwait before arriving in Rome”.

Fr. Giovanni says that he did not expect such a “sudden and abrupt” departure from Afghanistan.

“We all waited for a more negotiated conclusion, a transitional or national unity government. But in a few days, everything fell apart: government, army, police forces.

“The Taliban didn’t even fight to take power: they simply took control. This had a good side, in part, because it avoided a bloodbath. There have already been deaths, but it is not a civil war”.

The missionary, who is a member of the congregation of regular clergy in São Paulo, says he wants to return to the country to continue the Church’s projects and evangelization initiatives, but unfortunately this is something that seems very far away at the moment.

“We thank the Lord for the successful operation. And I also thank all of you who have raised…incessant prayers for us during these days, prayers that have evidently been answered. Please keep praying for Afghanistan and its people.”

ChurchPOP reported that Fr. Giovanni Scales consecrated the nation to Our Lady of Fatima on October 13, 2017. He held a ceremony in the chapel of the Italian Embassy with Catholics, civil, and religious soldiers.

Two Bold and True Responses to the...

Psaki Rebukes EWTN Reporter Who As...