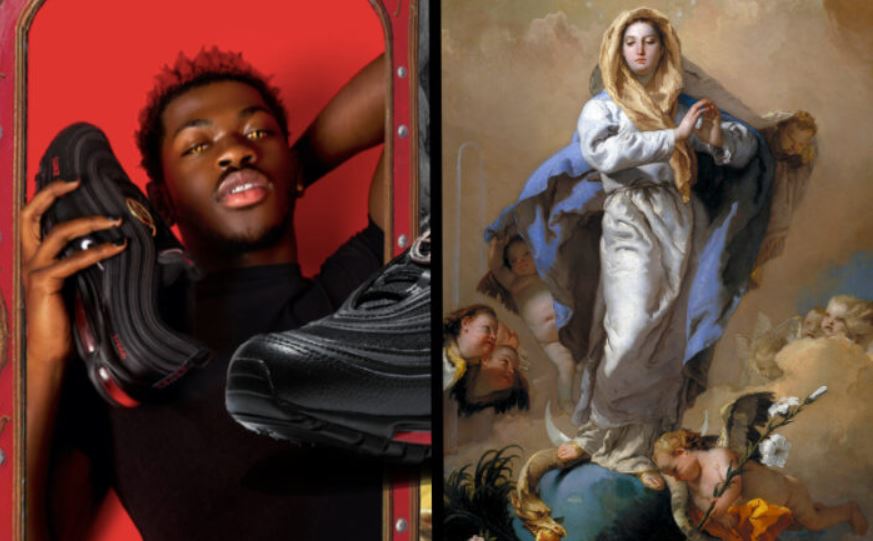 Catholics are reacting to the recent release of Lil Nas X’s “Satan Shoes.”

The Nike Air Max shoes contain one drop of human blood, a pentagram, and have “Luke 10:18” stitched on them. The shoes cost $1,018.00 per pair and sold out in less than one minute.

The rapper manufactured 666 pairs, inscribing each pair with individual numbers. The packaging contains satanic art, and the website’s ad uses the Catholic edition of the Bible.

However, Nike told news outlets that they did not participate in creating the shoes. The shoe company filed a lawsuit against Lil Nas X and MSCHF, the product creators.

The lawsuit says the rapper and MSCHF created the shoes “without Nike’s approval or authorization, and Nike is in no way connected with this project.”

Here’s how some Catholics reacted to the shoes:

Catholic exorcist Msgr. Stephen Rossetti commented, “If Hell and Satan don’t exist, then Satan Shoes are nothing much to worry about. But an exorcist knows better. I suggest someone track the lives of those who buy the shoes…I predict the outcome will not be pretty.”

Catholic philosopher, theologian and podcaster Timothy Gordon posted a photo of Our Lady crushing Satan’s head with her feet.

“Our Lady had the first ‘Satan Shoes’. [Nike], you’re a bunch of posers,” Gordon wrote.

Fr. Paul Hedman of the Archdiocese of Saint Paul and Minneapolis also responded  Twitter user’s thread claiming Jesus “does not care” if “you wear some funny devil sneakers and make Satan jokes.”

Fr. Hedman wrote, “…those who invite the devil into their lives by wearing satanic stuff shouldn’t be surprised if the devil takes the invitation.”

The priest added, “almost as if they live in a society that doesn’t care how much Satan is ignored and think ‘oh haha let’s sell some demon shoes. I’m sure this will have no spiritual [effect] on society at all, no siree.’”

The user wrote, “FYI: if I see you wearing demon shoes, I will spray you with Holy Water. / There will be no compromise.”

Let us pray for all those involved in Satanism, that they may come to know the love of God.

St. Michael the Archangel, defend us in battle!

Been to Confession this Lent? 6 St...