MORE FROM EWTN
FAITH & RESOURCES
Welcome to EWTN GB - Global Catholic Television Network - Copyright ©
Trending News
HomeArticleExorcist Warns “Satan is Out to Destroy America,” But Spiritual Arms Can Save It

Exorcist Warns “Satan is Out to Destroy America,” But Spiritual Arms Can Save It 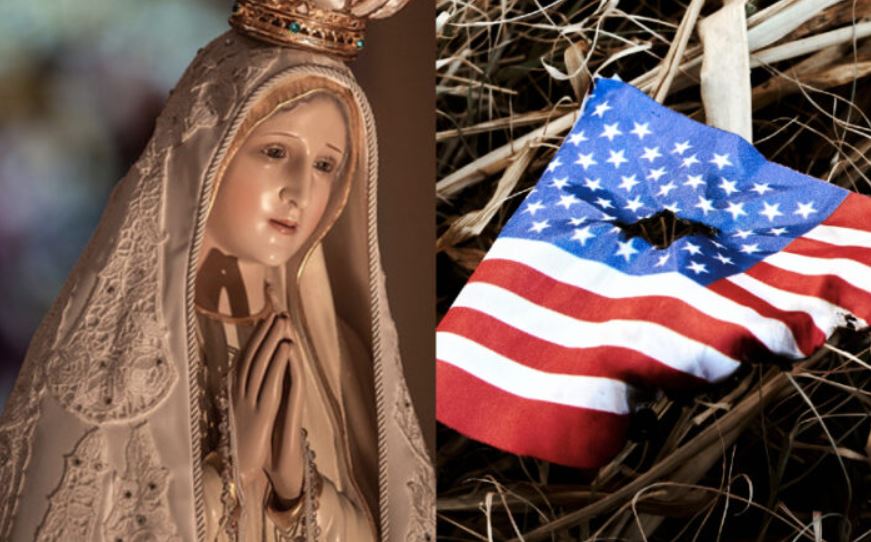 Exorcist Warns “Satan is Out to Destroy America,” But Spiritual Arms Can Save It

With our great power and resources, this country has the potential to influence the world for great good, especially in promoting human freedom, equality, and the virtues. But we also have the potential to promote great evil.

I see increasing signs of Satan’s hand in trying to destroy this country.

There is an increasing distrust and denigration of authority, such teachers, politicians and government, police, clergy, and Church.

While there are certainly examples of people in such offices doing evil, a blanket condemnation of people who serve our nation is not warranted and destructive of society.

We see also a breakdown of the “domestic church,” the family.

The lifetime marriage of a man and a woman with the raising of children in the faith seems more like an oddity today.

Even those stable families that raised their children in the faith are increasingly distraught at their children, influenced by destructive forces around them, falling into drug abuse, promiscuity, and paganism.

There is an increasing erosion of Christianity and religion in general in our nation, with a concomitant rapid rise in those who identify as religious “nones” (atheists, agnostics and unaffiliated.) In filling the “Void of Christianity”, the practice of magic, witchcraft and the occult is everywhere.
This should not be a surprise. If people do not embrace the Light, the darkness will overcome them.
We are embarking upon a new year. Far from being downcast, I feel a great sense of optimism.

I have personally seen what a little holy water, the sight of a crucifix, and mere mention of the holy name of Jesus does to Satan and his minions. They are dust compared to the Word made flesh.

Despite all the demonic threats, the mantle of Our Lady protects us and St. Michael and the holy angels surround us.

But we are fighting for the soul of our nation and its people.

Let us begin this year armed with the “sword of the Spirit which is the Word of God” who is Jesus (Eph. 6:17). I recommend frequent reception of the Sacraments, the daily rosary, and constant prayer.

In response to the hatred, discord, and violence surging up all around us, let us love, especially those whom we find repugnant. Let us stop judging anyone– judging is God’s job.

Pray for our country’s leaders, they need our support.

May we let go of anger toward anyone who may have hurt us. When we pray for them, we ourselves are set free. Satan and his minions feed off anger, discord and fear.

I would like to make a special plea that God’s pious followers spend this year in frequent acts of love toward Jesus and his Mother. Our little acts of love will be rewarded by a divine torrent of grace.

Spanish Bishops: Report That Only...

The Challenges Before Us