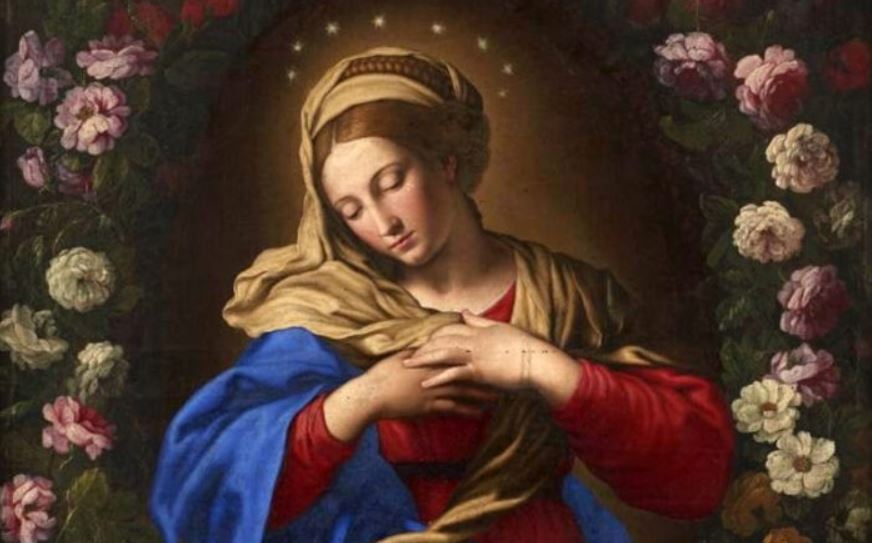 This is an amazing story!

Reddit user Angeliqueoblique shared an amazing story about mysteriously smelling roses while praying the Rosary. The user said she is a former practicing witch and recent Christian convert. She began praying the Rosary a few weeks ago.

(Reddit is an anonymous message board, so users’ identities are undisclosed.)

“I had been looking into Protestantism because I thought it was better than Catholicism,” the user wrote.

She then explained that one Friday evening while praying the Rosary, she smelled roses. The user said she could not connect the scent to anything natural. She wondered why God considered her worthy of such a gift.

The user said “the sign” showed her that “Mary is real and I should be Catholic.”

Here’s the full story below:

“I’m not sure if this is a miracle, and I’m not sure if this post even belongs here. This isn’t to inspire you all to become more Catholic because you should be inspired to have blind faith, and not base [it] on miracles. But I just had to share this.

“[Two] weeks (Friday) ago, I started praying the Rosary everyday, and it had been going great. I had been looking into Protestantism because I thought that it was better than Catholicism, because a majority of YouTubers I watch are Protestant.

“I was praying one night and I began to smell roses so strongly.

“I don’t wear perfume or body spray, and if I did, it would have been during the day (and even then it would have worn off the smell). I was also praying at nighttime, so I didn’t even smell through my nose, and I still [smelled] them. It was crazy. I didn’t believe it.

“Why me, after someone who had done so much witchcraft and horrible things, should this happen to me?! But this sign showed me that Mary is real and I should be a Catholic.

“I hope this doesn’t get down voted, removed or people saying it’s fake, as I just want to inspire people. After it happened, I smelled all over my room and there was no rose smell to be found.”

The user then added this to her story:

“I was praying for [my] mental illness and I was crying before this–feeling extremely depressed. In the past, I was a practicing witch— like I [performed] spells and denounced and made fun of Jesus Christ. I also converted some of my friends to the religion, and I bought so many witchcraft books.

“This has happened [twice] when I [felt] extremely depressed (I’m bipolar).

“I [knew] it [smelled] like roses because it had the savory flower smell that is behind the scent of a rose, which makes the rose smell like a rose. Not just sweetness. It smelled like grassy, flowery things. There is no incense in my bedroom, no perfume, [and] no candles…”

“I’m a student and I don’t know any practicing Christians at all. My family [is] Catholic and [goes] to Mass, but I have denounced it so much and had so many spirits in me, that I’d get furious when I saw a cross or went outside church. I’d get angry! This also happened to my aunt when she went on a pilgrimage to Lourdes in France a few years ago.”

The user commented on another user’s post, saying that she is “happy to begin life again as a Christian!”

Please pray as she makes her journey home to the Catholic Church!

5 Angelic Prayers Everyone Should...