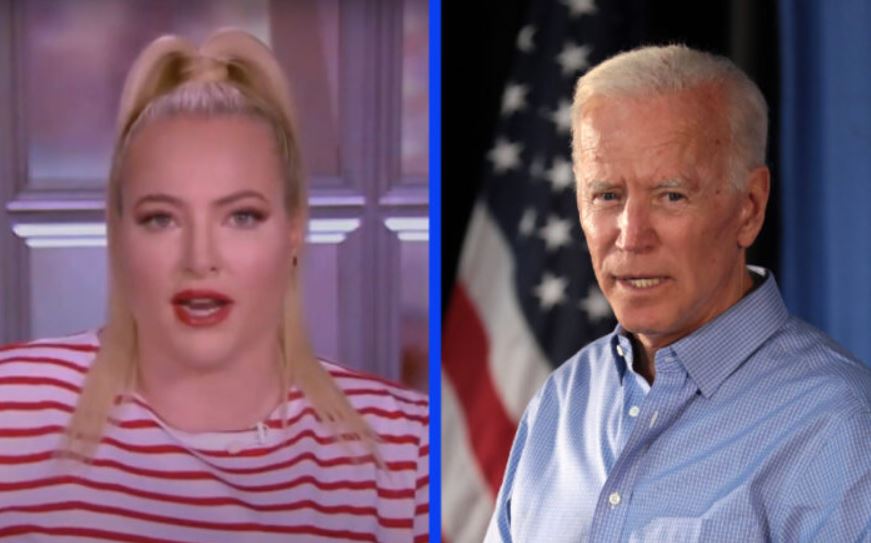 Political commentator and The View co-host Meghan McCain courageously defended the unborn in an epic monologue on the ABC show.

She blasted Joe Biden for his aggressive pro-abortion stance, especially as a self-proclaimed “devout” Catholic.

“If you are a devout Catholic, as President Biden claims to be, abortion is a cardinal sin that can do deep spiritual harm to you,” McCain said. “President Biden had been supportive of the Hyde Amendment up until 2019 when he decided to run for president.”

Thank you, Meghan McCain, for courageously standing for life.

"Abortion can do deep spiritual harm to you. Abortion is murder, the government is funding the killing of the unborn." –@MeghanMcCain pic.twitter.com/EFPJw1Tf7r

Here’s the remaining text of the video:

“The Hyde Amendment means that the government would not provide federal funding for abortion, and now he is for it. And he has shown in this upcoming budget that he is for [federal abortion funding].”

“Having a conversation with a friend of mine who was close to him, saying ‘for me, this is a deep paradigm shift for how I view President Biden’. Because if he’s for the federal funding of abortion, (and I know the women on this show disagree with me) but as far as I’m concerned, abortion is murder, and that means the government funding of killing of the unborn and we have to, as pro-lifers, fight for the rights of the unborn.”

“That is a doctrine as old as the Catholic Church itself.”

“His official stance, by the way, is he’s personally opposed to abortion, but doesn’t feel he has the right to impose this view on the rest of the country. For someone who claims to be pro-life, I never understand this argument. It’s like saying, ‘I’m personally opposed to murder, but if you want to murder a little bit, it’s fine, because it’s not my problem.

“It doesn’t register with me. I don’t get it. So it’s ultimately up to the Church.

“But he’s walking a very fine line here, and ultimately, all of these issues are literally life and death for Catholics–for devout Christians.

“He’s going to have to ultimately talk to his Creator when the time comes (as we all do), and reconcile his politics with his personal faith. I believe he’s doing grave spiritual harm to himself and harm to this country.”