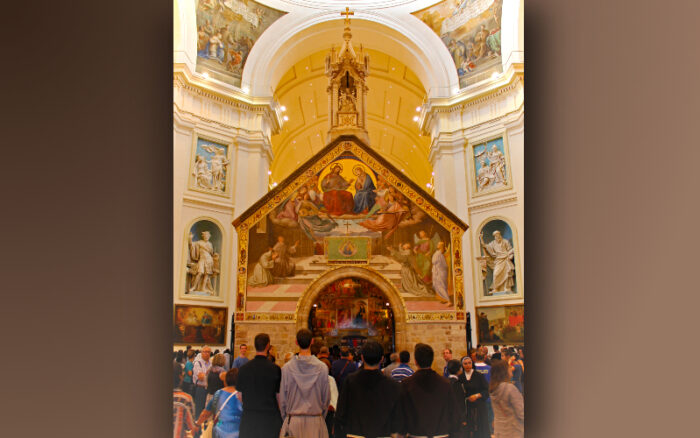 Did you know you can receive a plenary indulgence on Aug. 2?

Aug. 2 is the feast of Our Lady of the Angels of Portiuncula, a particularly important devotion in the Franciscan tradition.

It marks the day St. Francis of Assisi’s Portiuncula church, or “little portion” church was dedicated after Christ called him to “rebuild my church.” He rebuilt this former Benedictine chapel himself in the fourth century.

Pope Innocent III gave St. Francis permission to form his religious order, which resided in the Portiuncula. Because of his strong devotion to the Blessed Mother, the saint dedicated the chapel to Our Lady of the Angels.

St. Francis of Assisi spent much of his life at this location, eventually dying there. The chapel now stands inside the Papal Basilica of Saint Mary of the Angels in Assisi, Italy.

In a vision, Jesus, Our Lady, and angels presented him with the “Pardon of Assisi” indulgence, which the Church recognizes today.

Here’s how to obtain the indulgence:

1) Honor Our Lady of the Angels of Portiuncula at any Catholic Church on Aug. 2

2) Go to Confession (eight days before or after Aug. 2)

3) Receive Holy Communion (eight days before or after Aug. 2)

4) Pray the Apostles Creed, the Our Father, and pray for the Pope’s intentions

Note: To obtain a plenary indulgence, the person must detach oneself from all sin. If a soul is not detached, a partial indulgence applies.

Here’s more about the Blessing of the Porziuncula:

St. Francis of Assisi and Our Lady of the Angels, please pray for us! 🙏

Catholics Respond with Prayer and...