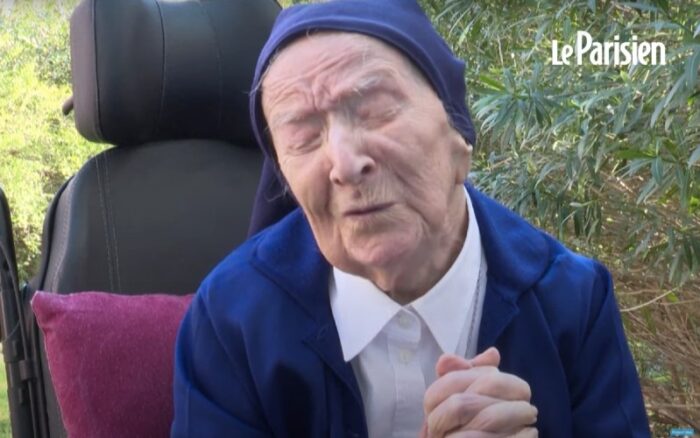 Daughter of Charity Sister André Randon of France celebrates her 117th birthday on Feb. 11. She is the oldest person in Europe and the second-oldest person in the world.

118-year-old Japanese woman Kane Tanaka is the only person to surpass her in age.

Sr. André, who is blind and in a wheelchair, also survived Covid-19 last month. She tested positive for the virus, isolated, and did not experience symptoms.  As a result of her convent’s outbreak, 10 of 81 sisters who contracted the virus died.

Born Lucile Randon on Feb. 11, 1904, Sr. André converted to Catholicism at age 19. At age 25, she began caring for elderly and orphans at a French hospital. She later entered the Daughters of Charity at age 40.

Although she joined the convent later in life, her vocation has lasted for 76 years!

Additionally, for her 115th birthday, Pope Francis sent her a personal letter, along with a blessed Rosary she uses ever day.

Here’s a recent video of Sr. André from EWTN: