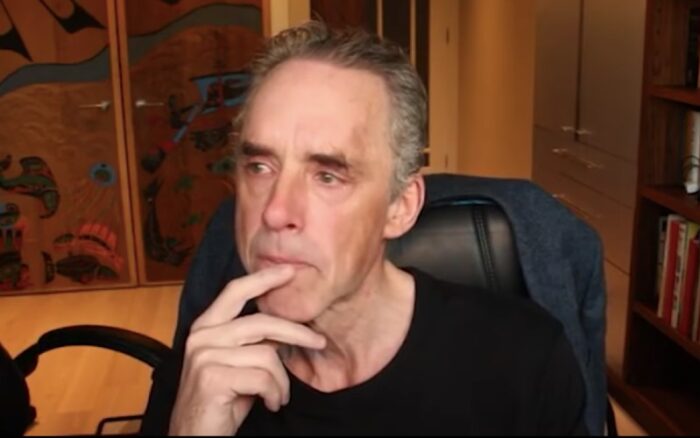 Is Christ working in Jordan Peterson?

The video’s description states that two discuss “the issue of conscience, narrating objective reality, the perfect mode of being, the responsibility to move things towards the divine, the inevitability of religion, the significance of the virgin birth, and the idea of heaven.”

About 10 minutes into the podcast, Peterson and Pageau discuss the belief in Christianity and Jesus as God. Peterson then visibly weeps while speaking about this topic.

“The deeper you go into biology, the more it shades into something that appears to be religious, because you start analyzing the fundamental structure of the psyche itself. It becomes something with a power that transcends your ability to resist it,” Peterson explains.

“C.S. Lewis pointed this out as well: the difference between those mythological gods and Christ was that there’s a historical representation of his existence as well.”

“What you have in the figure of Christ is an actual person who actually lived, plus a myth. And in some sense, Christ is the union of those two things. The problem is, is I probably believe that.

“But I’m amazed at my own belief and I don’t understand it,” Peterson continues as he pauses to weep.

“Sometimes the objective world and the narrative world touch. Know that’s union synchronicity, and I’ve seen that many times in my own life. And so, in some sense, I believe it’s undeniable. We have a narrative sense of the world.

“For me, that’s been the world of morality. That’s the world that tells us how to act. It’s real–like we treat it like it’s real. It’s not the objective world. But the narrative and the objective world touch, and the ultimate example of that, in principle, is supposed to be Christ.”

“I still don’t know what to make of it, partly because it’s too terrifying of a reality.”

Peterson provided mixed responses about his religious beliefs in past interviews.

In a 2017 interview, he says he is Christian, but “agnostic” about the belief that Jesus Christ rose from the dead.  When asked if he believes in God in 2018, he said, “I think the proper response to that is no, but I’m afraid He might exist.”

Cardinal Sarah: ‘The Only Thing Th...