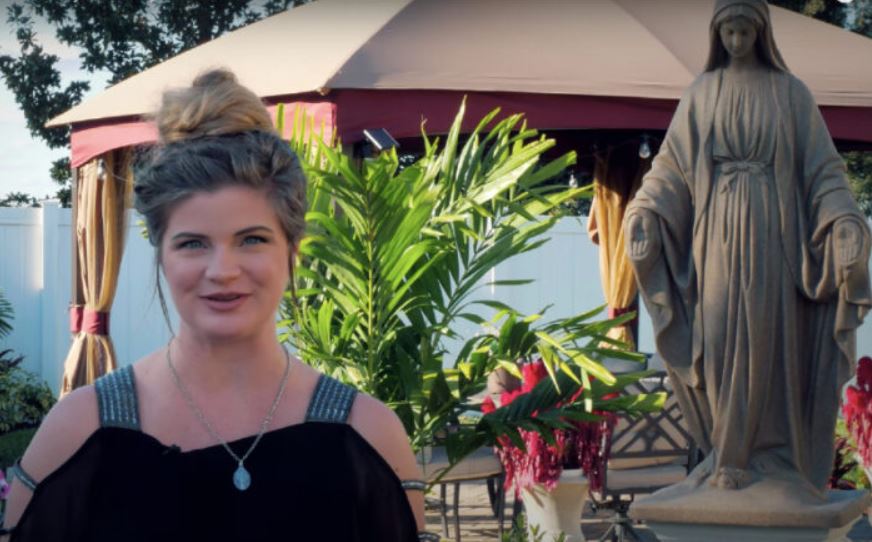 Conservative activist and social media personality Kaitlin Bennett announced on Dec. 2 that she left atheism to join the Catholic Church. She is currently in RCIA.

Wearing a Miraculous Medal and standing next to a statue of Our Lady, she explains how her journey to the Catholic Church began.

“A lot of you may be shocked to hear this, but for the last three years you’ve been watching my videos, I was an atheist. But that’s not the case anymore, and I want to open up to you guys about my journey,” Bennet says.

She then explains how she came to love the Catholic faith. She also reveals the emptiness of being an atheist and how it affected her.

“Being an atheist is not what most people think it is — at least it wasn’t for me,” Bennett continues. “Being an atheist was one of the most terrifying things I ever put myself through. And I did it for more than a decade.

“Because I was so ignorant and uninformed, I feared what it would mean to go to hell,” she says. “The most memorable fear I had was dying. The thought of my death terrified me. Did I really live just to be put in the ground?”

“The worst part was thinking: what would my family endure after death?,” she says. “What always occupied my mind was the question: what if I’m wrong?”

As the video goes on, she explains her anti-abortion stance, the sacredness of human life, and how her Catholic husband helped lead her to the Church.

“If I truly believe there is no God, why do I feel so ashamed for saying out loud?

“It’s because the truth about God, Jesus, and our creation is written on our hearts for us to search for Him, and ultimately end up finding the truth that is so apparent if you just seek it.”

“One of the defining moments where I realized I was wrong was learning that pride was the worst of the seven deadly sins.

“Pride Month has always been toxic, predatory, and perverted, even from a secular point of view.

“It is not a coincidence that a lifestyle ingrained in depression, suicide, sinful behavior, and regret is given the title of the most deadly sin, forced down our throats by every major corporation and social media platform, and then targeted to child audiences.”

Bennett then reveals her turning point when her cat fell very ill. While this may seem menial to some, it led her to prayer through St. Francis of Assisi. This ultimately led to her conversion.

Listen to her miraculous story below:

Following her story, Bennett gives advice “from a former atheist to raise your children to not end up like me.”

“It starts by praying together every day as a family and making sure Christ is put first in your household,” Bennett says as the camera focuses on a statue of St. John Paul II holding a rosary.

“Creating traditions that last for decades into their adult lives, and eventually into their own families, ensures they never have to go to bed with anxieties about their eternal life.

“I wish I had discovered the truth earlier in my life, but I am humbled to know that even a sinner like me was never forgotten by God.”

Pray for Kaitlin Bennett as she continues her journey to the Catholic faith!

8 Things You Need to Know About th...