Parish Priest Warns: A Nation Cannot Survive Without God – Awaken From Your Slumber 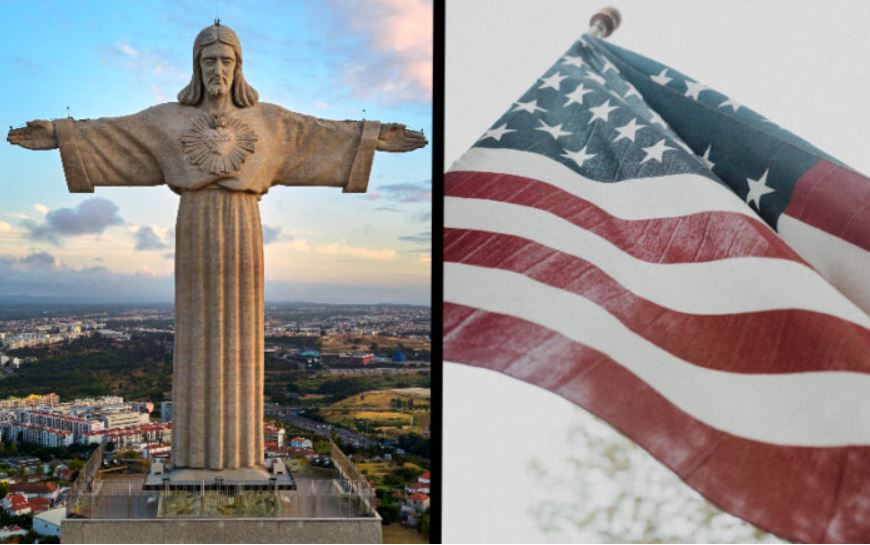 Parish Priest Warns: A Nation Cannot Survive Without God – Awaken From Your Slumber

However, King Nebuchadnezzar of Babylon exiled the leaders of Jerusalem in 597 B.C.

Four years later in 593 B.C., God called Ezekiel forward to be a prophet to Israel as they suffered the humiliation of being expelled from their own country. For the next 5 years, Ezekiel predicted the unthinkable: the destruction of Jerusalem and of the Temple in Jerusalem, the holy of all holies.

Ezekiel foretold these events because the people, among many other abominations, did not seek the Lord. They instead turned their backs (literally) to the Temple and worshiped the Sun of daylight.

We see a stark contrast when comparing Ezekiel’s fidelity to God to that of the people of Nazareth who had little faith in Jesus. (Mark 6:1-6).

We see the reason Jesus could not do the mighty miracles he performed elsewhere. His own people of Nazareth lacked faith, because they did not live fervently for God as did Ezekiel, as did the Lord Jesus Himself.

So let’s take a second look at Ezekiel for a moment.

This line is truly striking: God says to Ezekiel, “Whether they heed [you] or resist [you], they shall know that a prophet has been among them.”

This line tells us with certainty that to be a prophet, having a heart for God alone (that is, an undivided heart) is a qualifying element. True prophets are consumed in serving the Lord alone and no other gods or interests in the world.

Secondly,  God calls all prophets to proclaim the truth no matter the consequences – right in the face of the people who turn their backs, not their faces to God.

As a Christian, I find the Old Testament prophets to be amazing and incredibly courageous people.

They stood in front of people day in and day out and proclaimed the truth without wavering–having no armor, no way of protecting themselves against the mob. They fully trusted in God alone as their guide and shield.

When we look at Christianity, we see lots of weak leaders; not so many great kings, prophets, and priests. I am not saying we have not had great saints and martyrs of the faith, we have, but most Christian leaders fall woefully short of their call to stand up against tyrants and against the sins of their own time.

In short, we have not seen many Christian leaders live fully for the Lord Jesus without wavering, and who hold their ground in truth no matter the consequences.

Celebrating Fourth of July, we DO see a tremendous amount of bravery. Men and women who sought the Lord, who saw the many errors of the past within Christianity and were determined to find common ground to forge a nation unlike anything seen before.

They fought for independence, creating a country with limited government power, real checks and balances within three branches of government, and established a Bill of Rights and the ability for amendments to further provide for equality among all peoples throughout the ages.

As John Adams, a signer of the US Constitution said, “I always consider the settlement of America with reverence and wonder, as the opening of a grand scene and design in Providence for the illumination of the ignorant, and the emancipation of the slavish part of mankind all over the earth.”

In other words, Adams saw in conception of the U.S. a nation to be a light to the world, bringing freedom for all people, and a place that all nations would stream too, or want to replicate.

But the U.S. Constitution, with the flexibility to further equality greater than any other nation, has a few limits to it:

John Adams also said, “Our Constitution was made only for a moral and religious people. It is wholly inadequate to the government of any other.”

Other signers of the U.S. Constitution also noted its limits:

Thomas Jefferson said, “The democracy will cease to exist when you take away from those who are willing to work and give to those who would not.”

James Madison said, “To suppose that any form of government will secure liberty or happiness without any virtue in the people is a chimerical (impossible) idea.”

Benjamin Franklin said, “Only a virtuous people are capable of freedom. As nations become corrupt and vicious, they have more need of masters.”

I certainly honor the great hunger and desire of our Founding Fathers who, though they knew their differences of opinion were grave in many areas, fought to obtain independence while at the same time labored to develop a government that would serve all people.

As Abraham Lincoln later said at the height of the Civil War in his Gettysburg address:

“Four score and seven years ago, our fathers brought forth upon this continent, a new nation, conceived in Liberty, and dedicated to the proposition that all men are created equal…this nation, under God, shall have a new birth of freedom…and that government of the people, by the people, for the people, shall not perish from the earth.”

With all of this said, God is calling us to awaken from our slumber.

We have taken our lives, our freedoms, and our faith way too much for granted. We do not need to be the priest, the prophet, or the king to do our part. Jesus Christ already fulfills those roles, and he does so perfectly, and of his Kingdom, there shall be no end.

But God calls us to awaken from our slumber and realize our country and the whole world is not too different from the time when Ezekiel prophetically called out to his people the coming doom if they did not change their ways.

They refused to change their ways and their country was utterly destroyed.

Let us carry the Cross destined for each of us, but let us carry them together, knowing that the cross of Christ will always bring us freedom and salvation.

May we continue to deepen our faith, knowing the Word of God and knowing the truth by reading Sacred Scripture daily (a chapter a day keeps the devil away).

Let us know our faith by learning the depth of our Catholic teaching, which brings true equality and makes us the Body of Christ, constantly looking after the greater good of one another.

Let us let us live joyfully as the body of Christ, willing to suffer torments rather than separate ourselves from Christ or from one another. In this way we can be (and are called to be) faithful prophets to the Lord in our own time.

God bless America and God bless those committed to remaining faithful to our Lord and Savior Jesus Christ!

The Filmmakers and the Martyrs of...

Viral Video Encourages Women to Re...