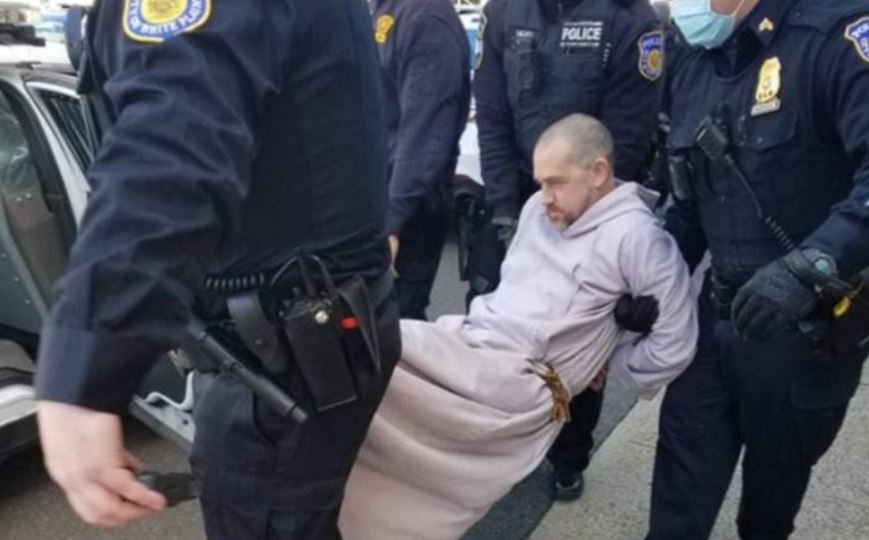 Franciscan Friar Fr. Fidelis Moscinski, CFR was arrested and dragged from an abortion facility on Sat., Nov. 27 in White Plains, New York during a Red Rose Rescue campaign. The clinic kills babies up to 24 weeks in the womb.

Police arrested the priest and two other individuals for counseling and praying for women inside an abortion clinic. Several sidewalk counselors remained outside the facility.

“We stayed inside the building to be faithful patient advocates for the moms and their tiny little ones in the womb,” said Will Goodman, one of the men arrested. “In conscience, we could not leave while innocent people were in harm’s way.”

The campaign explained that the arrested individuals were “released unharmed.”

Their court date is set for Dec. 13, also the day the Archdiocese of New York celebrates the feast of Our Lady of Guadalupe, patroness of the unborn.

Here’s the full press release with photos below:

The group also said that approximately “seven mothers entered the facility during the rescue. Each received compassionate pro-life counseling. One mother freely chose to leave the abortuary, and was in tears as she departed. This young mother was offered help and did not return to the abortuary.”

The video’s caption reads, “Catholic Franciscan, Father Fidelis Moscinski, CFR, was dragged from praying at an abortion clinic by the police. / Keep up the good fight Catholics. / Roe will soon be overturned. Things will get better. Keep fighting.”

Here’s what some users said about the video:

One user said, “Bless him! He will be hated in the world, but Christ will remember His faith and reward Him in Heaven!”

Another user said, “Blessed are those who are persecuted for righteousness, for theirs is the kingdom of heaven.”

This user added, “Demonic! Keep praying, fasting and go to reconciliation as much as you can! Keeping in a state of grace will clear the signal to Heaven during prayer and fasting! We will win this fight!”

This user also said, “Storm the place with 100 prayer warriors. They don’t have the manpower to remove you all!”

Another user added, “This video is just heartbreaking. Every time I see it I want to cry. I have to believe God will bless him for his work.”

Devoted to the Carpenter of Nazare...