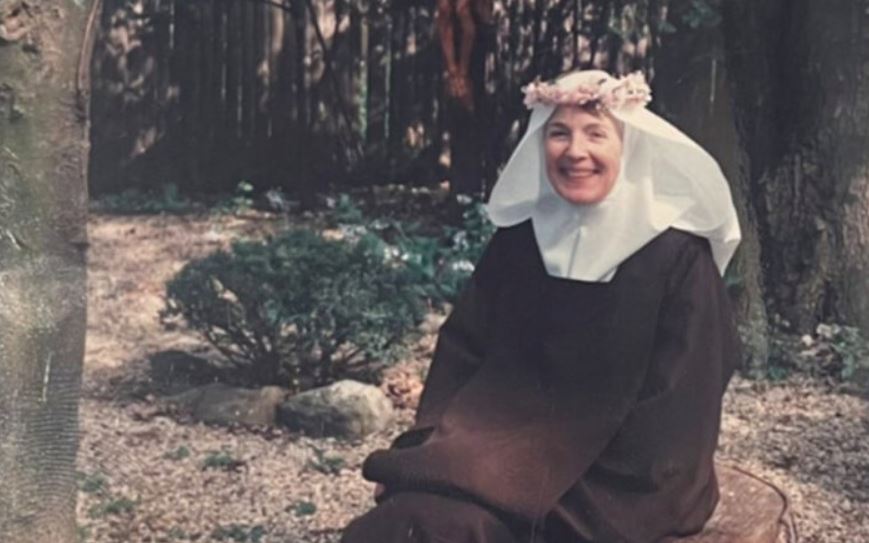 Twitter user Mark R. Miller posted an amazing and stirring story of a late cloistered Carmelite nun who had 10 children and 28 grandchildren.

Miller explained that the nun was his mother, whom he only saw twice in 33 years. He posted several photos of her beautiful life. However, he said he and his mother had a “complicated relationship.”

Here’s his story below:

Miller’s first tweet reads, “A 92 year-old nun died today in a Carmelite Monastery in Illinois. She was kind of an unusual nun. She didn’t sing very well. She was frequently late to her required duties around the convent. She threw sticks for the communal dogs which was not allowed. Also she was my mother.”

The second tweet reads, “I have only seen her twice in the last 33 years since she joined the convent—-partly because the Carmelites are a contemplative order. They don’t teach school, or work in hospitals, or even leave the building in which they live. They pray. They live in silence 23 1/2 hours a day.”

“When you do go to visit, you can’t hug or touch. You are separated by an offset pair of double metal grilles,” Miller writes in a third tweet with a photo of his mother behind the convents bars.

Miller writes in another tweet with a photo of his family, “I am not the only child of the nun. Not even close. I’m the ninth of her ten children. She has 28 grandchildren, some of whom she has never seen. She has more than a dozen great-grandchildren as well; none of whom she has held. Below are the ten of us in age order right to left.”

Miller’s fifth tweet reads, “You might have guessed that she has not always been a nun. She grew up in San Francisco and Oregon and went to school in California and New York. She had a boyfriend.”

“She got married at 20,” Miller adds in the sixth tweet with a photo of his parents.

“By age 27, she had five kids. And then she had five more. A basketball team of each sex. Planned Parenthood she called it. She had a million and one friends. She smoked. She drank. She played cards. She was pregnant for more than 400 weeks of her life,” Miller writes.

“She became an Open-Water Diver,” Miller says in his eighth tweet. “She drove so fast and recklessly that people got out of her car with a sore foot from slamming on the imaginary brake. She gave up smoking, alcohol, and caffeine on the same day and somehow managed not to commit homicide as a result.”

“Her husband died in 1984,” Miller continues. “Five years later, she gave away everything she owned in the world. On her 61st birthday, she had a farewell party with 800 guests at a San Francisco hotel and flew to Chicago the next day.”

“She entered the monastery in Des Plaines, Illinois: Home of the first McDonalds. She preferred Dairy Queen. So that’s where she has been hanging out for the last 33 years. Making rosary beads out of flower petals and sleeping in her own cell,” Miller explains.

“Oh, and chilling with a succession of German Shepherd dogs that live there too. She never let us have any pets growing up. So Karma > Dogma,” Miller adds.

“I’m not here for the ‘sorry for your loss’ thirstiness. Our relationship was…complicated. I am not in mourning. I do recognize that her semi-Augustinian life is close to singular. Born in the 20’s and died in the 20’s of the next century,” Miller’s second-last tweet says.

Miller then posts a photo of his mother as a child, along with her full birth name and consecrated name.

What do you think of this story?

Our Lady of Mount Carmel, please pray for us!

The New Pharisees Are Watching and... 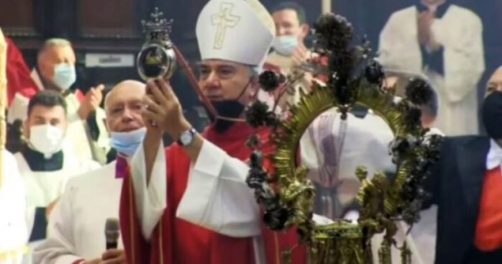