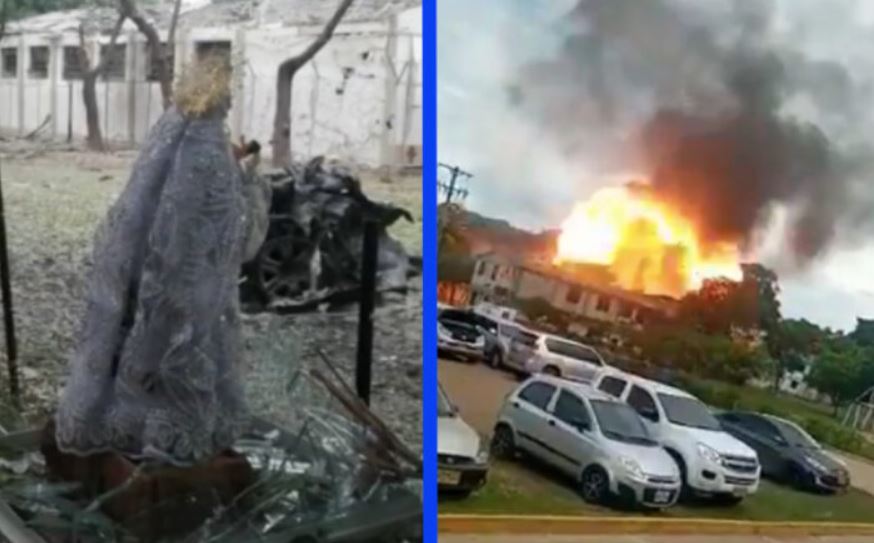 Whoa! This is miraculous!

On Tues., June 15, a car explosion on a Colombia military base injured at least 36 people.

However, amazing photos of an intact statue of Our Lady circulated social media following the attack. The explosion occurred less than 65 feet from the statue!

The attack occurred near the Venezuelan boarder at the 30th Army Brigade base in Cúcuta, Colombia at 3.30 p.m. local time.

Here’s a video of the explosion:

A few hours later incredible images of an intact statue of Our Lady surfaced.

The senator’s translated tweet reads, “I have no doubt that the maternal protection of the Virgin Mary protected our soldiers from the 30th Brigade of the [Colombian National Army] and prevented a greater tragedy from occurring. It remains firmly in place despite the explosion.”

The commander’s translated tweet reads, “Violence will never beat Divine protection. Close to the explosion generated by the terrorist action in the #Brigada30, firm and unpolluted, the Virgin Mother of the country’s soldiers protected us and will protect us, leaving scars to alert us to the intentions of the wicked.”

Here’s one of the enlarged images:

Our Lady, please pray for us and protect us!

The Expectant Mother and the Pink...

Radically Depend on God: Why Gener...