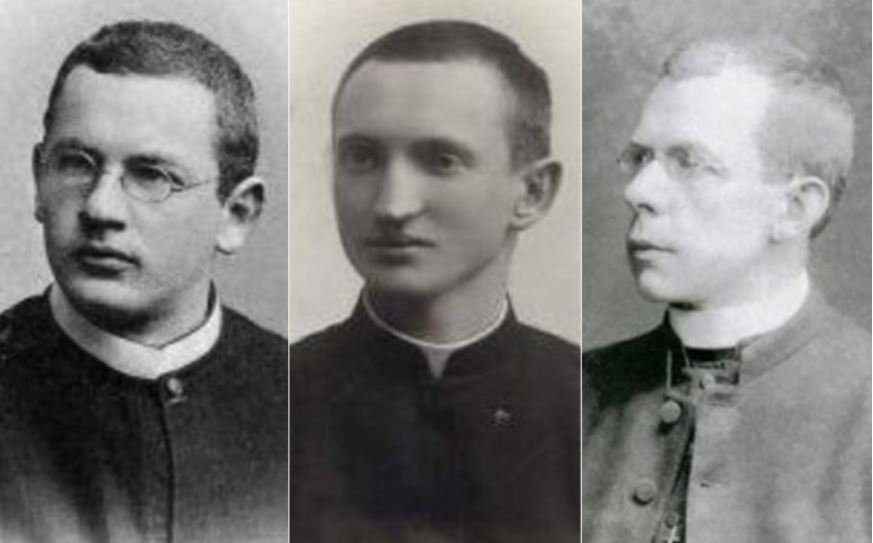 One twitter user recently posted photos of three heroic priests who offered their lives for the passengers aboard the Titanic before it sank on April 15, 1912.

The priests chose to minister to passengers on the ship rather than choosing a lifeboat to save their own lives.

The full tweet reads, “The three Catholic priests aboard the RMS Titanic that refused spots in the lifeboats, choosing instead to give their lives ministering to the passengers who were stuck on the ship.”

The three priests were Fr. Thomas Byles (age 42) of England, Fr. Josef Benedikt Peruschitz, O.S.B. (age 41) of Bavaria, and Fr. Juozas Montvila (age 27) of Lithuania. Each of the priests died on the ship, and none of the bodies were recovered.

On this website dedicated to Fr. Thomas Byles, survivors explained their experiences with the priest on the ship. Pope St. Pius X even described Fr. Byles as a “martyr” for the faith.

Here’s what one survivor said she witnessed as the ship sank:

“When the crash came we were thrown from our berths… Slightly dressed, we prepared to find out what had happened. We saw before us, coming down the passageway, with his hand uplifted, Father Byles. We knew him because he had visited us several times on board and celebrated mass for us that very morning.

“‘Be calm, my good people,’ he said, and then he went about the steerage giving absolution and blessings…

“A few around us became very excited, and then it was that the priest again raised his hand and instantly they were calm once more. The passengers were immediately impressed by the absolute self-control of the priest.

“He began the recitation of the rosary. The prayers of all, regardless of creed, were mingled and all the responses, ‘Holy Mary,’ were loud and strong.”

Here’s another witness’ testimony about the priests:

“When all the excitement became fearful, all the Catholics on board desired the assistance of priests with the greatest fervor. Both priests aroused those condemned to die to say acts of contrition and prepare themselves to meet the face of God.

“They led the rosary and others answered. The sound of the recitation irritated a few passengers, and some ridiculed those who prayed and started a ring dance around them.

“The two priests were engaged continuously giving general absolution to those who were about to die. Those entering the lifeboats were consoled with moving words.

“Some women refused to be separated from their husbands, preferring to die with them. Finally, when no more women were near, some men were allowed into the boats. Father Peruschitz was offered a place which he declined.”