The Fascinating History of a Monk-Brewed Beer: Founding of a World-Famous Trappist Brewery 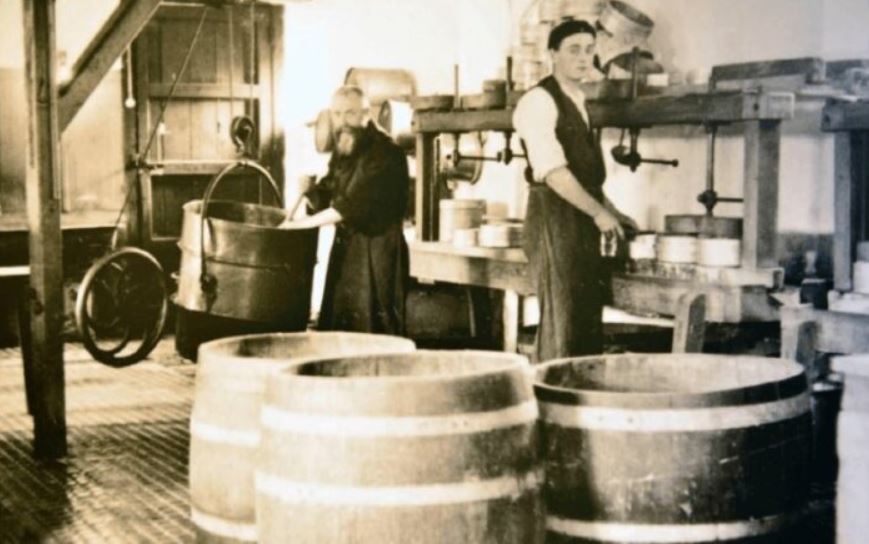 The Fascinating History of a Monk-Brewed Beer: Founding of a World-Famous Trappist Brewery

Welcome to Chimay in Belgium, just a few kilometers away from the French-Belgian border.

This is where the abbey of Notre-Dame de Scourmont has been located since 1850, and where they brew their very famous Trappist beers!

Let’s visit the beautiful Ardennes and discover this 19th-century abbey, and of course, its Chimay beers!

Scourmont Abbey was founded in 1850, when a Trappist community from Westvleteren Abbey moved to Chimay.

At the time, the region of Chimay was very poor. So the Prince of Chimay, whose ambition was to revitalize his region, asked 17 monks to found an abbey.

The beginnings of the community are quite difficult, partly due to the unfavorable climate. (It even freezes in July!)

The first potatoes were no bigger than walnuts, however, the Scourmont Abbey started with 10 brothers and grew to a community of 90!

Thanks to its growth and dynamism, the community created an agricultural school to contribute to regional development. This is quite rare, especially for a contemplative Trappist community.

At the beginning of the 20th century during World War I, the community continued its monastic life without any problems.

But World War II brought even more challenges for the monks.

They left the premises twice in 1940 and 1942. The brewery then closed during this period. Upon returning in 1944, they rebuilt the whole abbey as we know it today.

This provided an opportunity to modernize beer production, while also maintaining the tradition of authentic recipes and natural processes.

From then on, laymen outside the abbey took responsibility for administrative tasks.

About 30 brothers live in Scourmont Abbey today, and they still live according to the rule of saint Benedict, “ora et labora” (prayer and work).

The community organizes its days around the seven daily offices (the first at 4.30 a.m.) and work.

Although the brothers no longer physically involve themselves in beer production, they still supervise the Chimay’s beer brewing and cheese production inside the abbey.

It began 1862 when the monks built a brewery with the bricks from a closed agricultural school. They then brewery modernized in the 1990s.

Chimay’s nationally and internationally-renowned beers carry the “Authentic Trappist Product” logo. Only 12 breweries across the world can put this on their labels!

The logo certifies the following:

Where to find the Trappist beers from Scourmont Abbey

Visit the abbey in Belgium: Abbaye Notre-Dame de Scourmont, 6464 Chimay, Belgium. If you cannot do that, find them here.

What’s Cana Got to Do With Your Li...