“The Greatest Miracle”: Doctors Told Tim Tebow’s Mother to Abort – How He Survived an Impossible Pregnancy 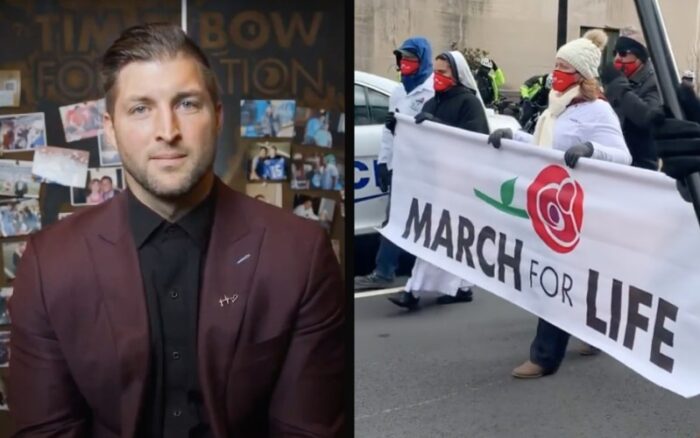 “The Greatest Miracle”: Doctors Told Tim Tebow’s Mother to Abort – How He Survived an Impossible Pregnancy

God can do anything!

We celebrate the 48th annual March for Life on Jan. 29. However, due to the coronavirus pandemic, the yearly pro-life event went virtual. Coordinators limited it to a few speakers and some small groups.

Tim Tebow began his address with a beautiful story of his mother’s miraculous fifth pregnancy.

Here’s the story below:

“In 1986, a missionary, preaching in a remote village in the Philippines, before he went on stage, God pricked his heart. God put on his heart all of the babies around the world that were being aborted. And he began to weep uncontrollably.

“So he went on stage and he preached that night. Afterwards, he made the long voyage home to his wife and his four kids. He told his wife, “Honey, I really feel that God put on my heart that we need to have another baby.

“And his wife said, ‘Listen, God didn’t put that on my heart.’

“But a few days later, God put on his wife’s heart as well. So the missionary, his wife, and their entire family (all four kids) started praying that she would get pregnant and that they could have another baby.

“A little while later, she got pregnant.

“But the pregnancy was not easy. It was really hard and really difficult. Actually, in fact, they didn’t even believe she was pregnant at first. They thought it was a tumor–a mass of fetal tissue.

“But then they realized that she was pregnant and she did have a baby in her womb. But all the doctors said, ‘You need to have an abortion. You need to get rid of him.’

“The pregnancy was so tough. There were so many setbacks and heartaches, but the whole time, she continued to trust God.

“Then, it came time to give birth, and a doctor who had been doing it over 35 years–this was his specialty–helping women give birth. And he helped deliver that baby.

“In over 35 years of doing it, he looked at her and said, ‘Of all my years, this is the greatest miracle that I have ever seen.

“I have no idea how he survived. The placenta is not attached, and there are so many different issues. I don’t know how he had the nourishment and the food to be able to survive. This is a miracle baby. Here is your baby, Mrs. Tebow.’

“And that day,” Tim Tebow concluded. “I got to meet my mom.”

Listen to Tim Tebow’s story below:

Pray for an end to abortion!

“Things Fall Apart; the Centre Can...