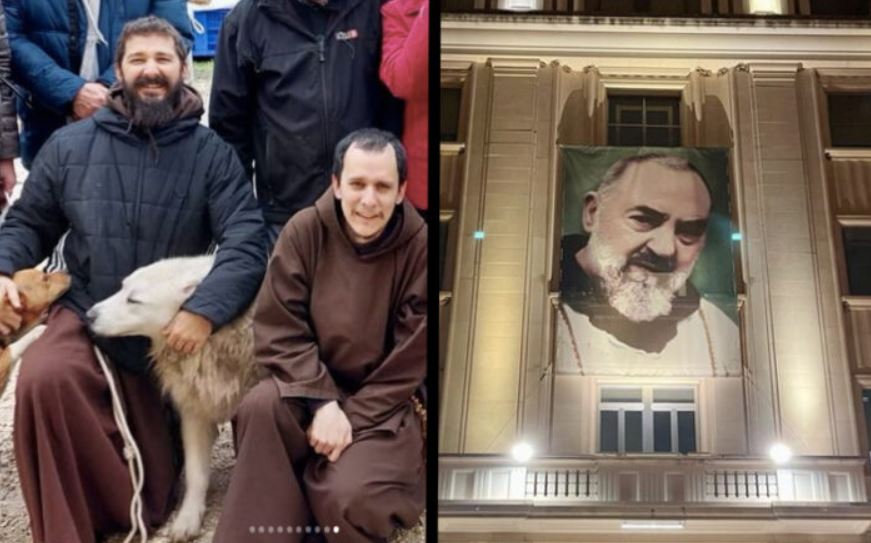 Last August, ChurchPOP reported that Transformers and Indiana Jones actor Shia LaBeouf will star as the lead role in an upcoming Hollywood film about the young life of St. Padre Pio, a 20th-century Italian priest, stigmatist, and mystic. Filmmaker Abel Ferrara will direct the movie.

Fr. Hai Ho, OFM, of the Franciscan Capuchins in Burlingame, Cali. posted another movie update with photos of Shia and the friars.

He explained that Shia and Br. Alex say “there have been many unexpected blessings” while filming. Br. Alex also plays a role in the movie.

Shia and the friars visited Padre Pio’s place of residence in San Giovanni Rotondo, Italy while filming. Along with several photos, Fr. Hai added that Shia went on a pilgrimage to Assisi and Loreto during their visit.

Fr. Hai’s full post reads, “[Padre Pio] movie update: Shia and Br. Alex report that there have been ‘many unexpected blessings’ throughout their time filming in [Italy]. Br. Alex even has a part in the [movie]!

“Here are pictures of them visiting the [Capuchin friars] in San Giovanni Rotondo, where Padre Pio lived and served. They also had the opportunity to go on [pilgrimage] to [Assisi] and [Loreto], as well as meet the General Minister of the Capuchin Order in [Rome].

“We continue to [pray] for them, for those involved in the movie, and for continual graces to flow through the intercession of Saint Pio of Pietrelcina.”

Here’s more of his photos:

This user said, “Praying Padre Pio moves Shia to what he’s been searching for! I believe a major conversion is happening in his life! Look at his smile!

The Padre Pio Foundation also wrote, “Thank you for sharing!!

Say a prayer for Shia LaBeouf and for the success of the Padre Pio movie!

In reversal, Missionaries of Chari...

Catholic priest in India will face...