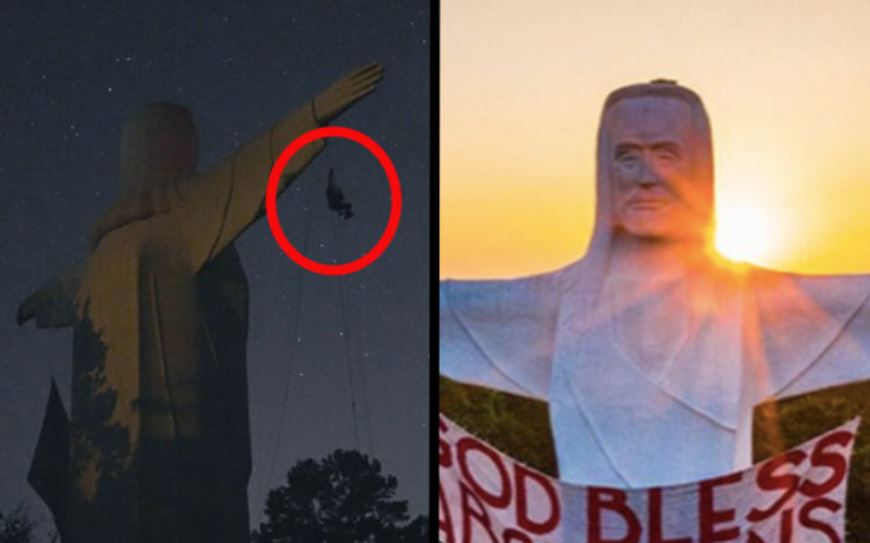 Vandals desecrated the seven-story Christ of the Ozarks statue in Eureka Springs, Arkansas early Friday morning. The statue is the tallest statue of Jesus in the nation.

Members of Indecline activist group took responsibility for the blasphemy. The group said they are neither “pro-life or anti-life,” but believe that abortions are a “miracle worth celebrating.”

The desecration comes in response to the Arkansas laws prohibiting most abortions. The group said there is “only one abortion clinic” in Arkansas, calling the laws “outrageous.”

“We think Jesus would understand the concept of a difficult decision. He supposedly had to make a few of them and understood sacrifice very intimately. The Christ of the Ozarks is visible from miles away, so we just treated it like a billboard,” the group’s Instagram post says.

“We aren’t necessarily ‘pro-choice’ or ‘anti-life,’ those terms are double-speak,” the post continues. “We just think abortion is a…miracle worth celebrating.”

Here’s photos of the vandalism below:

Pray for the conversion of pro-abortion activists! Our Lady of Guadalupe, pray for us!