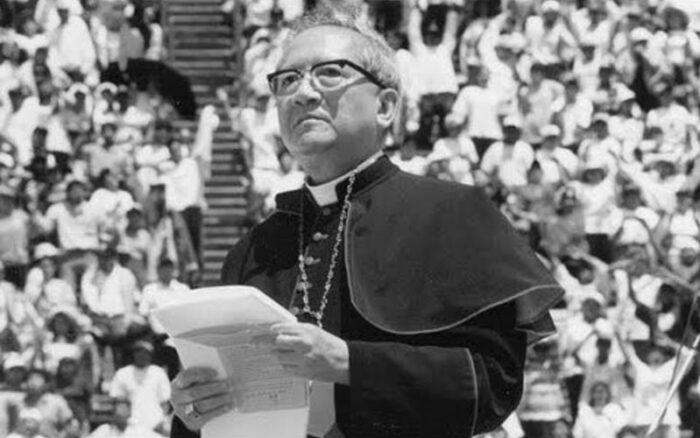 The late Cardinal Francis Xavier Nguyen Van Thuan is on track to sainthood because of his extraordinary faith and love in the midst of many suffering and mistreatments after the Vietnam War.

He was imprisoned by the Vietnamese Communists for many years, most of that in solitary confinement, because he was the nephew of the late South Vietnamese president, Ngo Dinh Diem.

They put him in prison without any real reason, except with the lame excuse of making sure that he was to be “re-educated” in the new Marx-Lenin socialist system.

He underwent many sufferings, but from that experience, the Servant of God learned to live his faith, love the Lord and his captors in the midst of trials.

In the beginning, he questioned and asked God why He would permit something like this to happen.

Yet, little by little, he began to embrace reality and tried to live his priesthood where the Almighty had planted him!

In the darkest time of his life, the late Cardinal learned how to love those who disliked him. He found strength and nourishment with the Mass, and at times, only with a few drops of wine and a little bit of water in one hand, and a piece of the host on the other.

He offered Mass for his people with the wine and hosts smuggled in as medicines for his weak stomach.

In his memoirs and talks, he mentioned that there were times that he was so tired, sick, or beaten down, that he could not pray. Yet, in those moments, he simply offered his sufferings as personal, loving sacrifices for his Diocese and the people that he was appointed to shepherd but could not due to imprisonment.

He learned much through silent suffering, uniting his hardships with the redemptive love of Jesus Christ for the welfare and goods of his people.

While imprisoned, Cardinal Thuan wrote his famous thoughts in The Road of Hope:

“In a solemn pilgrimage with thousands of people, everyone wants to carry the cross at the head of the procession. But in the pilgrimage of our daily lives, how many people are prepared to carry their own crosses? Indeed, it is difficult to be an unsung hero.”

Because of his kindness and love, the wardens of his various locations kept changing guards because he won over the hearts of his captors.

Those sent to watch him wanted to learn about the faith because they saw in him the genuine devotion and love. The higher-ups did not like it, hence further labeled him as a rebel who tried to indoctrinate the people with superstitious lies.

For his loving testimony of faith and courage, St. Pope John Paul II gave him the honor of the red hat in 2001. He was made a prince of the Church for the love worth suffering for–one that moves hearts of even hardest people!

In many of his talks, the cardinal often said that the Lord Jesus Christ is really bad at mathematics, and even worst with economic skills!

How can the Almighty ever do something so humanly irrational, unwise, or unproductive to seek out the unimportant, sinners, abandoned, or forgotten? Someone who is humanistic would focus on the more important and influential people, a productive or beneficial choice!

Yet, perhaps only the loving God who is merciful and gentle of heart could imagine and do such a thing for us who are His beloved.

Over and over again, the Sacred Scriptures remind us of God‘s relentless love and His compassion for us, even at times when we did not deserve it.

He forgave us at times when we could not even forgive ourselves. He gave His life for us, even though we, at times in our lives, did not think that life is worth living.

He pursued us when we wanted to rebel and stray away from Him in order to find our self-created happiness and ego-centered freedom.

I think our society talks much about love and belief in God.

It seems to be a trend now to simply say that one is a Christian or a believer, but some have become so vocal and really critical of others.

People often allow their frustrations, resentment, or anger to get the best out of them on social media and other public venues, that there seems to be no more common courtesy, respect, or the desire for civil discourse.

Many seem to have no problem using the Sacred Scriptures for their own self-righteous or personal agendas, but not many people allow the divine truth to transform them.

It seems to be easier to attack others or demonize them instead of truly listening, caring, and loving others as Christ Jesus loves us. If that was the case, the Lord‘s teachings and death on the Cross for sinners and those who hated Him would be in vain.

If that is the case, the late Cardinal Francis Xavier‘s own life experience would be in vain and would bear no value for our Christian call to holiness, because it would be easier to be self-righteous, condemn, and point the fingers at others without genuinely and humbly leading others to the Lord.

We are reminded that hatred, self-righteousness, tragedy, division, or any lesser human factors are never of God.

They are not the endpoints of our Christian vocation and call to holiness.

However, if we truly believe in His divine providence and trust in His faithful love, we have to believe that God can make all things good for those who love Him. (cf. Romans 8:28)

Perhaps right in the storms, trials, or sufferings of our faith journey, He is using it to deepen, transform, and strengthen our love!

We are never without Him and cannot do anything without Him. He is in the midst of it all, so we are invited to open up our hearts and invite Him into whatever is going in our lives now.

No matter what is going on, we are reminded that He has not given up on us: seeking, pursuing, calling us back, and using all things to make us stronger in our Christian vocation, mission and purpose–especially our call to holiness.

I think those who have loved someone can sympathize with God‘s own love — to pursue, embrace, and love someone even when that person pushes us away.

We only hope that when the person recognizes it, he or she will return with genuine self-giving love, too. That is all we can ever wish for in giving our everything to the person or people who are precious to us!

And if we feel this sense of pursuing and faithful love as human beings, I think that is what God wants, too, from each and every one of us, who, at one time or another in our lives wants us to love Him back with our everything instead of taking for granted His mercy and love for us.

Therefore, let us not be worried and held back from answering His love for us. Even though it is not always easy, it is so worth it! Even though our society loves to talk about love as if it is attractive and easy, we learn to put into practice though God’s calling to faithfulness.

It is hard, but to love is to pursue, seek, call, care, be patient, and give ourselves totally and completely to those around us so the divine love of God can shine in and through us.

Priest Bursts into Tears During Ma...