When Christ Spoke From a Crucifix: The Mystical Vision of St. Thomas Aquinas 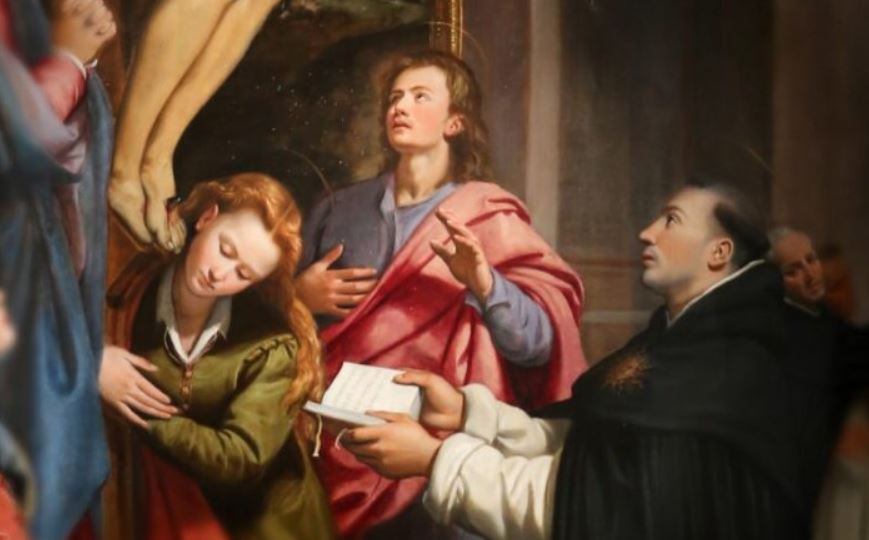 When Christ Spoke From a Crucifix: The Mystical Vision of St. Thomas Aquinas

The Church celebrates the feast of St. Thomas Aquinas, a Dominican priest, theologian, and Doctor of the Church, on Jan. 28.

He is well-known for his many theological and philosophical writings, including his work Summa Theologica, among many others.

In one instance,  Jesus spoke to St. Thomas Aquinas from a crucifix during Mass after he completed one of his writings on the Eucharist. St. Thomas then felt he no longer needed to write.

Three of his fellow Dominicans witnessed the account, explaining he was in ecstasy at the time.

“Thou hast written well of me, Thomas; what reward wilt thou have?”

To which St. Thomas responded, “None other than Thyself, Lord.”

Following this experience, St. Thomas told his confessor that he completed his writings. His confessor encouraged him to continue writing, but St. Thomas responded, “I can do no more. Such secrets have been revealed to me that all I have written now appears to be of little value.”

St. Thomas Aquinas passed away within one year of this mystical experience.