Women, Set the World on Fire! Why the Church Teaches You Build a Society Full of Life & Love 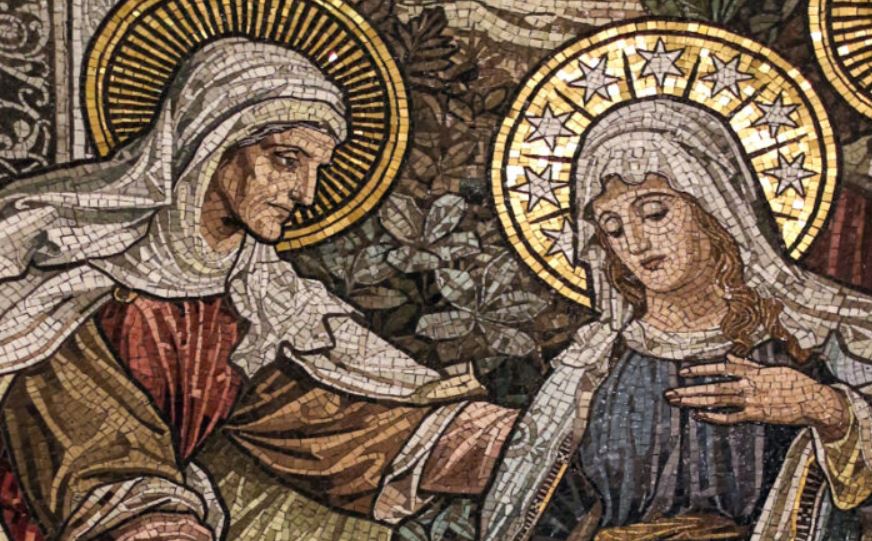 Women, Set the World on Fire! Why the Church Teaches You Build a Society Full of Life & Love

It is perhaps too obvious to note, but the fact remains that without the creation of Eve, or ‘woman,’ humanity would lack a social life entirely!

Until Adam “met his match” (Gen.2:23), there was no one to be within an equal relationship.

And the created order would certainly lack the three necessary societies: the family, civil society, and the Church. The Church considers them “necessary” for human happiness and flourishing.

We also know that after the fall of man, relationships went from order to disorder, from harmony to division, and from freedom and mutual self-gift to shame, selfishness, and fear.

To contribute to the restoration of the social order in modern times, women are especially key players and ought to study the Church’s teaching when it comes to doctrines pertaining to the crucial question of how to proceed in life together.

What is Catholic Social Teaching?

Wherever Catholic moral principles are taught—especially regarding virtuous relationships with our neighbors (matters concerning the virtue of justice, in other words), social teaching was involved.

However, when we discuss Catholic Social Teaching (CST) today, it is a collection of magisterial documents concerning social, political, and economic thought as a guide in cultivating, living, and expressing authentic justice and charity.

Woman, you have a genius all your own.

Pope St. John Paul II once said that “woman has a genius all her own, which is vitally essential to both society and the Church.”

One can understand this genius (an expression of the feminine spirit at its best) by examining certain attributes. St. John Paul II expresses what he finds are women’s attributes in his letter, On the Nature and Dignity of Women (Mulieris Dignitatem), particularly generosity, sensitivity, receptivity and maternity.

He wrote in the document, “It is commonly thought that women are more capable than men of paying attention to another person, and that motherhood develops this predisposition even more.”

Mother Teresa said something similar concerning personal and societal ills: “If we have no peace, it is because we have forgotten that we belong to each other.”

Women in particular are gifted with recognizing and cultivating this belonging to the other.

The feminine vocation is ultimately a call to spiritual motherhood, regardless of whether one is a biological mother or belongs to a religious order.

God calls all women to build and cultivate new life in the soul of another. This capacity is our gift! It is stunning seeing this manifest in the diversity of the female saints, canonized or hidden in our personal lives.

Without the feminine genius, building a civilization of love and life is impossible.

St. Edith Stein, who inspired Pope St. John Paul II’s writings on the feminine genius, once wrote, “The world doesn’t need what women have; it needs what women are.”

“But it is also possible for some of this to become visible in the external world…The deeper a soul is bound to God, the more completely surrendered to grace, the stronger will be its influence on the form of the church.

“Conversely, the more an era is engulfed in the night of sin and estrangement from God, the more it needs souls united to God. And God does not permit a deficiency.

“The greatest figures of prophecy and sanctity step forth out of the darkest night… Certainly the decisive turning points in world history are substantially co-determined by souls whom no history book ever mentions.

“And we will only find out about those souls to whom we owe the decisive turning points in our personal lives on the day when all that is hidden is revealed.”

Woman, the level of civilization rises or falls with you.

Pope St. John Paul II perceived and understood modern Catholic women’s struggles. He also recognized the temptation to use male criteria to judge our value and dignity, instead of examining ourselves in light of our own unique and God-given strengths and gifts!

In the same year he wrote a Letter to Women about this subject, he also released the Gospel of Life (Evangelium Vitae):

“In transforming culture so that it supports life, women occupy a place, in thought and action, which is unique and decisive. It depends on them to promote a ‘new feminism’ which rejects the temptation of imitating models of ‘male domination,’ in order to acknowledge and affirm the true genius of women in every aspect of the life of society, and overcome all discrimination, violence and exploitation.”

If women merely imitate men, instead of being themselves, it compromises the uniqueness, and therefore complementary of the two sexes:

“…the woman must ‘help’ the man — and in turn, he must help her — first of all by the very fact of their ‘being human persons,’ St. John Paul II wrote in Mulieris Dignitatem.

“In a certain sense, this enables man and woman to discover their humanity ever anew and to confirm its whole meaning.

“We can easily understand that — on this fundamental level — it is a question of a ‘help’ on the part of both, and at the same time a mutual ‘help.’ To be human means to be called to interpersonal communion.”

Lastly, children and families are compromised when women are not valued for their unique genius, but only for what they can contribute professionally or economically.

Whether a woman is a housewife, stay-at-home mother, a working professional, or both, she is not merely an economic subject of the state. Her gifts are particularly spiritual and therefore, intangible.

“It is a disservice not only to children, but also to women and society itself, when a woman is made to feel guilty for wanting to remain in the home and nurture and care for her children. A mother’s presence in the family, so critical to the stability and growth of that basic unity of society, should instead be recognized, applauded and supported in every possible way.”

In other words, a healthy society consists of healthy families.

The progress of humanity in these dimensions is not only more important, but “owes a special debt of gratitude to women.”

For women whom God calls to work or serve in the public sphere, where the temptation to imitate men might be greater, St. Edith Stein (a convert, a philosopher, a working professional-turned Carmelite nun and martyr) provides wisdom:

“Before they can be ready to assist others, women first need to be securely anchored in their own depths.”

Woman, you’ve done this before!

A close study of the Bible demonstrates that women are key players. For instance, Queen Esther, the harlot Rahab, and our Blessed Mother!

Later, in the second and third centuries, we see that women were the first converts to the Faith.

Happy marriages and family life, as well as the witness of the martyrs–particularly those of consecrated virgins such as St. Agnes, or mothers like Sts. Perpetua and Felicity–were essential in the transformation of the Roman Empire from a culture of death to a culture of life.

Women holding official church or political positions did not convert or transform the Empire. It was women being women–living and witnessing the life and love of Jesus Christ.

In a time similar to our own, when abortion and infanticide ran rampant, women who did not even have legal rights–women who were not even considered equal persons with men–set the world on fire!

If we did it then, with zero public power and recognition, we can certainly do it now!

“Women, you do know how to make truth sweet, tender and accessible; make it your task to bring the spirit of this council into institutions, schools, homes and daily life.

“Women of the entire universe, whether Christian or non-believing, you to whom life is entrusted at this grave moment in history, it is for you to save the peace of the world.”

Let us delve deeply into our rich inheritance by studying the Church’s exquisite Catholic Social Doctrine, and not only articulate the principles that ought to guide our cities, states, and countries but also live and embody them in those closest to us in our families, churches, schools, and neighborhoods.

A prayer to the “highest expression of the feminine genius”— Our Blessed Mother—from Pope St. John Paul II:

“May Mary, Queen of Love, watch over women and their mission in service of humanity, of peace, of the spread of God’s Kingdom!”