Christian advocates call for U.S. to condemn aggression against Armenians 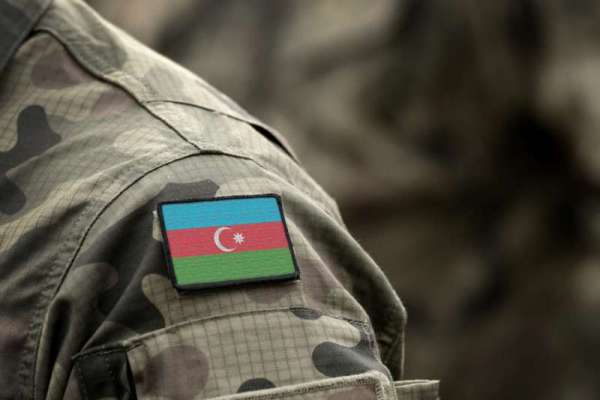 Christian advocates call for U.S. to condemn aggression against Armenians

CNA Staff, Nov 11, 2020 / 04:00 pm (CNA).- An ecumenical group of advocates for persecuted Christians is calling on the U.S. to condemn Turkey and Azerbaijan, amid a conflict over a disputed area in the Caucasus Mountains that has led to the deaths of over a thousand Armenians in recent months.

In a letter coordinated by the Philos Project, a group that advocates for religious pluralism in the Middle East, more than 40 signatories faulted Turkey for its “increasingly aggressive, anti-American foreign policy” and its support for apparent Azebaijani aggression against Armenians.

“Turkey and Azerbaijan, with a combined population of 100 million, are working with terrorist mercenaries to target Armenia, population 3 million…in a continuation of a century-long attempt to destroy a blockaded, landlocked, and partitioned state filled with descendants of genocide survivors,” the letter reads.

“What is worse, they are using American-made fighter jets and U.S. taxpayer dollars to further their genocidal policies. Azerbaijan is even using cluster bombs to attack residential areas – a war crime documented by Amnesty International,” it continues.

The signatories called on the United States to suspend all arms sales to Turkey and Azerbaijan until the conflict ceases. They also called on the U.S. to send aid to Armenia, and to initiate diplomatic efforts to resolve the region’s disputed status.

Signatories included Toufic Baaklini, President and Chairman of the Board of In Defense of Christians; and Bishop Gregory Mansour of the Eparchy of Saint Maron of Brooklyn.

In the Armenian genocide of 1894-1924, the Ottoman Empire— what today is largely Turkey— killed an estimated 1.5 million Armenians.

“The world ignored Turkey’s genocide of Armenians and other Christians a century ago. It would be a tragic mistake to ignore it again,” said Robert Nicholson, author of the letter and president of The Philos Project.

More than 1,300 soldiers have died on the Armenian side of the conflict alone since September 27, when Azerbaijan launched an offensive to retake the territory of Nagorno-Karabakh,, the New York Times reported.

Turkey is supporting Azerbaijan in what humanitarian and Christian aid organizations say is a campaign of violence against Armenian Christians in the terrority. Turkey’s military exports to Azerbaijan— including those of drones, ammunition and other weapons— have risen six-fold this year, Reuters reported last month.

Nagorno-Karabakh is an area recognized in the United Nations as belonging to Azerbaijan, a predominately Muslim country, but is administered by ethnic Armenians, who mostly belong to the Armenian Apostolic Church, one of six Churches belonging to the Oriental Orthodox communion.

Armenia prides itself on having been the first nation to adopt Christianity as a state religion, which it did in the year 301.

The disputed territory, which styles itself the Republic of Artsakh, has had an Armenian identity for millennia, and with that a rich Christian history.

On Oct. 8, militants shelled a cathedral of the Armenian Apostolic Church in the disputed territory, destroying part of the roof and damaging the walls of Holy Savior Cathedral in Shusha. Armenians said that Turkish-backed forces from Azerbaijan were behind the attack.

According to reports, a section of the cathedral’s roof was destroyed in the attack, while limestone walls were damaged and pews knocked over.

The largely-Muslim makeup of Azerbaijan and the history of Armenian Christianity is a key factor in the conflict, particularly amid reports that neighboring Turkey is actively exporting Syrian Islamist extremists to Azerbaijan to fight Armenia.

The dispute over the territory has been ongoing since the collapse of the Soviet Union, with a war fought over the region during 1988-1994.

In 2016 there was a four-day conflict in the area with heavy casualties. Skirmishes in July 2020 lasted a few weeks, and the current conflict had lasted for six weeks with lots of sniper fire and gunfire exchanges. There have been several unsuccessful attempts at a ceasefire in the current conflict.

Armenia and Azerbaijan announced early Nov. 10 the latest ceasefire agreement, brokered by Russia. The agreement has proven unpopular in Armenia, with thousands gathering in the capital Yerevan to protest. The ceasefire calls for territorial concessions in and around Nagorno-Karabakh no later than Dec. 1, and the deployment of nearly 2,000 Russian peacekeepers, the Associated Press reported.

Russia is selling arms to both sides of the conflict, as it is historically Christian but the Russian Orthodox Church has associated with Byzantium, while Armenian Christianity has historic links to the Coptic and Syrian churches of the East.

President Erdogan of Turkey has in recent years positioned himself as the leader of the Sunni Muslim world. In July, he reconverted the historic cathedral of Hagia Sophia into a mosque – a move that religious freedom advocates warned could affect far-reaching religious and geopolitical consequences.

U.S. relations with Turkey, a NATO member, have been especially strained since Turkey’s decision in July 2019 to purchase an air-defense system from Russia. Since then, reports suggest that several members of Congress have been quietly blocking multiple U.S. arms sales to Turkey, though the Trump administration lifted sanctions against the nation during Oct. 2019.

The U.S. Commission on International Religious Freedom stated in October that it was “dismayed to learn” of damage to the cathedral, and called for “the safeguarding of places of worship and religious sites.”

New Blessed Martyrs of the Spanish...