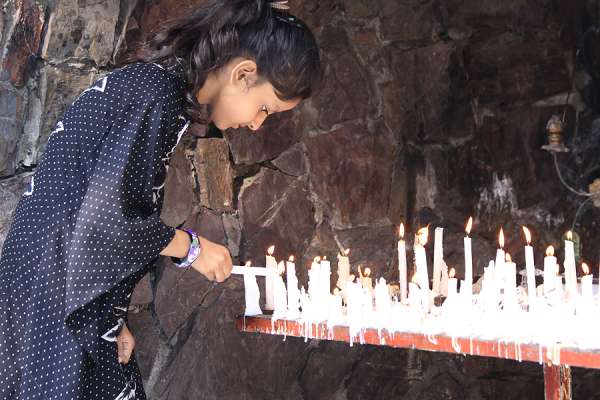 International Christian Concern, a group that advocates for persecuted Christians, said Dec. 3 that many of the victims of forced marriages in Pakistan are minors, and that sexual assaults and fraudulent marriages are used by perpetrators to entrap victims, with authorities often complicit.

Tahir Mehmood Ashrafi, the Pakistani Prime Minister’s Special Representative on Religious Harmony, stated at a Nov. 30 joint press conference that Kahn had “ordered an investigation on a case-by-case basis of incidents of forced conversions of minor girls belonging to minority communities, particularly Christian and Hindu, to find reasons for this issue.”

ICC cited a 2014 study by the Movement for Solidarity and Peace Pakistan, which found that an estimated 1,000 Christian and Hindu women are abducted, forcefully married, and forcefully converted in Pakistan every year.

In a high-profile case this fall, a 44-year-old man kidnapped Arzoo Raja, a 13-year-old Catholic girl from Karachi, before forcing her to convert to Islam and marrying her.

Child marriage is technically illegal in Pakistan, but courts typically do not enforce these laws. Sharia, which is used in some judicial decisions in Pakistan, permits a child to be married after her first menstrual period. Pakistan’s state religion is Islam.

Ali Azhar kidnapped Raja in broad daylight Oct. 13. Raja’s parents were informed days later by the police that their daughter had converted to Islam and had married Azhar, allegedly of her own free will.

Two weeks after her abduction, on Oct. 27, the Sindh High Court, based on statements the girl gave saying she was 18, ruled the marriage was valid and that Azhar would not be arrested.

The High Court reversed itself and ordered police to find the teenager Nov. 2, the BBC reported. She was recovered later that day and Azhar has subsequently been charged with rape.

During August 2019, Catholic and other religious leaders signed a joint resolution asking the Pakistani government to adopt safeguards protecting religious minorities, a move that they said is much needed in the 97% Muslim nation.

The first point adopted in the joint resolution urges that the minimum age for marriage be made 18 years; the current marriage age for women is now 16.

The religious leaders also noted that “there is no forced conversion according to the Holy Quran.” On that basis, they urged legislation against abduction, sexual violence, and subsequent forced conversion to Islam, which acts they said do not propagate “the true spirit of Islam.”

The Center for Social Justice (CSJ), a Pakistani Catholic rights organization, plans on Dec. 8 to present a resolution to the government calling for an urgent response to protect the rights of religious minorities, particularly regarding forced conversions.

The country was designated, for the first time, a “Country of Particular Concern” in December 2018 for its religious freedom record by the US Department of State.

Pakistan’s blasphemy laws, introduced between 1980 and 1986, impose strict punishment on those who desecrate the Quran or who defame or insult Muhammad. Although the government has never executed a person under the blasphemy law, accusations alone have inspired mob and vigilante violence.

Blasphemy laws are reportedly used to settle scores or to persecute religious minorities; while non-Muslims constitute only 3 percent of the Pakistani population, 14 percent of blasphemy cases have been levied against them.

Many of those accused of blasphemy are murdered, and advocates of changing the law are also targeted by violence.

Last year, an EU official told CNA that the acquittal and release of Asia Bibi – a Catholic woman who spent nearly a decade on death row for blasphemy charges – showed promise for the development of religious freedom in Pakistan. Her conviction was overturned in October 2018.

Benedict XVI has not lost his voic...