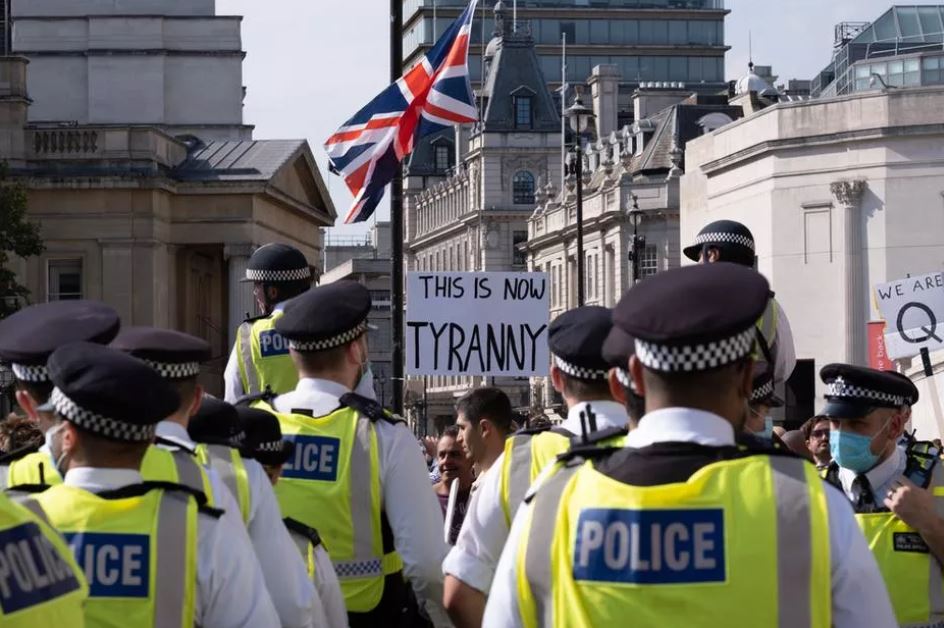 CNA Staff, Nov 18, 2020 / 05:29 pm (CNA).- A group of Christian leaders is challenging orders to shut down churches in England and Wales, saying the move violates religious freedom protections and has not been shown to be necessary to fight the spread of the coronavirus pandemic.

More than 120 church leaders from various Christian denominations are challenging orders to shut down churches in England and Wales. The religious leaders say the government has not produced evidence justifying the strict treatment of worship services.

The evangelical group Christian Concern’s Christian Legal Centre is backing the church leaders in their legal challenge to the Secretary of State for Health and Social Care.

The government, they argue, failed in its duties to determine whether there is in fact grave risk of spreading COVID-19 if places of worship are left open. Government regulations have exceeded the powers of the 1984 public health act, they claim. They also cite the permission given to continue to use religious premises for secular purposes, but not religious ones, arguing this is self-contradictory.

Members of Parliament approved Nov. 4 a four-week lockdown in England that began Nov. 5, following a surge in coronavirus cases. During the lockdown, places of worship will be allowed to open only for individual prayer, with the exception of funerals, which 30 people may attend. Group prayer or group worship is banned.

In addition to closing houses of worship, the regulations will shutter bars, gyms, and non-essential shops until Dec. 2. Schools will remain open.

The blanket ban has faced challenges from Catholic, Church of England, and Pentecostal Christian leaders as well as from representatives of Orthodox Judaism, Muslims, Hindus and Sikhs.

The legal complaint continues these challenges.

“The English and Welsh governments have now introduced two successive sets of lock down measures which have completely prohibited and criminalized public communal worship, a core aspect of religious life for the claimants and their congregations,” the complaint said. “With these measures, the governments have inflicted a terrible human cost, without rigorous consideration of less onerous restrictions, and as part of a package which leaves places of worship open for secular activities.”

Pastor Ade Omooba, a Pentecostal leader heading the group of 122 objecting Christian leaders, said the present time is a “significant moment” for the freedom to worship in church. He said the group calls on the government to “recognize the vital importance of church ministry and the principle of church autonomy from the state.”

A government spokesperson defended the restrictions, saying, “The government doesn’t take imposing further restrictions lightly, but this action is vital in tackling the spread of the virus.”

“Places of worship bring huge solace and comfort to people, especially during this challenging time,” said the spokesperson. “That is why they remain open during this period of new restrictions for private prayer and other vital functions like funerals.”

“We continue to work closely with senior faith leaders and the places of worship task force, as we have throughout the pandemic,” the spokesperson said, according to the U.K. newspaper The Independent.

As of Nov. 16, over 52,000 people had died of the novel coronavirus in the entire United Kingdom, the highest number of deaths in Europe. There have been over 1.3 million reported cases of infection. The seven-day average of new cases is at about 25,000 per day, compared to 1,339 per day on September 1.

Restrictions on public activity, including religious gatherings, have been implemented across the world to limit the spread of the coronavirus and to prevent health care resources and personnel from being overwhelmed by patients suffering severe cases. In the initial months of the pandemic, religious gatherings were a particular concern because of early outbreaks at these gatherings which appeared to spread the virus very quickly.

More recently, many religious leaders have pointed to data indicating that religious services are relatively safe when public health recommendations are followed, including limits on congregation sizes, mandatory physical distancing between different households, the wearing of masks, and handwashing.

Legal challenges have resulted in many places, with religious leaders arguing their venues are no different than similar gatherings or venues that are sometimes treated less strictly by public health orders.

The church leaders also aim to challenge the Welsh Assembly’s three-week “firebreak,” a time of restrictions on gatherings which concluded Nov. 9. During this time, police shut down one worship service on the grounds it was illegal.

Another clergyman backing the complaint, Rev. David Hathaway, President of Eurovision Mission to Europe, said the government has “failed to recognize the centrality of faith to a Christian’s life.”

“Sunday worship and access to church buildings has been treated like a mere hobby or pastime rather than foundational to national and Christian life,” he said.

Dr. Gavin Ashenden, a former Honorary Chaplain to the Queen, cited the long history of government attempts to control, restrict and prohibit Christian worship in England. He mentioned the 12th century assassination of Archbishop of Canterbury St. Thomas Becket, and the treatment of both Catholic and Protestant dissenters.

“Church leaders as their successors have a duty both to ensure we are faithful to their memory and sacrifices and in our generation to be faithful to our God and our consciences,” Ashenden said. “Such fidelity sets us in polite but determined opposition to any government that closes the doors of Churches, prohibiting access to the sacraments and our corporate responsibilities to God and to one another.”

Catholic leaders have also been critical of the blanket ban. Cardinal Vincent Nichols of Westminster and Archbishop Malcolm McMahon of Liverpool on Oct. 31 said that the government’s plan to halt collective worship would cause “deep anguish.”

“Whilst we understand the many difficult decisions facing the government, we have not yet seen any evidence whatsoever that would make the banning of communal worship, with all its human costs, a productive part of combating the virus,” they said. “We ask the government to produce this evidence that justifies the cessation of acts of public worship.”

Nichols and McMahon are, respectively, the president and vice-president of the Bishops’ Conference of England and Wales.

Though he is not part of the latest legal challenge, Nichols joined leaders of various English communities in a Nov. 3 letter to Prime Minister Boris Johnson.

“We have demonstrated, by our action, that places of worship and public worship can be made safe from Covid transmission,” the letter said. “Given the significant work we have already done, we consider there to be, now, no scientific justification for the wholesale suspension of public worship.”

Christian Concern noted the example of Germany, where Prime Minister Angela Merkel refused to close churches during the country’s current lockdown on the grounds that doing so would raise serious constitutional issues.

In France, all public religious gatherings throughout the country, including public Masses, have been suspended until at least December 1. All businesses deemed non-essential, including restaurants, are closed, but schools remain open.

Protests against the church closures have taken place across France, including in major cities. A Sunday protest planned in Paris in front of the Church of Saint-Sulpice was prevented by police after authorities said that it violated an order against praying in the streets.

At the outdoor gatherings, Catholics sang hymns and prayed the rosary under police supervision. Catholic demonstrators can be seen in photos holding signs that read “We Want Mass” and “God the King.”

The French bishops’ conference made a legal appeal to the Council of State, arguing that that the prohibition of public Masses violates freedom of worship. Their appeal was rejected Nov. 7, though the judge ruled that churches can remain open and Catholics can go to a church if they carry the necessary paperwork. Catholic weddings can take place with a maximum of six people and funerals with no more than 30 people in attendance.

France’s bishops have proposed the resumption of Masses with attendance limited to 30% of each church building’s capacity.

Two Churches in Washington State B...