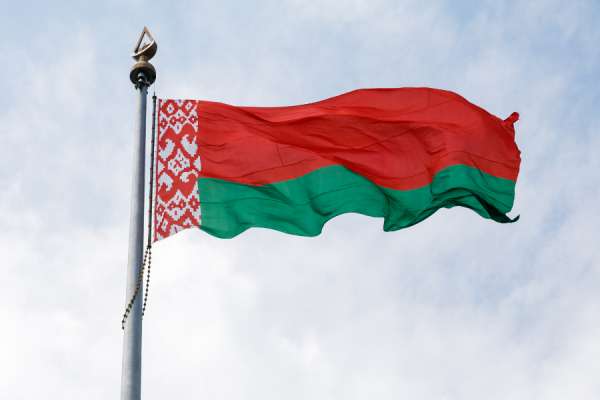 Zhuk is pastor of the local parish of St. Vladislav and Varanko serves at the Greek Catholic parish of the Resurrection of Christ.

The website said that police detained the priests on Tuesday afternoon and took them to the city’s Pershamaiski police department.

It added that, according to relatives of one of the priests, the two men were due to stand trial Dec. 9 under the articles of the Code of Administrative Offenses of the Republic of Belarus.

Zhuk, a Jesuit priest, had contributed Sunday homilies to Catholic.by. The website urged relatives and friends to support the detainees with prayer.

They are not the first Catholic priests to be arrested since mass protests broke out in Belarus following a disputed presidential election in August.

AsiaNews, the press agency of the Pontifical Institute for Foreign Missions (PIME), reported Dec. 5 on the arrests of two priests in separate incidents.

It said that on Dec. 4 the prosecutor of Vitebsk had ordered Fr. Vjačeslav Barok to be arrested and detained for 10 days in Novopolotsk prison.

Barok was reported to the authorities by a police officer who saw that the priest had posted an image by the artist Vladimir Tsezler on his Facebook page. The work showed a swastika decorated in the red-and-green colors of the Belarusian flag adopted in 1995, a year after President Alexander Lukashenko came to power.

Tsezler’s work is entitled “Stop to Lukashism,” but the priest was reportedly accused by the authorities of using Nazi propaganda symbols, as well as taking part in a public demonstration.

AsiaNews also reported that on Nov. 30, the Greek Catholic priest Fr. Vitalij Bystrov was sentenced to 10 days in prison for taking part in a protest in the city of Brest on Oct. 25. A magazine serving Greek Catholics in Belarus said that Bystrov had only been a bystander at the protest.

The Prosecutor General’s office issued a formal warning on Nov. 18 to Bishop Yuri Kasabutsky, an auxiliary bishop of the Archdiocese of Minsk-Mohilev, regarding social media posts by Catholic clergy after the authorities destroyed a memorial to Raman Bandarenka, a 31-year-old artist reportedly beaten to death by security forces.

The crisis following the disputed election — in which Lukashenko claimed to have won 80% of the votes — has not only engulfed the Catholic Church in Belarus but also drawn in the Vatican.

Archbishop Tadeusz Kondrusiewicz, president of the country’s Catholic bishops’ conference, was prevented from returning to the country on Aug. 31.

The archbishop of Minsk-Mohilev had spoken out in defense of protesters and said he feared the country was heading towards civil war. He prayed outside a prison where detained protesters were reported to have been tortured and also demanded an investigation into reports that riot police blocked the entrance to a Catholic church in Minsk.

Archbishop Paul Gallagher, the Vatican’s Secretary for Relations with States, visited Belarus in September in an attempt to resolve the impasse. But Kondrusiewicz remains barred from his homeland.

Earlier this month, Lukashenko, who has served as president of Belarus since the role was created in 1994, received the Holy See’s new ambassador to the country, Archbishop Ante Jozić.

The state-owned new agency BelTA reported that Lukashenko told the nuncio that Belarus and the Vatican enjoyed “special relations.”

“On the international arena, together we consistently promote such important initiatives as combating human trafficking, combating violence against children, and protecting traditional family values,” he said.

He added: “We count on the consolidating and constructive role of the Catholic Church in Belarusian society.”