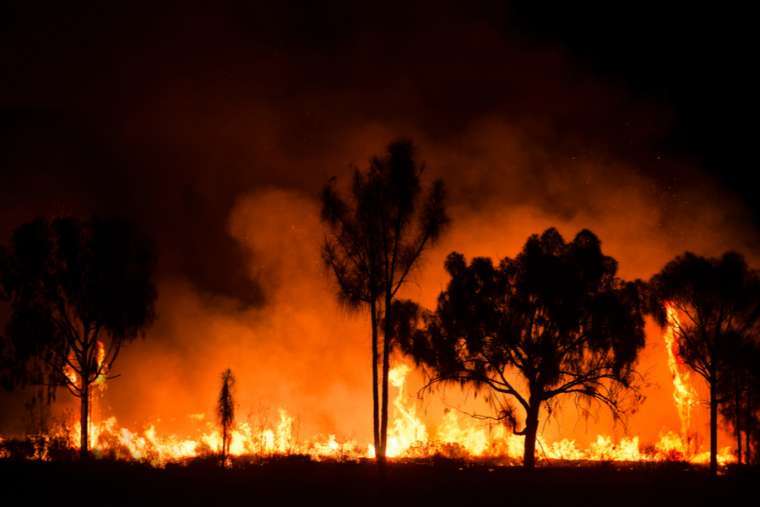 In the latter half of 2019 and the first few months of 2020, Australia contended with massive, devastating bushfires that burned more than 45 millions of acres of land and directly killed 34 people, with an estimated 400 or more additional people killed due to smoke inhalation.

In March, like the rest of the world, states and cities in Australia enforced strict lockdowns in an effort to “flatten the curve” of the coronavirus pandemic, sending people into uncertain isolation and causing some to lose their jobs.

These “tumultuous upheavals, unprecedented in our lifetimes” are a large part of the reasons the Australian Catholic bishops have chosen mental health as their social justice focus of the upcoming year.

“We want to say clearly that mental ill-health is not a moral failure, the result of a lack of faith, or of weak will. Jesus himself was labelled mad and, like us, he suffered psychological distress,” Archbishop Mark Coleridge of Brisbane, president of the Australian Catholic Bishops Conference, wrote in the opening of the conference’s 2020-2021 Social Justice Statement.

“People experiencing mental ill-health are not some ‘other’ people, they are ‘us’. People in our families, faith communities, workplaces and society are suffering mental ill-health – and they can be of any age or socioeconomic background. Whoever and whatever they are, they need our understanding and support,” Coleridge added.

The 20-page statement was entitled “To Live Life to the Full,” which the bishops noted is a reference to John 10:10, in which Jesus said: “I came so that they might have life and have it more abundantly.”

“Mental health is not simply the absence of illnesses, but having the capacity and opportunity to thrive – that is, to participate in the fullness of life to which Jesus invites us,” the bishops said.

In the statement, the bishops outlined areas of risk for mental illness among people of different ages, and called for better mental health services that serve a broader range of people.

Mental illness often first appears before a person turns 25, the bishops noted, and there are a variety of pressures on young people that can exacerbate mental illness, such as “pressure to succeed at school, to start university or find work. Lack of affordable housing, significant debt early in life, and the ‘gig economy’ can cause huge pressures.”

The bishops said they were “deeply saddened” by the high suicide rate of people ages 15-24 in their country. Orygen, an Australian organization that works to improve the mental health of young people, reported that indigenous Australians are particularly at risk for suicide: the suicide rate “for indigenous Australians aged 15-24 is 40.5 per 100,000; more than three times the rate of non-indigenous young people (11.7),” the group reported last year.

“This is a growing problem,” the bishops said. “(Suicide) accounts for around one third of deaths among people in this age group, with around 90 percent of victims experiencing mental ill-health.”

The bishops also noted that people over the age of 75 are also at increased risk for mental illnesses such as depression, as their overall health declines and social isolation increases. They also acknowledged postpartum depression and financial and relational stressors as other factors that can worsen mental health within families.

Devastating bushfires and widespread drought in recent years have also “led to resignation and loss of hope. Sadly, that loss of hope has seen some take their own lives. Suicide rates in rural and remote communities are 66 per cent higher than in major cities,” they said.

“The recent bushfires wiped out entire communities. Lives were lost, communities displaced, homes and businesses were destroyed. The greater frequency and intensity of weather-related disasters amplify the impact climate change is having on mental health,” the bishops added.

The forced isolation and disruption caused by the coronavirus pandemic, including economic hardships and job loss, are also adding to the mental health burdens of the country, they said, though they expressed hope that the universal “experience of anxiety and distress will help us to remove the stigma and discrimination that has surrounded mental illness over the centuries.”

Churches and related organizations “should be places of acceptance, care and healing, not places of rejection or judgement,” the bishops said. “Furthermore, as Pope Francis constantly reminds us, we have to take the initiative to go out to those pushed to the edges, rather than waiting for them to come to us seeking welcome.”

Better mental health services and greater access to them are needed throughout Australian communities, the bishops noted, particularly among at-risk populations, and for those in rural and remote areas, and for the working-class and poor, who need access to after-hours and more affordable care.

The bishops also called on parishes to increase mental health awareness among their people, to work to reduce the stigma around seeking mental health care, and to connect with mental health networks in their local area.

“We are called to restore the Body of Christ by making mental health a key priority, acknowledging and including people living with mental ill-heath within our communion and the heart of Australian society.”

Pope Francis prays for victims of...