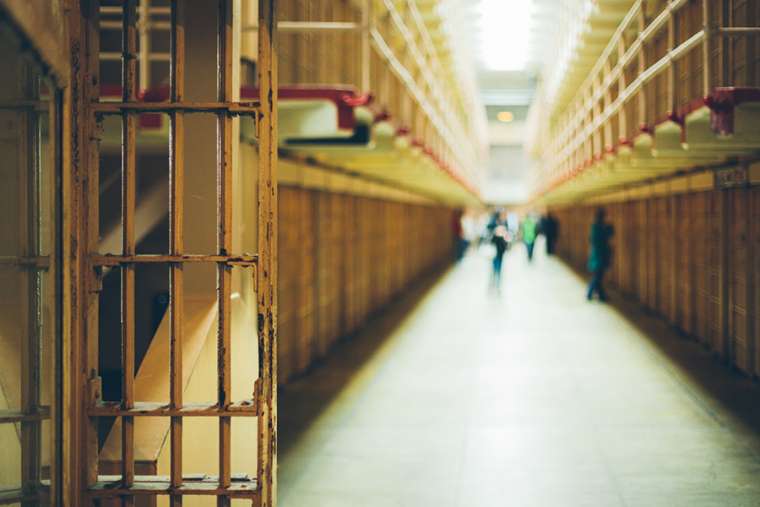 Bishop Thomas Zinkula of Davenport, Iowa has written a letter to the local homeland security chief asking for the release of three detained immigrants from Guatemala.

The bishop says that the three men are non-violent offenders who pose little risk to the community.

“The present COVID-19 pandemic places immigrants being detained in a very vulnerable situation,” he says in the letter, addressed to Michael Hindman, Homeland Security Chief of Cedar Rapids.

Zinkula told CNA that he read about the situation of the three men and their families in the local press and in emails from the Iowa City Catholic Worker House.

Jose Cerillo and his two brothers-in-law, Jacinto Cuyuch-Brito and Juan Daniel Cuyuch-Brito, were arrested March 4 in a Cedar Rapids immigration raid, according to local media. They were charged with possessing false work documents or entering the country illegally.

Jose’s wife, Juana, spoke at a May 6 press conference in Cedar Rapids. She said that law enforcement officers knocked on the door of their apartment shortly before 7 a.m. on March 4. The officers broke down the door, and searched their clothes and phone contacts, she said, according to The Catholic Messenger.

Juana said she was questioned for more than two hours. At the May 6 press conference, said she was worried about her husband, who is being held in Linn County Jail, which has seen at least two confirmed cases of the coronavirus.

Jose has a serious heart condition, his wife said, making him more likely to experience serious or fatal complications from COVID-19.

“We’re just here to work. We come here because we have to, out of need,” Juana said, according to the Des Moines Register. “If one of us gets it and we ended up dying, we won’t get to see each other again.”

Jacinto Cuyuch-Brito’s wife, Rosa, is also struggling with her husband’s absence. She and her baby boy – who was just two months old at the time of the arrest – have moved into the local Catholic Worker House, because they cannot afford to pay rent with her husband detained.

Bishop Zinkula said he was struck by Rosa’s story and wanted to see if there was a way that he could help. While writing a letter is a simple action, he said he thought “maybe given my role, I could give it a little more attention.”

The letter argues in favor of allowing the men to return home to their families while the await their court proceedings.

“Providing less restrictive sanctions will reduce the risk of exposure to the coronavirus for these three nonviolent individuals, those who are in jail for legitimate public safety reasons, and jail staff continuing their frontline essential public safety work,” the bishop writes.

“These are basic principles of [Catholic] Social Teaching – the dignity of each and every human life,” Zinkula told CNA. “We’re all children of God, and everyone should be treated with respect. This is just an application of that principle. Here’s this real-life situation, where it doesn’t seem like that’s happening.”

He noted a CDC analysis in April which found that among correctional and detention facilities reporting statistics, 86% of jurisdictions had inmates testing positive for coronavirus. Because social distancing is difficult in prison environments, jails throughout the country have become hotspots for the virus.

Zinkula has not received a response to his letter, which was sent May 7, but is still hopeful that the three men will be released from detention.

The bishop encouraged the faithful to “look at the situation through a Catholic lens rather than a political lens. Remember, we’re Catholic before we’re members of a particular party.”

Better to engage WHO than leave, U...