Co-Creation: ‘Be Fruitful and Multiply, and Fill the Earth’ 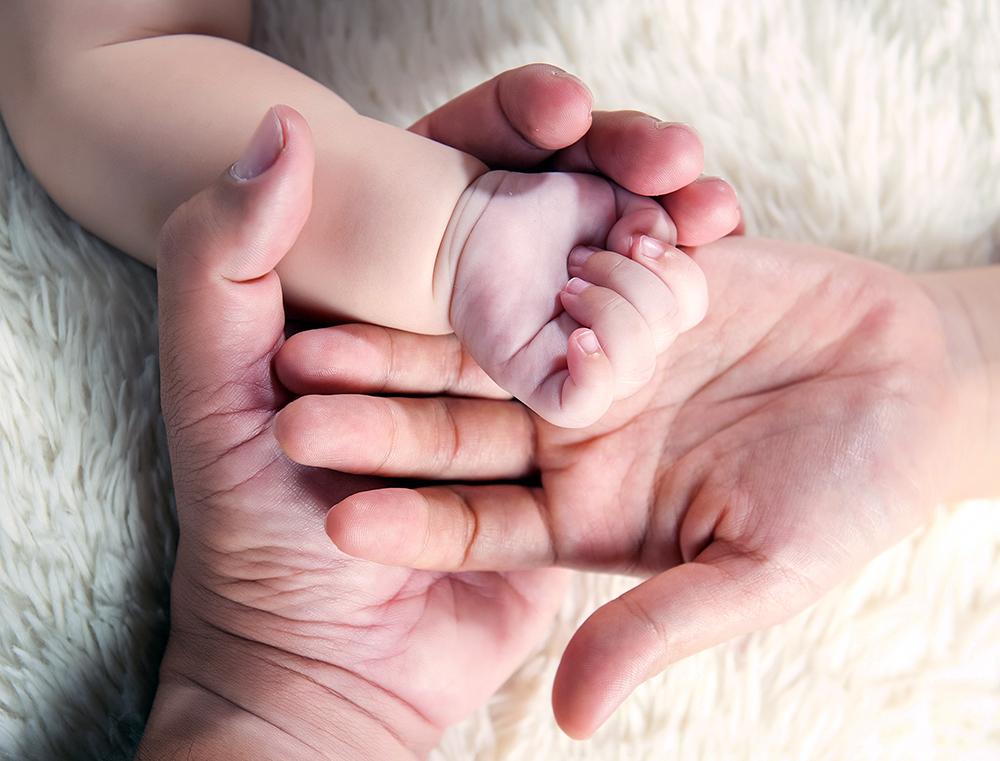 Co-Creation: ‘Be Fruitful and Multiply, and Fill the Earth’

“By transmitting human life to their descendants, man and woman as spouses and parents cooperate in a unique way in the Creator’s work.” (CCC 372)

Recently, my wife and I had the tremendous blessing of welcoming a new child into the world and into our family. After 10 years of marriage and four daughters, we had our first baby boy on July 13, the day the secret of Fatima was revealed — including the “O My Jesus” prayer, about which I was asked to co-author a short book on back in 2017. It was also the first day of the 33-day St. Louis de Montfort Total Consecration to Mary which I do every year for my birthday on Aug. 15.

Needless to say, it was a very special day for us. And indeed it always is. But it was also yet another reminder to me, in a deep and profound way, of how mystical it is to be a parent — what St. Pope Paul VI described as becoming co-creators, with God, of another human life.

The mystery of bringing a life into the world has been illuminated in the weeks that followed our son’s birth by the fragility of that life. We had a short NICU visit the day he was born, but were released right on schedule a couple of days later. After coming home with our son, Fulton, things started rather quickly to get more and more complicated. To spare the details and get to the heart of the matter, we required three ER visits, one ambulance ride and an extra four-day stay in the hospital to help figure out how to get him to eat and breathe at the same time.

Thanks be to God, everything is settling down now, but I wanted to take a chance to share some of what this experience has revealed to me, yet again, about the mystery of God and the beauty of being created in his image.

Since this was our first boy, my older daughters have been ruminating on the differences to expect with having a baby brother. They thought he’d obviously play with different toys, maybe like Star Wars even more than they do, and that he’d probably protect them someday. But since he was born at 37 weeks, he turned out to not have enough strength to properly feed himself.

During our time in the hospital, the nurses told us they see this all the time. They say 37-week-old babies can be totally fine and require no special treatment, but that usually applies to girls. But 37-week-old boys, they said to us many times, tend to be wimpy and lazy. They’re not strong enough. Most of the girls born at that age are strong and do fine on their own. But not the boys — they’re weak.

As we shared this diagnosis with my oldest daughter, who is 9 years old, she remarked, “But daddy, I thought boys were supposed to be strong. How can girls be stronger than boys?”

And suddenly my view of the complementarity of men and women was deepened and reconfigured. There has always been an element of mystery to me in thinking of complementarity. Fulton Sheen and St. John Paul II, two of my heroes, treat the issue very differently. Sheen gives more voice to the stereotypical view of complementarity, where strength and discipline are masculine traits, while receptivity and love are feminine traits. John Paul II talks more carefully about the individual traits of a man and a woman, of the link between the persons and the way human nature completes itself in an authentic gift of self. He preserves some sense of complementarity, but does so in a much more nuanced fashion than Sheen.

My daughter’s question, and the reality of my weak and frail son, helped me see things in a new light. I realized that the weak, lazy boy motif the nurses kept repeating was incomplete. It’s true, Fulton wasn’t as strong as he needed to be. But that wasn’t the whole picture.

The more impressive thing I witnessed in the hospital was the tremendous strength of my wife. Her maternal instincts kept her fighting through her own difficulties (recovery from major surgery in the midst of NICU, ambulance rides and an emergency room baptism are the highlights). She stayed up all night to feed him, asked all the questions, and remained unsatisfied until we knew for sure what was going on with our son. That wasn’t a reversal of gender roles — it was an authentic complementarity.

My wife was a warrior for those days and still is, as we transition into somewhat “normal” life with a newborn. In time, we do hope to see our son grow to be strong and to be able to protect others, but we also want him to be able to love and care for others. I think here of Pope Francis’ line inAmoris Laetitia: “A father possessed of a clear and serene masculine identity who demonstrates affection and concern for his wife is just as necessary as a caring mother. There can be a certain flexibility of roles and responsibilities, depending on the concrete circumstances of each particular family.”

As we grow and age, we see the ways in which these roles necessarily adapt and change. At birth, Fulton was weak and needed a superhuman mother to care for him. Eventually we will be old and perhaps he’ll look after us then. There is a deep mystery here, and I’ve only just scratched its surface, but it’s something I wanted to at least begin to digest.

A second lesson I’ve learned from our new child is to see the beauty and joy of what it means to become like a child (cf. Matthew 18:3).

There are two sides to this. First, the utter dependence of our newborn on us for his basic needs and indeed for all of his needs. He cannot do anything on his own; we have to do it for him. Every feeding at this stage is a serious moment which requires the proper angle, position and a quiet environment. We change his clothes every time he spits up and change his diaper every couple of hours. Notice that it is our son who is the powerless one, and my wife and I who have to pour ourselves out in his service. The effort, the work, the sacrifice, falls on us. In much the same way Jesus sacrificed himself for us.

He took on human flesh, lived an ordinary existence, and experienced the ultimate pain and suffering of his death on the cross. He spent his life to give us eternal life. Parents spend ourselves to give our children human life and to see to it that they receive an education and the sacraments. Seeing our son and caring for him just reminds me of how much God has given for me, and indeed for all of us. And as my wife lay in surgery for the C-section, they drew her arms out so that she was laying cruciform while they brought life out of her side. It was really a beautiful and mystical experience.

In addition to realizing, again, how much we depend on God, this time around we’ve seen in our house the joy of a child, in the presence of another child. We have a 2- year-old daughter who, without fail,everysingle time she sees her new brother, beams with joy, stops what she’s doing, comes over to him and just beholds his face. She never ceases to wonder at the beauty of her brother, who she lovingly calls “my buddy.” She probably asks “I hold my buddy?” at least 50 times a day. She tries to help with feedings, watches us carefully as we change Fulton’s outfits, and watches with curiosity as we bathe him. Immediately upon waking up, she looks for her buddy, for baby Fulton, and she smiles at him and tries to hug him.

Something about this has just convicted me once again of how much we can learn from children. She not only shows us, as a 2-year-old, how much we ought to depend on God. She is already showing me how to properly welcome a child. She’s teaching me lessons.

To return to John Paul II, inFamiliaris Consortio, he refers to education between parents and children as a two-way interaction. The significance of this is that we need to remember that children can teach parents, and sometimes they teach us to remember things we already knew, but have simply become too sophisticated for. I can’t always be as excited and enthusiastic about my son’s new outfit or always want to hold him as my toddler is. But when I see her taking all of her energy and funneling it into just watching her brother eat a bottle, I get a glimpse of what it means to be a child, and have to remember to try and follow my toddler’s example.

Throughout this experience of new birth, and indeed all of my experience as a father, I continue to marvel at the simple and pithy expression of Pope St. Paul VI inHumanae Vitaethat “the transmission of human life is a most serious role in which married people collaborate freely and responsibly with God the Creator. It has always been a source of great joy to them, even though it sometimes entails many difficulties and hardships.” The notion that the bringing a new life into existence goes far beyond the human element, but involves the creative work of God the Father, is something that I will never truly be able to grasp, but it is nevertheless something I will continue to contemplate.