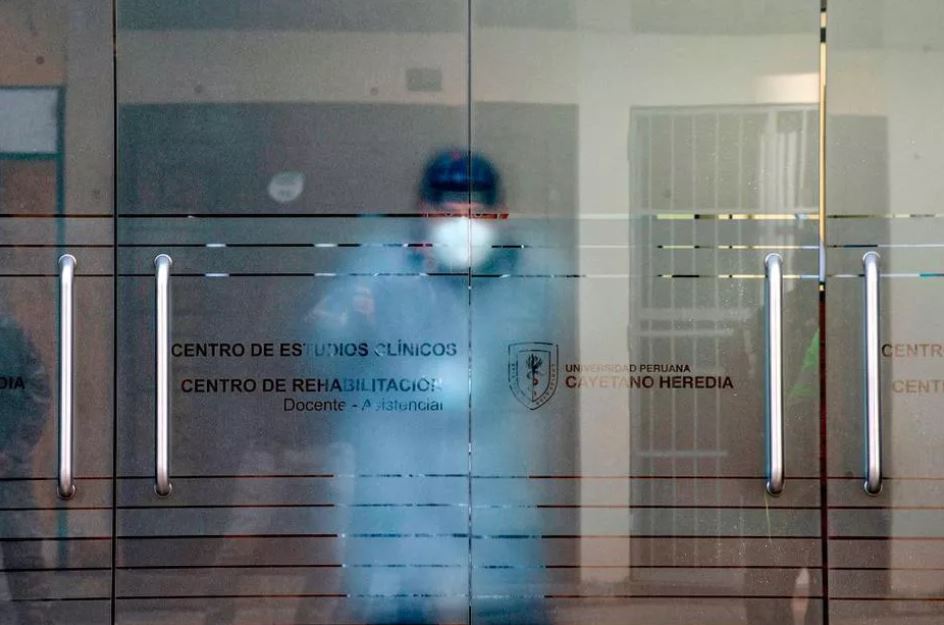 VATICAN CITY — Various ethical dilemmas are coming to the fore as laboratories around the world race to create an effective vaccine against the coronavirus.

These principally concern whether Catholics should conscientiously object to using vaccines derived from aborted fetuses (much of the current research is using such medical science), and whether people have the right to refuse a vaccine even if a government mandates its use.

According toinformationpublished Sept. 9 by the World Health Organization, 180 vaccines are currently being developed around the world, of which 45 are undergoing clinical trials to test them for safety and efficacy.

In June, the Population Research Institutereportedthat several of these leading companies researching the vaccine, such as Moderna, AstraZeneca, CanSino Biologics and Inovio Pharmaceuticals, were using a human fetal kidney cell line originally derived from the kidney tissue of a baby girl aborted in the Netherlands in 1972 and developed into a cell line a year later.

Another company, Janssen, part of the health care consumables giant Johnson & Johnson, has been using a different fetal cell line in its research, derived from the retinal tissue taken from an 18-week-old baby aborted in the Netherlands in 1985. The tissue was converted into a fetal cell line in 1995.

Many of these companies have also received significant funding from respective governments. The Trump administration, for example, has enlisted AstraZeneca as part ofOperation Warp Speed— a multibillion-dollar project that aims to deliver 300 million doses of “safe and effective vaccines” by January.

AstraZeneca, whose coronavirus clinical trials were temporarilysuspendedSept. 9 due to a “potentially unexplained illness,” joined eight other COVID-19 vaccine developers (among them Moderna and Johnson & Johnson) to make a“historic pledge”to “adhere to high scientific and ethical standards” in the search for a vaccine. In its Sept. 8 statement, the company also pledged to “always make the safety and well-being of vaccinated individuals our top priority.”

But specific ethical concerns, such as the use of fetal cell lines from aborted fetuses, were not mentioned, despite concerns being raised by a number of Christian leaders, most notably Archbishop Anthony Fisher of Sydney, Australia.

In an Aug. 24 commentary in the Australian newspaperThe Catholic Weekly,hewrotethat he was “deeply troubled” by the possibility and urged the Australian government to make available an “ethically uncontroversial alternative vaccine” if one is clinically approved.

He later also stressed he would not call for a boycott of a vaccine developed using tissue from an aborted fetus, and that he was a “strong advocate of vaccinations” but only if “they are safe and ethically obtained,” from adult stem cells or umbilical cord stem cells, for example.

Archbishop Fisher is “quite right” to be “deeply troubled” by vaccines developed from an abortion, said Father Tad Pacholczyk, director of education at the National Catholic Bioethics Center in Philadelphia. He told the Register Sept. 8 that the “wrongness” of making vaccines this way stems from the fact that “valid informed consent” to use an aborted child’s cells was never obtained.

“A mother automatically disqualifies herself from being able to give valid consent on her child’s behalf when she intentionally and directly causes that child’s death,” Father Pacholczyk explained. “She incontestably demonstrates in the wake of a decision to abort her own offspring that she no longer holds the best interests of that child at heart, a clear prerequisite to be able to provide valid consent on behalf of somebody else.”

But he added that faithful Catholics, wondering about the ethics of receiving such a vaccine, can nevertheless use it in line with the 2008 Vatican instructionDignitas Personae(The Dignity of the Person).

“Grave reasons may be morally proportionate to justify the use of such vaccines,” he said, “enabling one ‘to use a vaccine which was developed using cell lines of illicit origin, while keeping in mind that everyone has the duty to make known their disagreement and to ask that their healthcare system make other types of vaccines available,’” he added, quoting from the Instruction.

In other words, he continued, receiving the vaccination “under protest” is allowed because “we are not involved in any illicit form of cooperation with the original abortion, which happened many decades ago, and because any risk of scandal which may arise can be reasonably minimized by various steps such as protesting and giving witness to the sanctity of life.”

Breaking the ‘Cycle of Moral Coercion’

So Catholics are not “morally obligated” to refuse such a vaccine, Father Pacholczyk explained, but the faithful are expected to “pressure pharmaceutical companies and researchers to avoid fetal cell lines from direct abortions, and to reformulate problematic vaccines in non-controversial cell sources.” He said this is the “only way” to start breaking free from the “cycle of moral coercion” that derives from “big pharma and health authorities” always failing to produce “ethically-derived vaccines.”

The Vatican’s Pontifical Academy for Life is said to be preparing a statement on the ethics of COVID-19 vaccines, but for now is directing those concerned to a 2017documenton the ethics of vaccination in Italy.

The academy’s instruction stated that there is no “morally relevant cooperation” between those using such a vaccine today and the practice of voluntary abortion. Therefore, it stated, “all clinically recommended vaccinations can be used with a clear conscience and that the use of such vaccines does not signify some sort of cooperation with voluntary abortion.”

The same point was made by the Catholic bishops of England and Wales, who quoted the academy instruction, but also argued in an Aug. 11statementthat human society “has often benefited from the wrongs done in the past for which we must repent.” They recalled that Edward Jenner, who invented vaccination, conducted research by injecting an 8-year-old boy with cowpox followed by smallpox.

“While today such experimentation would be unethical by any standards, we wouldn’t deny life-saving vaccination because of its dubious historic provenance,” they stated.

The U.S. bishops wereclearer in their opposition, lending their support to an initiative as far back as April for a vaccine “that are free from any connection to abortion” and that “fundamental moral principles are followed.”

Father George Woodall, professor of moral theology and bioethics at Rome’s Regina Apostolorum university, noted that using a vaccine developed from cell lines of aborted fetuses has been a “serious moral concern” in the development of new vaccines for more than 30 years.

But Father Woodall, a former director of the secretariat of the Pontifical Academy for Life, said if such a vaccine “were clinically effective and without damaging side effects” but “not available from morally legitimate sources,” then it would “not be immoral” to use it as it “would not involve and would not depend upon the continuing use of the tissues of aborted human fetuses.”

In his Aug. 24 commentary, Archbishop Fisher expressed concern that, according to reports, a vaccine in Australia would be “as near to mandatory as possible.” He said that at the very least, “enormous social and political pressure” will be exerted to make sure people to use it. ‘No jab, no play’ they’ll say. No child care. No aged care. No job for you,” he said. This therefore poses a further ethical question: whether a Catholic can object to using a vaccine, immorally derived or not, even if a government mandates its use.

Father Woodall argued that anyone who objected to using it on themselves or their children should in principle be allowed to, as “conscientious objection on the basis of gravely immoral origin should normally be respected.” But he believes that it depends on the situation, and that in the case of an epidemic, health authorities “have the right and the duty” to intervene with a “range of restrictive and coercive measures.” This would also apply to an immorally derived vaccine, he said, but then governments would also have an “equally obligatory duty” to develop vaccines from sources without aborted fetuses.

Father Pacholczyk said “as a rule of thumb, vaccinations ought not be universally mandated, given the unique manner that a vaccine imposes itself upon the inner workings of the human body, and in consideration of the potentially complex set of risks that may accrue.”

Instead, he said people should become “convinced, through careful and appropriate explanation, of their personal need to receive a vaccine, and freely choose to do so on their own initiative.” A mandate would be justifiable, he added, only in the case of a “highly virulent and deadly pathogen” or if there are “few or no alternative” treatments available.

Whether that’s the case regarding COVID-19 is “debatable,” he said, but even in such “high-risk situations,” he believes “only a ‘soft mandate’ could be justified” that allows for medical, religious and conscience exemptions. “These exemptions provide the needed basis for appropriate ‘opt outs’ to occur, and for basic human freedoms to be duly safeguarded,” he said.

Father Woodall stressed that striving for the common good should be central to government policy in such circumstances, but that does not mean acting “according to majority opinion, but always and only to act according to what is objectively morally good, right and just.” This requires citizens to be able to campaign to bring out “obligations of conscience” and the “real limits” of public authorities. The Church’s magisterium then needs to present these principles “to form and inform consciences” of all people, he said.

At hisweekly general audienceon Sept. 9, Pope Francis warned against exploiting the pandemic situation and, in the case of vaccines, appropriating possible solutions “to then sell them to others.” He stressed that everyone will emerge from the pandemic “for the better if we all seek the common goodtogether.”