Conjunctions, the Star of Bethlehem and Astronomy 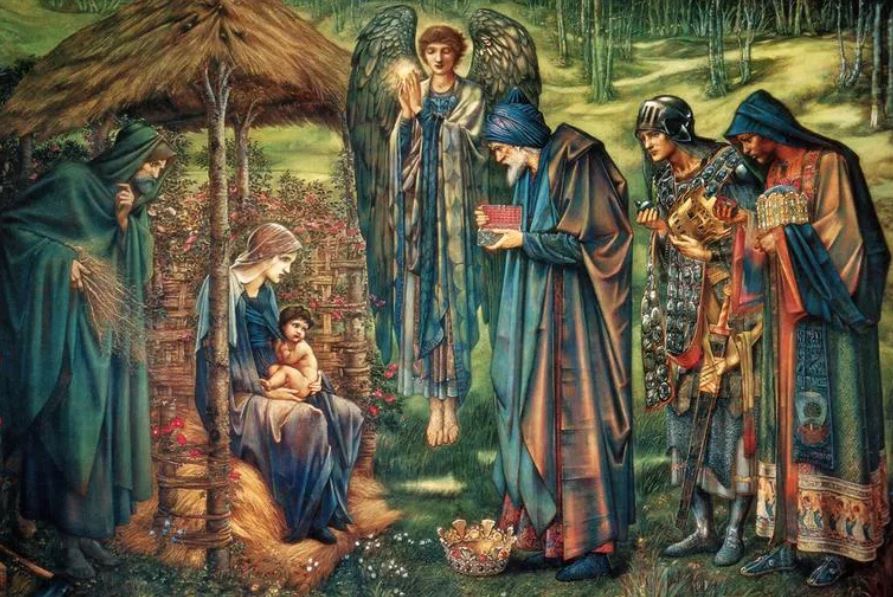 Conjunctions, the Star of Bethlehem and Astronomy

What astronomical data tells us about planetary conjunctions that may have occurred in relation to the birth of Jesus and/or the wise men visiting him.

Before one sets out to analyze the astronomical charts for the skies on any date (widely available now in computer programs), in relation to candidates for the star of Bethlehem, one must determine a plausible date or range of dates for Jesus’ birth. Historians estimate it based on when Herod the Great died: placing it within the two previous years. The most accepted date for Herod’s death is 4 BC.

Christians who have written about this have, therefore, previously mostly concentrated on celestial events in the years 7-5 BC, based on the assumption of Herod’s death in 4 BC.

Historians have primarily replied on the Jewish historian Josephus (37 – c. 100) to calculate this “death date “of 4 BC: particularly a chronology developed by Protestant theologian and historian Emil Schürer in his 1891 book, A History of the Jewish People in the Time of Jesus Christ.

Josephus stated (Antiquities 17.6.4) that a lunar eclipse was observed right before Herod’s death. This is usually ascribed to an eclipse dated March 13, 4 BC. But it’s been observed that this was very late, and a minor partial eclipse. There was another much more visible lunar eclipse on Dec. 29, 1 BC (just three days before “AD” begins). The moon rose already in 53% eclipse in Israel and the event ended by 6 PM.

Josephus (Antiquities 17.9.3, The Jewish War 2.1.3) also noted that Herod died between a “fast” (probably Yom Kippur) and the Jewish Passover. These are our two big historical clues. The eclipse noted above is a plausible (though not proven) candidate, all things considered.

There are also ongoing scholarly disputes about the manuscripts of Josephus. Twenty-seven texts of Antiquities from before 1544 indicate that Herod died later than usually supposed: in 1 BC or maybe 1 AD. This would “move” the date of Jesus’ birth to 3 or 2 BC: which is the most common date stated by many early Church fathers, such as Irenaeus of Lyons, Clement of Alexandria, Tertullian, Hippolytus of Rome, Eusebius of Caesarea and Origen.

Another argument that can be made is the date of coins issued by Herod the Great’s successors. The evidence shows that none can be dated before AD 1. These coins were controlled by Rome and only after Herod the Great’s death could such coins be issued.

Wikipedia (“Star of Bethlehem”) briefly describes the opinions of attorney Rick Larson, who produced the much-viewed video documentary The Star of Bethlehem in 2007, concerning extraordinary celestial events during 3 and 2 BC:

Highlights include a triple conjunction of Jupiter, called the king planet, with the fixed star Regulus, called the king star, starting in September 3 BC. Larson believes that may be the time of Jesus’ conception.

…  nine months later, the human gestation period, Jupiter had continued moving in its orbit around the sun and appeared in close conjunction with Venus in June of 2 BC. …

Jupiter next continued to move and then it stopped in its apparent retrograde motion on December 25 of 2 BC over the town of Bethlehem.

“Retrograde motion” of planets (particularly Jupiter) is an illusion caused by the earth’s rotation: of a planet temporarily moving in the opposite direction from where it “should” go (in its orbit). As an analogy, when we pass a car on the freeway, it temporarily seems to be moving backwards.

If all of this is accurate, then Jesus may have been conceived sometime between Sept. 11-14 of 3 BC, at the time of a triple conjunction of Jupiter with Regulus (14th) and the first day of Rosh Hashanah, or Jewish New Year (11th). This would be the time of the Annunciation.

Following that hypothesis, Jesus could have been born on June 17 of 2 BC, when Jupiter was in a very close conjunction with Venus — so close they may have even overlapped. It would have looked to the naked eye like one very bright star: about as close as any conjunction can be. This would have (plausibly) enticed the Magi to journey to Jerusalem, partially because it would have appeared in the west, precisely in that direction.

Other relevant factors are the symbolism of the constellations, and celestial bodies, which were given names such as the “king planet” (Jupiter) and the “king star” Regulus: alluded to above. There is much more along those lines that caused the Magi to conclude that an extraordinary king was to be born in Israel. But for my purposes I have only concentrated on evidence for a very bright star.

In my previous article on this site I noted how the Magi would have needed at least two months, but probably three or four, to journey to Jerusalem on camels. This particular proposed scenario would give them a “window” period of six months, to see the extraordinary conjunction of June 17, 2 BC in their homeland and also the “star of Bethlehem” when they arrived in Israel.

Moreover, on Aug. 26-27 in 2 BC, Jupiter and Mars were in very close conjunction, and Venus and Mercury were also close by.

Then in December of 2 BC (possibly on Dec. 25), the wise men arrived and visited Jesus, who was (by this theory) six months old, in Bethlehem. Jupiter was right above Bethlehem then (viewed from Jerusalem), in its paused retrograde motion. On the 25th it came to a stop in the constellation Virgo, and remained for six days.

Thus, we possibly have the wise men visiting Jesus on the date later recognized as Christmas, or at least in the month of December, but without Jesus being a newborn baby, which lines up with patristic thought.

In that year, the feast of Hanukkah began on Dec. 23. It’s a gift-giving feast. They would have observed the entire Jewish nation in a happy holiday spirit. The wise men, if they saw Jesus on the 25th, would in turn have presented gifts to him on the third day of the festival.

How to Object to an Abortion-Taint...