MORE FROM EWTN
FAITH & RESOURCES
Welcome to EWTN GB - Global Catholic Television Network - Copyright ©
Trending News
HomeArticleCoronavirus Stalks in the Darkness, But Do Not Be Afraid

Coronavirus Stalks in the Darkness, But Do Not Be Afraid 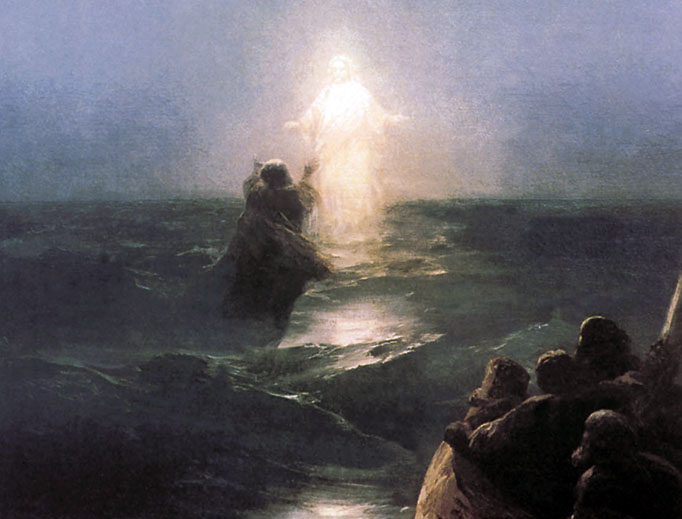 Coronavirus Stalks in the Darkness, But Do Not Be Afraid

“You will not fear the terror of night, nor the arrow that flies by day, nor the pestilence that stalks in the darkness, nor the plague that destroys at midday.” (Psalm 91:5-6)

I write this from my perspective as a priest responsible for the care of souls; I do not claim to be a medical expert. My pastoral concern is that we as a nation and as a Church have succumbed to excessive fear, which bespeaks a spiritual problem. The medical concerns arising from the pandemic are not without merit, but they are not unprecedented. What is unique today is the collective paralysis brought on by this fear. I write to express my concern and to reiterate the constant biblical cry, “Do not be afraid!”

Some weeks ago, Iwrote here at the Register about the crippling fearthat seems to have seized the whole world, calling all to ponder that Jesus came todestroy him who holds the power of death, that is, the devil, and free those who all their lives were held in slavery by their fear of death(Hebrews 2:14-15).

I cannot avoid concluding that many people indeed are“in slavery through their fear of death.”There seems to be no end in sight for the fear they feel — no solution other than a cure for COVID-19. Watching the news only exacerbates the anxiety, as the media naturally focuses on the areas where things are not going well in our fight against the virus. It has now become politicized and commercialized, because fear is recognized as one of the best ways to control people, to attract viewers, and to sell products.

What will it take to help people get their courage back? What is the endgame that public officials have in mind? Will there ever be a day when we say, “Let’s all get back to normal?” Will we always have to wear masks? Will we ever be allowed to sing, shout or cheer in public again? Will crowds ever be allowed to gather in common areas and convention centers? Will those who go about living life normally always be shamed and called selfish and irresponsible?

Let’s get into our time machine and travel back just one year. Crowds gathered freely; airports were hives of activity; planes were packed with travelers and concert halls were packed with eager listeners. Restaurants were full of diners and churches with the faithful. People shook hands and hugged, their beautiful faces uncovered for all to see. People laughed out loud, choirs sang joyfully and stadiums erupted with cheers after a score.

That was a year ago. Now so many are cowering in fear. They view every human being they encounter as a potential source of grave illness or even death: “He looks healthy, but I’d better stay far away because he may be carrying COVID-19!” Never mind a calculation of relative risks; every human contact might pose an existential threat. As a priest, I cannot imagine anything more demonic than this sort of fear. Satan wants us to fear and even detest one another. Our communion with one another is devasted by this extreme wariness.

“But Father! This is a verydifferentvirus. It’s extremely potent. Wehaveto do this!” Again, I am neither a doctor nor a scientist. But Iama priest, and as such I think we must count the other costs. There is more to life than just not getting sick and not dying. People have lost their jobs; food production has dropped, and famine is just around the corner in some parts of the world. Routine medical care has been largely suspended. Important human events like weddings, funerals, the sacraments and enriching cultural events have been curtailed if not prohibited. Schools have closed and few have been permitted or have had the courage to reopen. There is a cost totheselosses as well.

We have been through tough flu seasons before without shutting down the country. I remember in 1968 — a terrible year for many reasons — the Hong Kong Flu was raging; 100,000 Americans died from the flu that year. My grandfather was a doctor and warned us about it, but neither the country nor the world shut down. The sick were isolated; the vulnerable were given heightened protection. I remember seeing “Quarantine” signs on the doors of some of the houses in my neighborhood. If someone had the flu, the entire household was ordered to stay inside for two weeks, and that very visible sign was placed on the front door. Meanwhile, the healthy went about their work, and life continued. Yes, the death toll was high, but everyone understood that life had to go on. Years ago, there were so many dangerous illnesses to be afraid of — cholera, smallpox, tuberculosis, polio. It takes courage to live, and people of the time had that courage.

In the current pandemic, which is admittedly severe, we have quarantined the healthy along with the sick, the resilient along with the vulnerable. Crippling fear has seized so many people, and at some point, fear begins to feed on itself. We have shut down our economy, depriving many of their livelihoods and of the dignity that comes from working, from using their talents and from providing for their families.

In the Church, collectively speaking, we too have cowered and capitulated. We have not summoned people to trust and faith. We have hidden our teachings on the role of suffering in bringing forth holiness and future glory. We have not presented the theology of death and dying at a time when it is so needed.

We have limited and even denied the sacraments to the faithful, conveying the silent message that physical health is more important than spiritual health. In some dioceses, churches were locked, confessions forbidden, and Holy Communion inaccessible. Some priests who tried to supply Holy Communion to the faithful in a creative manner were criticized by liturgists and bishops. Some tried offering outdoor or “drive-in” Masses and were met with rebuke. In some cases, Mass was forbidden by local authorities, and many backed down in the face of this external pressure. While we could not recklessly disregard civil ordinances, too many of us were content to hunker down and forego public Mass. We would not utter the biblical cry, “Do not be afraid,” out of fear of being called insensitive or irresponsible.

This situation is unprecedented in our lifetime, so it is understandable that we struggled at first with what to do prudentially. But now we must reflect on all that has happened and resolve to never again allow a governor or mayor dictate whether, when or how we may give the sacraments. Even if government officials can forbid large gatherings, it does not follow that the sacraments cannot be provided at all, via other means. I never refused Holy Communion to anyone who asked me during this time; I merely gave them Holy Communion outside of public Mass. I also continued to hear confessions in the church throughout the period, grateful that my bishop never forbade it or demanded that I lock the church.

What then is to be our role as we go forward? Some universities and public schools have announced that will not reopen for normal, in-person instruction in the fall. Will we simply follow along and refuse to reopen our Catholic schools? Or will we say to our faithful that it is time to go forth into a world that has never been and will never be risk-free, balancing the needs of all against our fear of death? How long will we continue to offer public Masses in the current limited fashion? Masks hide the beauty of the human visage and the subtleties of our expressions; will we return to seeing one another smile, frown, laugh, and cry? Will we go back to shaking hands, hugging, and touching one another? Will I be able to offer Mass without retreating immediately back into the sacristy? Will parishioners be able to mingle and chat after Mass rather than running straight to their cars?

What is our end game? Prudence has its place, but my concern as a pastor and physician of souls is that we are allowing unrelenting fear to drive our response. Until we as the Church confronting the situation and “man up” as Christians should, fear will masquerade as prudence, and folks like me who question whether we’ve gone too far will be called irresponsible and even reprehensible.

For the time being, follow the recommended precautions, but ask yourself, “When will this end, and who will get to decide that?” The Church, and each one of us, has a role to play in ending the fear that this pandemic has set loose. COVID-19 can undoubtedly be a serious illness, but contracting it is far from an automatic death sentence. However, getting sick and even eventually dying is a part of living in this world. Some will call me insensitive for even mentioning this truth, but our parents, grandparents, and more distant ancestors went forth daily into a world that was far more dangerous than anything we have experienced. They lived life, accepting both its blows and its blessings. What about us today? Is God no longer with us? Are sickness and death the worst fate or is crippling fear a far more painful and dehumanizing sentence? Isn’t there more to living than just not dying or not getting sick? Will we as a Church be part of this conversation or will we remain fearfully silent? Will we simply reflect the beliefs and opinions of the current culture, or will we influence it with a theology that insists that suffering and death have meaning and an important role in our lives?

No doubt some readers will think me imprudent, irresponsible, and insensitive. I accept that. But my take is that fear is a far more serious ailment than COVID-19. Life is risky, but there is greater ruin for us if we do not accept it and live anyway. At some point we have to break out of the huddle and run the play. God will be with us.