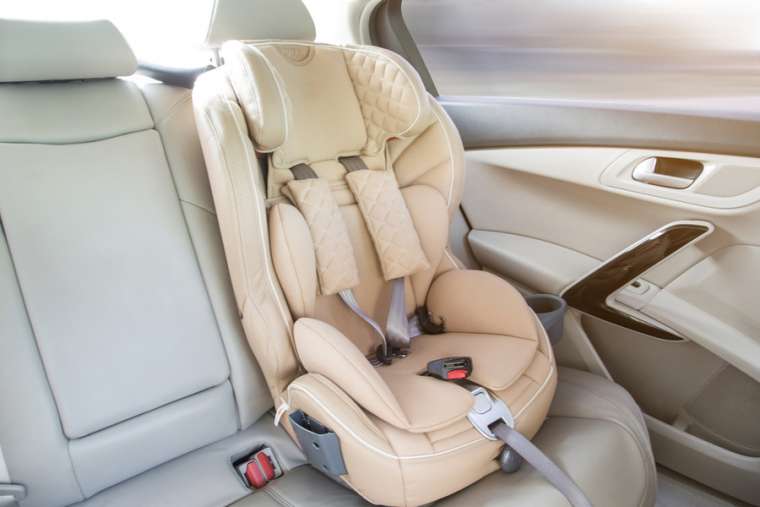 Could car seat mandates have caused a decline in births in the U.S. in recent decades? A recent working paper claims that they have.

According to the working paper “Car Seats as Contraception” written in July by finance professors Jordan Dickerson of MIT and David Solomon of Boston College, state policies on car seats are responsible for an estimated 145,000 fewer births in the U.S. between 1980 and 2017 because of the potential costs they bear on families.

The professors argue that stricter safety requirements over time have forced the sharpest decline in births after 2008–as the total fertility rate in the U.S. also plummeted.

“We document a large and perverse effect whereby child car seat mandates have the unintended consequence of large reductions in birth rates,” the professors wrote.

State laws beginning in 1977 mandated that children of a certain age required a car seat, right as birth rates were rebounding in the U.S., the paper says.

The professors argued that given that many cars cannot fit three car seats in one back row, many families desiring a third child were faced with the prospect of having to buy a bigger car, in addition to a third car seat.

“We estimate that these laws prevented only 57 car crash fatalities of children nationwide in 2017. Simultaneously, they led to a permanent reduction of approximately 8,000 births in the same year, and 145,000 fewer births since 1980, with 90% of this decline being since 2000,” the paper said.

Catherine Ruth Pakaluk, a professor of social research and economic thought at the Catholic University of America, said that the report “is a very classic ‘unintended consequences’ paper,” pointing to a central economic insight that “people change their behavior in relation to policy.”

“Sometimes the effects of policies–they don’t necessarily affect the people who were at the extremes,” she said, such as someone who might enter marriage planning to have a large family or someone firm in their belief of having no more than two children.

Rather, unintended consequences, such as the effect of car seat costs, can most often affect the “marginal people, the people who are kind of on the fence” about having a third child, she said.

“Those are the people for whom it may indeed, in a kind of surprising way, come down to adding up the costs and the benefits,” she said.

When asked by CNA of the impetus for the paper, Solomon mentioned “a general sense that family formation is more costly these days” but a lack of knowledge of what’s driving this cost increase.

Car seats, he said, distinguish themselves from other variables affecting family costs because they present “unusually sharp predictions for when they matter”—concrete situations where families with two children requiring car seats and two parents occupying the front seats of a family car want a third child, and thus need a third car seat.

As many cars are not large enough to fit three car seats in one back row, many families desiring a third child might be faced with having to buy a minivan or large SUV to accommodate.

“These laws significantly raise the cost of having a third child, as many regular-sized cars cannot fit three child seats in the back,” the paper states.

“These laws are certainly well-intended, but end up having big negative effects on birth rates that we think policy-makers might not have properly considered,” Solomon told CNA.

While Solomon and Dickerson wrote their paper in 2020, the issue was addressed years ago by author and journalist Jonathan V. Last, who wrote about car seats in his 2013 book on American demographic challenges, “What to Expect when No One’s Expecting.”

“While the car seat is objectively pro-child, it is also vaguely anti-family,” Last wrote in the book, noting the problem of many families having to upgrade their vehicle to accommodate a third car seat.

His conclusion, however, was that car seat policies present another burden to growing families, but do not significantly affect birth rates.

“The role car seats play in depressing fertility is minuscule—so minuscule as to be immeasurable,” he wrote. According to the paper by Solomon and Dickerson, state mandates effected a 0.73 percentage point decline in the probability of giving birth among women with two children in the age range of car seat laws.

However, Last wrote, “it does add costs to the price of children,” and the state laws “didn’t make life any easier for parents with lots of kids.”

The fertility rate in the United States hit a record low in 2019 of 1.7 children per woman of child-bearing age.

The fertility rate has declined since 2007, when it was above-replacement level at 2.12 children per woman.

Most of the negative effect of car seat policies on births has come in this period, since 2008, the paper by Dickerson and Solomon claims. Regulations grew stricter since the mid-1990s, with state age limits for seat regulations soaring upwards.

“By contrast, if current laws had applied over the whole sample, we estimate there would have been a further 350,000 fewer births,” the professors said of the current regulations.