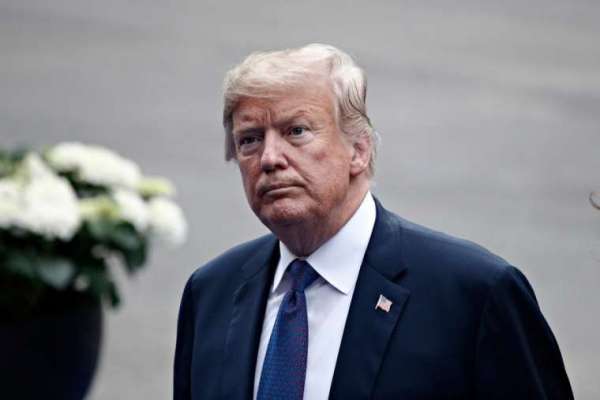 With just two months left in Donald Trump’s presidency, some pro-life intellectuals are calling for an executive order that offers legal protection for the unborn.

In “The Lincoln Proposal,” unveiled Nov. 5 in the journal Public Discourse, several Catholic scholars argue that a presidential executive order protecting unborn children under the Constitution could play a pivotal role in pro-life policy for years to come.

Dr. Chad Pecknold, theologian at The Catholic University of America; Joshua Craddock, former editor-in-chief of the Harvard Journal of Law & Public Policy; and Catherine Glenn Foster, president of Americans United for Life, all collaborated on the proposal.

In a statement to CNA, Craddock called the proposal “a bold new vision to reclaim the executive’s independent role in constitutional interpretation, based on historical precedent, to ensure that the constitutional guarantees of due process and equal protection are extended to preborn persons.”

Craddock, Peckbold, and Foster say the executive branch is tasked with preserving and upholding the Constitution, and argue that the Supreme Court’s Roe v. Wade decision – which mandated legal abortion nationwide – was flawed. They say a president could act in “correcting Roe’s first and foundational error.”

In the proposal, a president could recognize unborn children as “persons” who are “entitled to due process and equal protection of the laws” under the 14th Amendment.

This act could be taken under the authority of Article II of the Constitution, they said, in the directive to “preserve, protect, and defend the Constitution” and to “take Care that the Laws be faithfully executed.”

By protecting the unborn as persons, a president would simply be extending Constitutional rights to all people under his or her lawful authority, they argued.

An executive order could easily be overturned by a new administration, Pecknold acknowledged in a Nov. 19 piece for First Things magazine, yet such an act would at least set up a “litmus test” for other future presidents to abide by.

He cited the Mexico City Policy—which bars funding of overseas abortion providers or promoters—as another executive policy that is regularly overturned and reinstated by different administrations. Like the Lincoln Proposal, the Mexico City Policy “is not a short-term fix, but rather a long-term commitment” for the president to protect the unborn, Pecknold wrote.

And, he added, it could help underline the extremism of opponents of protections for unborn children.

“If an executive order were in place to protect human life in the womb, Catholics who claim to be pro-life but vote for pro-abortion presidents would have to ask themselves hard questions when their president reverses such an order,” he wrote.

An executive order could be implemented throughout the administration, thus posing “significant legal ramifications for the abortion debate,” Craddock said.

For instance, when courts rule against state abortion restrictions, the Justice Department could come out in opposition. The agency could also investigate permissive state abortion laws.

In diplomacy, the State Department could work to protect unborn children in multilateral treaties. The Food and Drug Administration (FDA) could suspend its approval of the abortion pill. The Department of Health and Human Services (HHS) could withhold assistance to states unless they strip abortion providers of any taxpayer funding.

The Month of November is a Lesson...