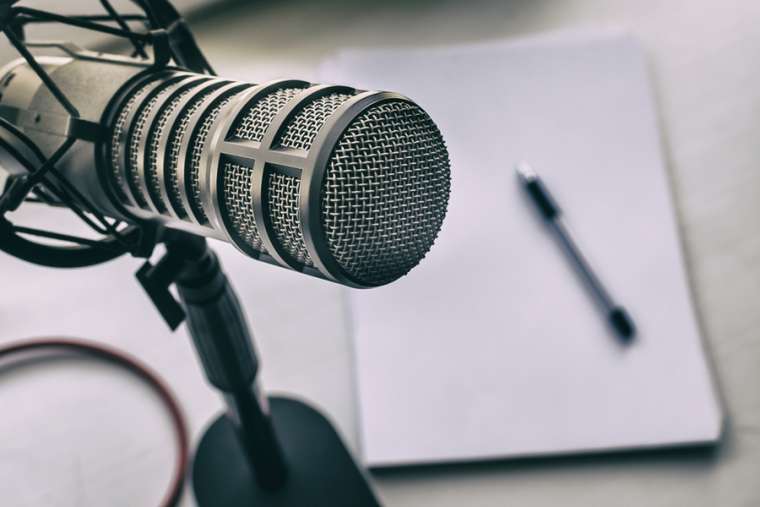 A new podcast launched this month out of The Catholic University of America seeks to help laity and clergy better understand and address the problem of abuse within the Church.

The podcast,“Crisis: Clergy Abuse in the Catholic Church,”is produced by The Catholic Project, an initiative at CUA aimed at bringing healing and reform to the Church after the sex abuse crisis.

The first of 10 episodes was released September 9. Future episodes will be released weekly.

The podcast is hosted by Karna Lozoya, executive director of strategic communications at CUA, and Stephen White, the director of the Catholic Project. The hosts described the effort as a collaboration between clergy and laity to build up and renew the Church.

“The goal of the podcast is to help Catholics get their heads around what has happened in the Church in the last few years, how we got to this point, and hopefully where we might go from here,” White told CNA.

“The scourge of sexual abuse has afflicted the Catholic Church in a particular way, but it is a society-wide problem,” he said.

“Hopefully, the Church can learn from our many, many failures, but also from a few things we have gotten right. And hopefully other organizations can, too. If others can learn from the Church’s mistakes, that would be a great thing.”

The podcast was created in response to the anger and betrayal felt by many Catholics, as well as the division in the Church, especially after former nuncio Archbishop Carlo Viganò wrote an open letter accusing Church officials of complicity and cover-up in regards to McCarrick. White expressed hope that the podcast would offer a sober insight into the scandal.

“Catholics had a lot of questions and not too many answers. We thought that a sober, even-handed, but unvarnished look at what was going on might help people make sense of it all. And understanding what was going on in the Church and why is a necessary step in figuring out what the Church ought to do next,” he said.

The first episode covers the scandals of 2018, including discussion of the abuse of former Cardinal Theodore McCarrick, the Pennsylvania Grand Jury Report, and Archbishop Vigano’s open letter. It also discusses the response by bishops in both the U.S. and Rome.

In subsequent episodes, White said, the podcast will dive into the scandals of 2002 and go back even farther to some of the earliest warnings the bishops received about clergy sexual abuse in the 1950s.

One episode discusses the case of Father Gilbert Gauthe, the first priest to face a publicized criminal trial for sexual abuse of minors. The hosts talk to Jason Berry, who pioneered investigative reporting into the clergy sex abuse, and Ray Mouton, the lawyer who defended Gauthe.

White said the podcast will not focus solely on stories of abuse, but seeks to offer a broader perspective.

“We explore the causes of the crisis and the stories of how victims are learning to live after abuse. We talk to bishops and priests about how the crisis has changed the way they see their ministries and affected their relationships,” he said. “We look at how the crisis has changed the way we think about the mission of the laity. We look closely at what the Church is doing to protect children now, and how the Church handles allegations against priests and bishops.”

The podcast will address cases of high-profile predatory priests. Lozoya said discussing these specific cases will help listeners understand the broad picture of the abuse crisis and the steps that need to be taken to address the problem.

“We’re not here to vilify anyone…or to make the bishops or the institutional Church our enemy,” she said. “We say some tough things, and from the early feedback that I’ve gotten, mostly from people close to me, it’s been very helpful.”

“One of our inspirations for the podcast was [the Second Vatican Council documentLumen Gentium], where it talks about how the clergy and the laity are co-responsible in the mission of the church,” Lozoya said. “We really feel like the bishops can’t, nor should the bishops try, to solve this problem on their own. We have to be involved.”

White also stressed the importance of both clergy and laity addressing this issue. He said it is necessary for the entire body of the Church to take the problem seriously in order to prevent further abuse and restore trust in the Catholic Church.

“This crisis puts souls in peril by separating people from the Church and destroying the trust of the faithful. Not to put too fine a point on it, but a Church that has earned a reputation for lying, is not a Church that can credibly proclaim the Good News,” he said.

“As I mentioned before, the scourge of sexual abuse has afflicted the Catholic Church in a particular way, but it is a society-wide problem. Hopefully, we can learn from our many, many failures, but also from a few things we have gotten right. And hopefully, other groups and organizations outside the Church can, too.”

Devotion to the Sorrows of Mary Pl...