Culturally Responsive Education and the Personal Politics of Jesus 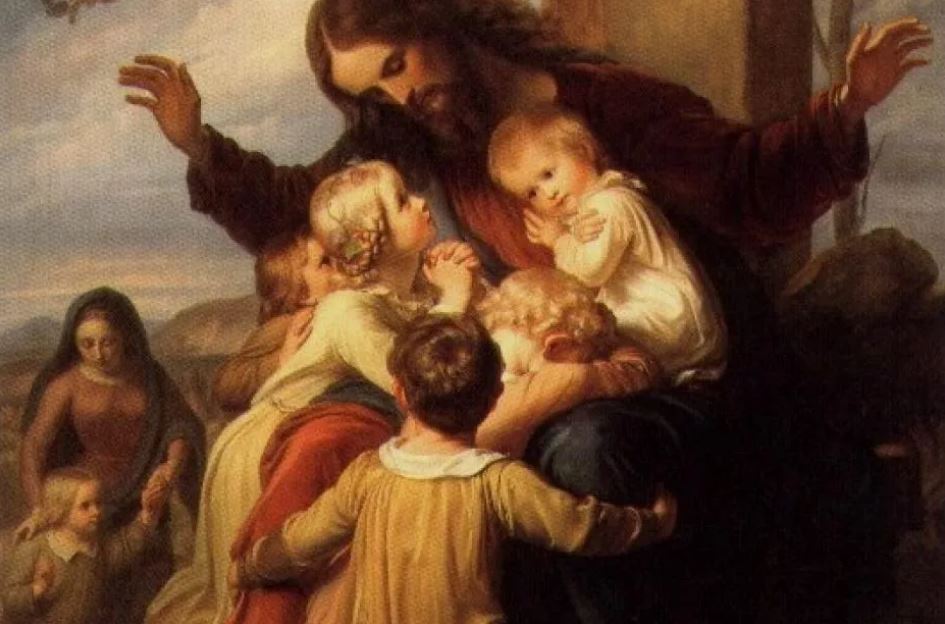 Culturally Responsive Education and the Personal Politics of Jesus

In 2020, “seeing the world in black and white” is a moral imperative, according to some.

“He sees the world in black and white.” That phrase used to be considered a slight. It meant an individual was incapable of grasping nuance, shades of meaning, the complexity of a situation. It meant that said person opted for easy answers based on facile preconceptions: black or white. We used to teach our students that sort of thinking was to be shunned; it was anti-intellectual. But no longer.

In 2020 “seeing the world in black and white” is a moral imperative. This is very curious at a time when we are supposedly celebrating “diversity,” but the increasingly invasive framework of “culturally responsive education” is teaching educators across the country that when it comes to the human person, you are black or white (or brown) and your race defines you. It defines your implicit bias, your prejudices, your culture, and your place in the pecking order. It defines the political, economic and social hierarchy that now exists.

Martin Luther King Jr. may have looked forward to a day when his four little children would be “judged not by the color of their skin, but by the content of their character.” But advocates for Culturally Responsive Education (CRE) insist that it’s mostly the color of your skin, and well, maybe partly about your gender, class, sexual orientation and physical (dis)ability, as they create overlapping and interdependent systems of discrimination and disadvantage. (That is called “intersectionality.”)

I discovered this recently when I attended a faculty professional development workshop led by two empathetic and personally committed educators, who have specialized in this form of “diversity” education. With compassion and even tenderness, they introduced the largely white faculty to the reality of “white privilege,” “white fragility,” intersectionality, and micro-aggressions (such as commending an African American for being well spoken.)

All 70 faculty members were gently urged to see themselves as part of an inherently racist system. Teachers were asked to write key descriptors of themselves. And just in case they might miss the point, the facilitator led off with, for example, I am “white, female, teacher …” or he was “black, male, husband…”

As a trustee for three Catholic schools, I attended this “DEI” (diversity, equity, inclusion) training with an eye toward mission. Catholic schools, more than secular institutions, have a mandate to promote respect and compassion for the downtrodden and marginalized. We are called to see Christ in “the least of our brothers,” and to lead students along that path.

How can we take steps toward greater love of God and neighbor at this time of racial and cultural division? Recognizing that our nation’s “original sin” was that of race-based slavery would Jesus now be a Culturally Responsive Educator? Would he urge each of us to find our place in the great chart of intersectionality?

I think not. The entire conceptual framework of CRE would sadden the Lord because it cheapens and diminishes the understanding of the human person he came to save.

In CRE, people belong in identity boxes and they commit to them. They are not individuals uniquely formed in the image of God. They are not agents of free will. They are oppressors or victims. The oppressors are privileged by birth, gender and race. The victims are trod upon, conceived without original sin, entitled to affirmation and owed apologies based on their box. Where does this approach fit relative to the gospel? It’s a stark contrast.

Jesus healed the Roman centurion’s servant, the Canaanite woman’s daughter, the lepers who sought him out, the woman with the hemorrhage who only wanted to touch his cloak, the demoniac child brought by his father, the widow of Nain’s son, the Samaritan woman by the well. He reached out in that very personal way to a diverse, “unclean,” and often divided community. And he sought out that community.

When he began his public ministry, Jesus left his insular Jewish village of Nazareth behind. He chose to make his home at Capernaum by the sea, home to traders and mariners of all faiths and races. Many traveled from the east (Syria) through Capernaum en route to the city of Caesarea on the Mediterranean. Capernaum’s customs post bears witness to its significance as a border town on the Via Maris (or road to the sea). There officials of the Roman Empire, the despised tax collectors of Jesus’ time, were charged with collecting duties from merchants, fishermen, and caravans moving from one region of the empire to another. There, Gentiles lived alongside Jews, and division was rife.

Jesus’ ministry is all the more striking because in this setting he could have spoken the language of identity politics and he did not. Indeed, the long-anticipated Messiah, was expected to be a political redeemer for oppressed Israel. He would lead the Jews out of bondage, free them from the Roman conqueror and restore the biblical kingdom. After Christ’s resurrection, and just days before his ascension, his still-bewildered apostles were asking: “Lord now will you restore the Kingdom” (Acts 1:6)?

The point is that identity politics, frameworks for oppression, abounded in the New Testament world: Romans vs. Jews, Jews vs. Gentiles, Samaritans vs. Jews, Canaanites vs. Jews, and within Judaism — Scribes vs. Pharisees vs. Sadducees vs. Zealots, and Galileans vs. Judeans. But Jesus ignored this adversarial approach. He had little criticism for any particular group except for the Pharisees, whom he believed placed heavy burdens on their own people. And yet, Jesus instructed the Pharisee Nicodemus by night, and his friend Joseph of Arimathea was a Pharisee, too. And Jesus restored the ear of the high priest’s guard who came to arrest him.

As for the hierarchy of demands made by the oppressor, Jesus chose to pay both the Temple tax and the census tax to Caesar. “Render to Caesar that which is Caesar’s” (Matthew 22:21).

Jesus and his disciples knew prejudice: “Can anything good come out of Nazareth” (John 1:46)? They were shunned by inhabitants of a Samaritan village and were unable to stop there for a night’s rest. But shortly thereafter, Jesus fashions the Parable of The Good Samaritan to show that those who plague us and have animus towards us are not a monolith. Some of those by whom we’ve been “dissed” can be true neighbors and even saviors.

Through his life, ministry, passion and resurrection, Jesus urged every single one of us to place faith in him and truly encounter him in the least of our brethren, whether hungry, thirsty, imprisoned or wounded. Whether Jew or Gentile or Samaritan. Whether rich or poor. Whether old or young. Whether male or female. Whether lame or sure-footed. Widowed or orphaned.

In our times he might say, whether black or white or brown or peach. Whether straight or gay. Whether born or unborn. All those groups might fit somewhere in the great chart of intersectionality, but is that what Jesus wants us reduced to? An anthropology of biology and oppression?

Jesus calls each of us to recognize our own sinfulness, to repent, to love God, and love our neighbor as ourselves. What does that mean for Catholic schools who are trying to counter racism and prejudice in their student body?

Stop focusing on black and white. Teach respect for the dignity of every human being. Love the myriad wonder of the other. Focus on the specific demands of love in the specific situation at the specific moment. Hold students accountable when they fall, but hope, pray for, and expect Good Samaritans.

Cardinal Becciu says he did not co...