Deacon ordained in Spanish diocese after a decade of no ordinations 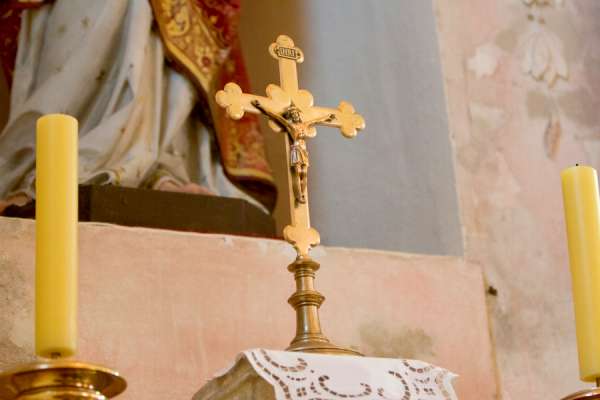 Deacon ordained in Spanish diocese after a decade of no ordinations

Segovia, Spain, Oct 30, 2020 / 12:50 am (CNA).- After 10 years without an ordination, the Diocese of Segovia in Spain celebrated the diaconal ordination of Álvaro Marín, a 24-year-old seminarian last Sunday.

“The Church of Segovia rejoices at this diaconal ordination,” said Diocesan Bishop César Franco. “Give thanks to God for the new deacon, for his family that raised him in the faith, Saint Teresa parish where he discovered his vocation, and for the seminary where he has matured up to this moment. A vocation is an immense gift.”

“In these times when priestly vocations are a rare and precious commodity, Álvaro looks to his new state with joy and responsibility, knowing that the Lord has always guided his path with a firm hand,” the bishop said.

In an interview with the COPE Segovia network, Marín said that he began to feel his vocation at the age of 15.

“I saw that this restlessness wasn’t going away, and I began to speak with the pastor at St. Teresa parish, and he took me to the gatherings at the minor seminary, and I began to discern my vocation,” the seminarian said.

“It was a long process, a tug of war, but we began to discern that God had put this vocation in me and that I wanted to follow it and respond to him.”

Marín said one of the most important moments in the discovery of his vocation was the death of his father, something that he described as “a blow that made me consider my vocation more thoughtfully and prompted me to say ‘yes’ to the Lord and enter the seminary.”

The young deacon has set his sights on next year, when he will finally be ordained a priest to serve God. He said his great desire that it be “without a doubt, in my diocese of Segovia.”