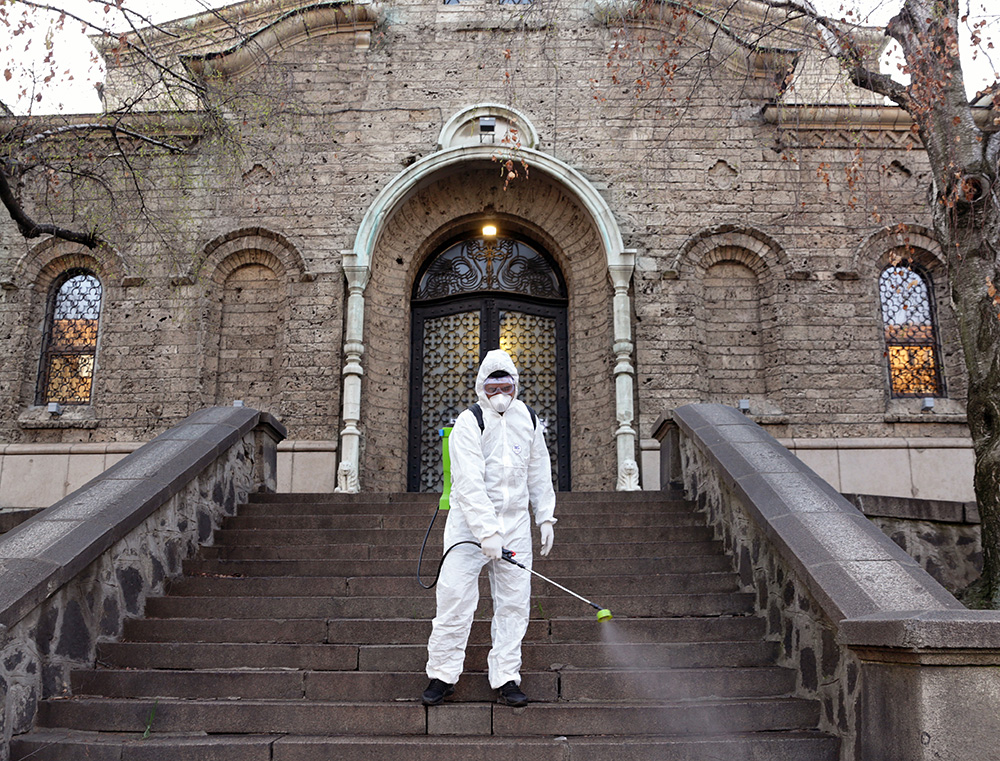 I feel sorry for the virtue of prudence.

Why? For the same reason that I feel sorry when any of my friends suffers from constantly being misunderstood. For that is surely what has happened to the virtue of prudence since coronavirus came on the scene earlier this year. During that time, some priests and bishops have continuously appealed to the virtue of prudence in reference to the practice of the Faith, yet their actions illustrate that some lack the foggiest notion of what prudence is.

So let’s turn to Saint Augustine for a refresher: “Prudence is the knowledge of what to seek and what to avoid.”

With that definition in mind, maybe it’s fairer to say that theydohave a foggy notion. After all, they have it half-right. They seem to have the “avoid” part down pat. What to avoid: the Eucharist, Penance, Anointing of the Sick, each other, Eucharistic adoration with 11 people at a time, and so on.

That insistence on avoidance has created a disordered trust in the material over the spiritual.

We have replaced veils with masks.

We have replaced holy water with Purell.

We have replaced churches with parking lots.

Of course, it is the “what to seek” part that has been lacking from the discussion. The appeal to prudence has focused —exclusively— on what to avoid, as thoughwhat to seekhas nothing to do with prudence. But it is this positive aspect of prudence (seeking) that allows us to make sense of the negative prohibition (avoiding).

Therefore, prudence must begin by determining what to seek.

Very simply, we are seeking God. Prudence doesn’t dictate that we restrict the sacraments; but rather that we restore them.

Nevertheless, “prudence” is the fall guy when it comes to shutting down churches and denying sacraments. Why are the pews empty? Because ofprudence.

Perhaps the logic is that now is not the time for virtues like fortitude or temperance or faith or hope or charity. It’s just time for prudence alone.

But if that’s the logic, it fails, for the simple reason that virtues — by their nature — cannot contradict each other. As Josef Pieper reminds us, “Prudence works in all the virtues; and all virtue participates in prudence.” The virtues are mutually affirming. One cannot commit a sin against fortitude while simultaneously practicing the virtue of prudence; in fact, if one committed a sin against fortitude, he has also sinned against prudence.

In this coronaviral moment when everyone seems so incredibly cautious and so terribly afraid to act, I find it particularly interesting that Aristotle defines prudence as “right reason in action.” While the clergy seems driven by caution, prudence dictates that right reasonacts. And that it acts courageously.

In fact, the word “virtue” comes to us from the Latin word for courage, which serves as an etymological reminder that each of the virtues is inseparable from courage — prudence included. Somehow, many members of the clergy have either forgotten that fact or ignored it altogether.

Instead of courage, the Catholic Church is overwhelmed withcaution, which prelates have mistakenly used synonymously withprudence. But as Father George Rutler observes, “Courage is the ability to react to the threat of harm rationally. Because it is rational it requires caution but caution, says Aquinas, is the prelude to an action, not a substitute for an action.” Caution is not a substitute for courage or for prudence, and prudence never cowers.

Prudence is also consistent with charity — another virtue that has been lacking from many priests toward the faithful during this time. I wish priests could always remember that — like it or not — they actin persona Christi(in the person of Christ). When a person is criticized by a priest for not wearing a mask properly or for coming within six feet of anyone else, she goes home crying and wonders why Jesus is mad at her.

You priests have the power to uplift us, but you also hold the possibility to make us pretty miserable.

And there’s something else to consider. At Masses across America, priests demand medical protocols (masks, gloves, social distancing) from the faithful but not for themselves at the same Mass. That sends a curious and clericalist message: it’smychurch, notyours. With sadness, this reminds me us Saint Athanasius’ famous consolation to the faithful, “For they hold the places, but you the Apostolic Faith.” You priests need to remind that the faithful that the church is theirs, too. Lest we forget, it was their faith and finance — whether by the million or by the mite— that built the church.

If the argument is that we must diligently practice the virtue of prudence, I wholeheartedly agree — with two provisions. First, that we are speaking about the brilliant definitions of prudence that would be acceptable to Aristotle and Aquinas and Augustine, and not to the modern notion of prudence which could be loosely defined as, “Don’t do stuff.” Second, that we remember that any “prudence” divorced from charity and courage is not a virtue at all, but a soulless vice that will continue to utterly devastate the Catholic Church.