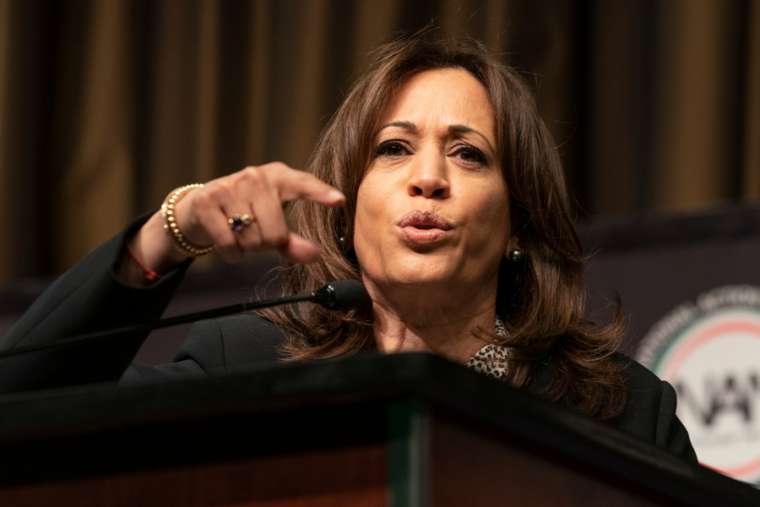 Catholics and pro-life organizations offered a range of reactions to the selection of Sen. Kamala Harrisas former vice president Joe Biden’s running mate for the 2020 election.

Biden announced his selection on Aug. 11, triggering a wave of reactions among political and Catholic commentators

“It is very good that a Black woman has been nominated for VP. And I can understand a desire to choose the lesser of two evils,” said Camosy on Twitter Wednesday.

“But for Catholics in favor of prenatal justice, and of government defending these children from terrible violence, we must say that Harris is a deeply flawed candidate. Unreserved praise of her VP candidacy is, in effect, yet another example of erasure of the prenatal child,” Camosy said.

Democrats for Life of America also criticized Harris’s selection, saying in a statement that she “does not provide pro-life Democrats with any assurances and will, in fact, further alienate 21 million Democratic voters who have been left out of the party for quite some time.”

Harris’ position on abortion is “far out of line with the majority of Democrats and Americans on this sensitive issue,” the organization said, and encouraged Biden and Harris to reach out to pro-life Democrats and adjust the party’s platform stances on abortion.

Michael Sean Winters, a writer for the National Catholic Reporter and the author of “Left At the Altar: How Democrats Lost The Catholics And How Catholics Can Save The Democrats,” also expressed his reservations about Harris.

“[Massachusetts Sen. Elizabeth] Warren was the person I wanted Biden to choose,” said Winters on Wednesday.

“After the racial tensions the nation experienced this summer, putting a Black woman on the ticket is to be commended,” Winters said, but called the selection of Harris a “setback for progressives.”

Winters was critical of Harris’ 2018 questioning of a judicial nominee over his membership of the Knights of Columbus, calling her treatment of Brian C. Buescher “embarrassing in both its ignorance and its bigotry.”

“Whatever difficulties I have with the leadership at the K of C, they do not excuse her dismissiveness towards a religion held by millions of fellow citizens, including her new running mate,” Winters said Wednesday, after the announcement of Harris’ selection was made.

At the time CNA broke the story of Buescher’s ordeal, America Magazine published an editorial saying Harris’ questions to the prospective judge had shown “a surprising ignorance of the Knights’ many religious, charitable and civic activities beyond their direct political advocacy, not to mention a complete disregard for their history in opposing virulent anti-Catholicism in the nation’s past.”

National Review writer Alexandra DeSanctis made a similar observation, saying Harris’s time on the Senate judiciary committee had shown “reprehensible anti-Catholic bigotry, and there’s no reason to believe her views have changed.”

Brian Burch, president of CatholicVote, described Harris as “staunchly pro-abortion and anti-religious liberty,” and said that she “favors radical abortion policies including late-term abortion paid for by taxpayers, as well as forcing Catholic religious orders like the Little Sisters of the Poor to provide abortion drugs in their healthcare plans.”

Bishop Thomas Tobin of the Diocese of Providence said on Twitter that, in effect, Biden’s selection of Harris pointed to an absence of Catholic values by the Democratic candidate.

“Biden-Harris. First time in a while that the Democratic ticket hasn’t had a Catholic on it. Sad.” Tobin tweeted on Tuesday.

Biden, a Catholic who was on the Democratic ticket in 2008 and 2012, hascome under sustained criticism from many Catholic leaders for his increasing support for abortion and for his having officiatedata same-sex wedding.

Too few safeguards, opponents of N...