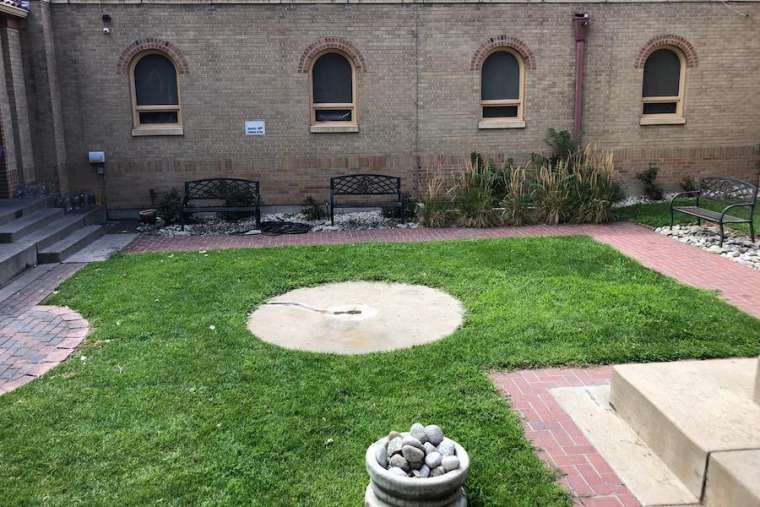 After the statue of a saint was beheaded outside a Denver parish, the city’s archbishop said he’s praying for the conversion of those who have attacked churches and religious statues across the country in recent months.

A statue of St. Jude was beheaded in the courtyard of Our Lady of Guadalupe Parish this weekend, diocesan officials confirmed, and devotional candles were destroyed at an outdoor prayer shrine.

“It is extremely disturbing to see a statue at one of our local parishes desecrated in this manner,” Archbishop Samuel Aquila told CNA Aug. 12.

“As our archdiocese begins a Rosary Crusade this weekend, one of our specific intentions is to pray for the conversion of those who carry out acts of desecration against our churches, statues, and religious symbols.”

Aquila’s crusade invites Catholics in his diocese to pray a daily rosary, beginning on the Solemnity of the Assumption of Mary, Aug. 15, through the Memorial of Our Lady of Sorrows on Sept. 15. The archbishop asked that they pray for 15 distinct intentions, including for an end to the coronavirus pandemic and all those who have died of the virus, and end to abortion and euthanasia and attacks against life, as well as for peace, justice and an end to discrimination on the basis of race.
https://www.catholicnewsagency.com/news/bishops-of-wichita-denver-call-catholics-to-turn-to-mary-in-time-of-crisis-82116

In remarks to CNA, Aquila said “it is troubling to see the increased reports of vandalism at Catholic churches this summer, both across the county and in our archdiocese.”

But the archbishop emphasized that, to date, “we are unsure of the motive behind this act and if it was a deliberate attack against the Church, or just a random act of vandalism.”

Our Lady of Guadalupe Parish, which mostly serves Denver’s Hispanic community, was in 2016 designated an archdiocesan shrine.

Aquila named the parish a shrine “because of its service to the Hispanic population and with the purpose of promoting their salvation through the rich liturgical and devotional life that it offers to all the faithful,” he said in the official decree.

The parish has made plans to increase its security after the statue was beheaded, archdiocesan officials told CNA.

There has been a series of destructive acts at Catholic churches across the United States in recent months, including arsons, statue decapitations, and graffiti. But while some of the incidents have been caught on camera, in most cases the perpetrators, and their motivations have yet to be identified.