Detroit man thought he was a priest. He wasn’t even a baptized Catholic 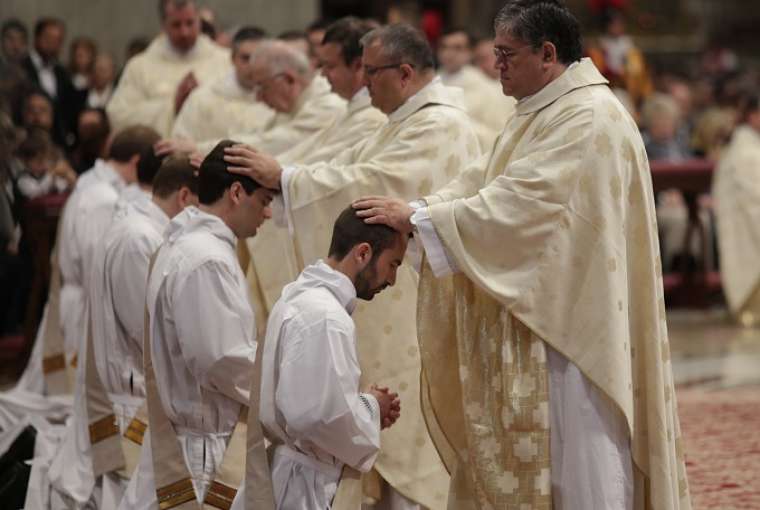 Detroit man thought he was a priest. He wasn’t even a baptized Catholic

If you think you’re a priest, and you really aren’t, you have a problem. So do a lot of other people. The baptisms you performed are valid baptisms. But the confirmations? Nope. The Masses you celebrated were not valid. Nor the absolutions or anointings. And the marriages? Well…it’s complicated. Some yes, some no. It depends on the paperwork, believe it or not.

Father Matthew Hood of the Archdiocese of Detroit learned all this the hard way.

He thought he’d been ordained a priest back in 2017. He’d been doing priestly ministry since then.

Of course, Fr. Hood thought he had been baptized as a baby.But this month, he read a recently issued notice from the Vatican’s Congregation for the Doctrine of the Faith. The note said that changing the words of baptism in certain ways make it invalid. That if the person doing the baptizing says “Webaptize you in the name of the Father and of the Son and of the Holy Spirit,” instead of “Ibaptize you…” the baptism is not valid.

He remembered a video he’d watched of his own baptism ceremony. And he remembered what the deacon said: “Webaptize you….”

The Church presumes a sacrament is valid unless there is some proof to the contrary. It would have presumed that Fr. Hood was validity baptized, except that he had a video showing the contrary.

In short order, he was baptized, confirmed, and received the Eucharist. He made a retreat. He was ordained a deacon. And on Aug. 17, Matthew Hood finally became a priest. For real.

The Archdiocese of Detroit announced this unusual circumstance in a letter released Aug. 22.

The letter explained that after he realized what had happened, Fr. Hood “was recently validly baptized. Furthermore, since other sacraments cannot be validly received in the soul without valid baptism, Father Hood also was recently validly confirmed and validly ordained a transitional deacon and then a priest.”

“Let us give thanks and praise to God for blessing us with Father Hood’s ministry.”

The archdiocese released a guide, explaining that people whose marriages were celebrated by Fr. Hood should contact their parish, and that the archdiocese was making its own efforts to contact those people.

The archdiocese also said it was making efforts to contact other people whose baptism had been celebrated by Deacon Mark Springer, the deacon who invalidly baptized Hood. He is believed to have invalidly baptized others, during 14 years at St. Anastasia Parish in Troy, Michigan, using the same invalid formula, a deviation from the rite clerics are required to use when performing baptisms.

The guide clarified that while absolutions performed by Fr. Hood before his valid ordination were not themselves valid, “we can be assured that all those who approached Father Hood, in good faith, to make a confession did not walk away without some measure of grace and forgiveness from God.”

“That said, if you recall any grave (mortal) sins that you would have confessed to Father Hood before he was validly ordained and you have not yet been to a subsequent confession, you must bring them to your next confession explaining to any priest what has happened. If you cannot remember if you confessed any grave sins, you should bring that fact to your next confession as well. A subsequent absolution will include those sins and will give you peace of mind,” the guide said.

The archdiocese also answered a question it expects many Catholics will be asking: “Isn’t it legalistic to say that, even though there was an intention to confer a sacrament, there was no sacrament because different words were used? Won’t God just take care of it?”

“Theology is a science that studies what God has told us and, when it comes to sacraments, there must not only be the right intention by the minister but also the right ‘matter’ (material) and the right ‘form’ (words/gestures – such as a triple pouring or immersion of water by the one saying the words). If one of those elements is missing, the sacrament is not valid,” the archdiocese explained.

“As far as God ‘taking care of it,’ we can trust that God will assist those whose hearts are open to Him. However, we can have a much greater degree of confidence by strengthening ourselves with the sacraments He has entrusted to us.”

“According to the ordinary plan God has established, the Sacraments are necessary for salvation: baptism brings about adoption into the family of God and places sanctifying grace in the soul, since we are not born with it, and the soul needs to have sanctifying grace when it departs from the body in order to spend eternity in heaven,” the archdiocese added.

The archdiocese said it first became aware that Deacon Springer was using an unauthorized formula for baptism in 1999. The deacon was instructed to stop deviating from liturgical texts at that time. The archdiocese said that, though illicit, it had believed the baptisms Springer had performed to be valid until the Vatican’s clarification was issued this summer.

The deacon is now retired “and no longer in active ministry,” the archdiocese added.

No other Detroit priests are believed to be invalidly baptized, the archdiocese said.

And Fr. Hood, newly baptized and newly ordained? After an ordeal that began with a deacon’s liturgical “innovation,” Fr. Hood is now serving at a parish named for a deacon saint. He’s the new associate pastor at St. Lawrence Parish in Utica, Michigan.