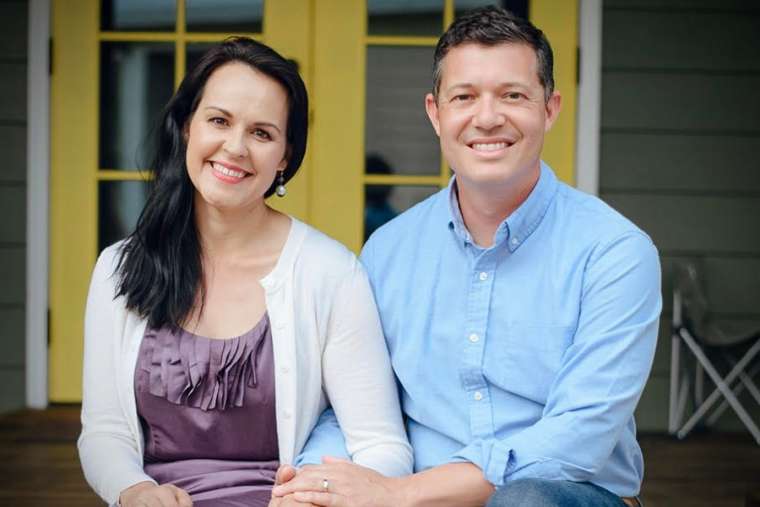 Many Catholic parishes have closed during the pandemic, but one marriage renewal ministry is seeking to reopen the doors of the “domestic church,” the family, during lockdown.

“The doors of so many parishes are closed, or have been closed, and the doors to so many domestic churches have opened up again,” said Mary Rose Verret, co-founder of “Witness to Love” marriage prep ministry and the “Be Light” marriage renewal date night series.

Verret and her husband Ryan are hosting virtual “date nights” for married couples during the coronavirus (COVID-19) pandemic to strengthen marriages and connect families to their parishes so they can create more missionaries for the church.

The growth of the pandemic forced the closure of countless businesses and public spaces worldwide, with many married couples living and working from home under quarantine. The Verrets, who founded the marriage prep ministry “Witness to Love,” saw an emerging need first-hand, as couples told them of their own struggles or their friends’ marriage problems as they are forced to remain indoors, at home.

The current lockdowns have acted as a “relationship accelerator,” Ryan told CNA, as married couples facing conflicts or tension at home have nowhere to go.

“This COVID-19 experience has been almost like a rediscovery of what is essential about life, and that relationships are at the heart of it,” he said.

As they had already been working on a new “mystagogia” series for marriage renewal, one that covered five years’ worth of content as part of a five-step process, the Verrets saw the pandemic as a chance to help couples, launching their “Be Light” series online for families around country quarantined at home.

The Verrets initially planned a virtual date night for couples within the “Witness to Love” ministry. When they saw widespread demand outside their community, however, they decided to open the date night up to everyone, free of charge.

From April 26-30, the “Be Light” program launched as a “toe in the water” to measure the need; soon the Verrets will relaunch their program as part of a “much broader” effort, collaborating with more parishes and dioceses than before.

Within a few hours of the program being offered online, almost 1,500 people from nine countries signed up. Dioceses and parishes have also asked to host their own date nights with the Verrets’ program, saying they wanted to tailor the virtual events to the local levels.

“I think one of the most exciting things, from my perspective, was that parishes and dioceses took such a personal ownership of this date night,” Mary Rose said.

What they will offer parishes and dioceses is a concrete way to connect with parishioners in a time of widespread isolation, and stay connected. Many parishes, especially those in low-income or rural areas, have been effectively cut off from their parishioners during the pandemic, and married couples are feeling isolated from their wider community.

Each date night will feature 12 to 14 minutes of video content, followed by three discussion questions, and then one to two questions for couples to discuss in small groups.

With many churches around the country closed, it is critical that Catholic families at home rediscover the importance of the “domestic church,” the Verrets told CNA.

“The altar in the church doesn’t really make sense to families if they’re not really having an experience at their own kitchen table,” Ryan said.

And the “Be Light” series aims to galvanize families to rediscover their baptismal vocation.

“We have to help marriages understand that they are the light. They are the light that’s going to draw people back,” Mary Rose said. “It’s not just Father or Deacon’s job to do evangelization.”

The current conditions offer a limited-time-opportunity for couples and parishes to connect and form deeper bonds, they said. Once quarantines lift and society reopens, the window now open for a kind of intensive focus and development could close.

“If they [parishes] don’t sort of seize an opportunity to kind of distinguish themselves,” Ryan said, “then it’s going to be a breaking point. People are going to disconnect permanently.”

The five-step “Be Light” process will be released again starting in June, with a new date night released each month for five months.

The five steps are “belong, believe, become, beatitude, and be light.” They cover five years’ worth of material, Ryan explained, as couples are statistically more likely to divorce within the first five years of marriage.

Each step will provide couples a building block, hopefully strengthening their bond to a point where they can serve as a light to other married couples.

The process begins with “belong,” as married couples who have left secular lifestyles first need to “belong” to a community, Ryan explained. Then the couples receive catechetical formation to help them “believe”, leading them towards an experience of conversion (“become”), as they learn how to live the Sermon on the Mount (“beatitude”), and see themselves as missionaries (“be light”).

The best way to advance through the process is “with other couples,” Mary Rose said. “It’s in community and in relationships that we grow.”