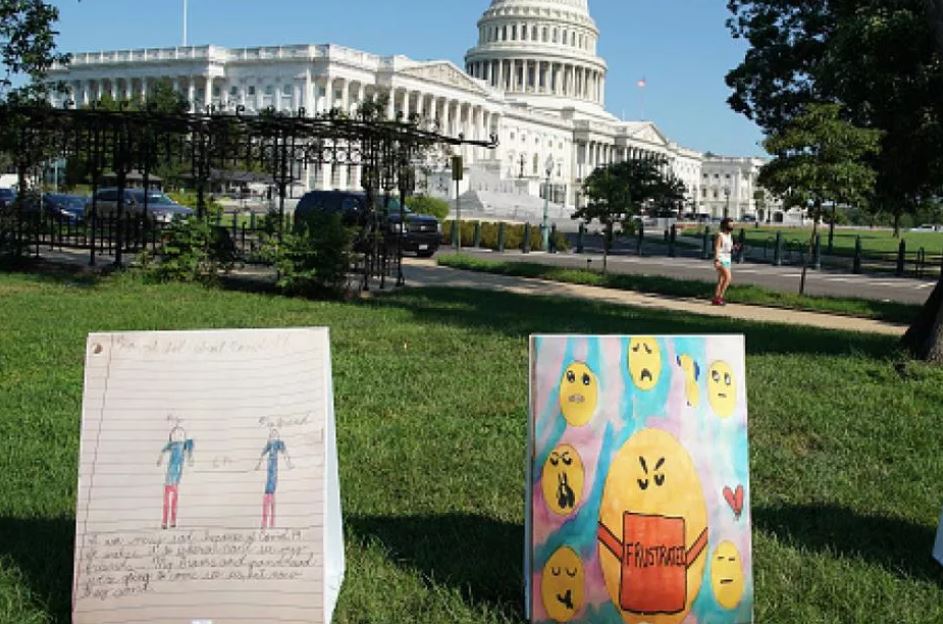 When stay-at-home orders imposed in March to slow the spread of the coronavirus extended into April, Dr. Ray Guarendi began to see trouble ahead for the nation’s mental health.

The Catholic psychologist and authorpredicted an increase in social pathologiesas a result of the shutdown, saying, “We need to consider the unintended results … I wonder about the divorce rate. I wonder about the suicide rate, the addiction rate.”

His concerns have turned out to be well-founded. Surveys assessing the mental-health impact of the coronavirus restrictions are showing an increase in such “diseases of despair” as anxiety disorder and depression.

From June 24-30, 40.9% of adults over the age of 18 in aCenters for Disease Control surveyreported symptoms of at least one mental or behavioral health condition — 30.9% had symptoms of anxiety or depression related to the pandemic, 26.3% had trauma and stress symptoms, 13.3% had started or increased substance use to cope, and 10.7% had seriously considered suicide in the previous 30 days.

Similarly, aBoston University studyfound that the incidence of depression symptoms has more than tripled since the beginning of the pandemic.

In anothersurvey by the Cleveland Clinic, 77% of men said they were stressed about the health of their family and the state of the economy because of the coronavirus, and three in five said the virus has affected their mental health more than the 2008 recession did.

Still anotherreportby the Well Being Trust and the Robert Graham Center has projected as many as 154,037 “deaths of despair” from drugs, alcohol and suicide related to COVID-19, calling it the “epidemic within the pandemic.”

And most of those responding to aGallup pollindicated they could endure the restrictions as long as necessary before experiencing physical (68%) or financial hardship (54%), but only 48% said their mental health would hold out.

“Essentially, psychological reserves give way before financial ones,” Dr. Francie Broghammer said. The chief psychiatry resident at the University of California at Irvine added, “The reality of the situation is that we are not meant to be isolated creatures. We are meant to exist in community with one another.”

Besides the economic insecurity and family difficulties brought on by the coronavirus restrictions, Broghammer said people are living in a state of uncertainty, not knowing when and if things are going to get better.

“This takes a terrible toll on individuals. Uncertainty weighs a lot on our psyche.” It also leads to upticks in depression and suicide, as was seen during the Great Depression, she said. “These are natural consequences. … It’s not that people failed to prepare themselves. It’s just an unnatural situation to put our bodies in.”

Guarendi agreed. “The ramifications are at every level and have dramatically weakened our societal glue. Just the [absence of] normal smiles that you would have in a social setting, the fact that you couldn’t attend funerals, couldn’t have wedding receptions, risk getting in trouble with societal busybodies who are going to report you … I don’t think there is any way we could have done a better job of dissolving the social glue that society needs than what we’ve done.”

David Jobes, Ph.D., professor of psychology and director of the Suicide Prevention Lab at The Catholic University of America, said history shows that when Americans can unite around an event — even a tragedy like the 9/11 terrorist attacks — there is aresilience effectand so a suppression of mental-health issues.

However, if that occurred initially with the coronavirus as people experienced a shared commitment to observing the restrictions, he said, it dissipated as they tired of wearing masks and not having their lives back.

“That is totally understandable,” he said, “but the paradox is they’re doing things that end up making it worse.”

Dr. Cynthia Hunt, a Catholic Medical Association board member and psychiatrist in Monterey, California, said at the beginning of the coronavirus shutdowns, she was hopeful people could weather the restrictions for what was expected to be about six weeks. But as they wore on, she and her colleagues began to see an increase in mental-health issues within their practices.

“There was a sense of increasing anxiety, a sense of hopelessness — when will this end? — and then tremendous fear, which can lead to depression and anger,” she said. “People were more irritable in general. Then there were the effects of the extended shutdowns, which may have been necessary and probably were to a degree. We can’t walk back and say it shouldn’t have been done, but maybe we should have prepared better for what we were going to experience.”

Hunt said the factors affecting people’s mental health have varied depending on their situations, vulnerabilities and coping skills and range from loss of loved ones, financial stress and social isolation to children not being able to go to school, the uncertainty of who is going to become ill from the virus and the fear of being a carrier and not knowing it.

Broghammer said a lack of perception of autonomy also has impacted many people, especially in places where shutdowns were extended. The sense that someone doesn’t have control over his or her life can be debilitating, she said. Likewise, people have become accustomed to seeing others as a threat.

“We’ve done this long enough that we’re seeing a fundamental shift in psyche: that other people can’t be trusted,” she said.

Yet another factor, Hunt observed, has been the state of society and the family.

“I do believe that as a nation, the fabric of our society is not strong,” she said. “It’s vulnerable for many reasons, including the fact that God is no longer central to our nation. He is for many people and, thankfully, that’s the case, but as a nation, this has been an issue for a while. And if you look at the family unit, we know that the fabric of it has really been disturbed and is wounded.”

Hunt said as the virus hit, the country wasalready strugglingwith having enough resources to address increasing rates of suicide, depression and the continuing opioid crisis.

“We were already vulnerable and having some difficulty meeting all the needs of the mental health of our people, even before the pandemic,” she said. “We were not in a good place of strength to be able to walk into something like this.”

For previous generations, she said, having God at the center of their lives gave meaning to suffering and ways to work with grief.

Guarendi noted, “Other generations had various levels of stress, but they had a different view of life. When you push God out of the equation, this life is the only life and anything that remotely threatens this life must be stopped at all costs.”

“This virus is so unpredictable,” she said. “There’s a changing understanding of it and of transmission. … Even though we know some are vulnerable, that doesn’t help us protect those who might be vulnerable.”

Hunt herself has had a 34-year-old friend hospitalized with COVID-19 and an elderly family member who died with both congestive heart failure and the virus.

“I’m living with it,” she said. “It makes us afraid of one another. The fear that I could pass a virus to someone else, that someone else could pass it to me, that’s unique.”

Guarendi is concerned, however, that the messages being sent by the media have shaped the mindset of many to such a degree that their fear, especially on the part of young people, is out of proportion to their level of risk.

“The media makes it sound like COVID is out there waiting to kill everybody,” he said. “We have created an absolute cultural anxiety, and what we’re doing to the children is unconscionable.”

Interestingly, although young adults under 35 are not considered to be at high risk for becoming seriously ill from the virus, they are suffering the most anxiety and depression related to the pandemic. Broghammer said this is because they are at an age when they are paying off student debt, getting their first career jobs, getting married and having children.

“A lot of important things are going on, all of which came to a screeching halt and induces a fair amount of uncertainty,” she said.

At the same time, she said, this age group also has a lower tolerance and appreciation for suffering.

Hunt added that many young people lack sufficient skills to withstand severe stressors, including trauma and loss. Furthermore, she said, theirs is a population that was suffering before COVID came on the scene.

“Suicide rates were rising significantly before COVID,” Hunt said, “so they were already a vulnerable population.”