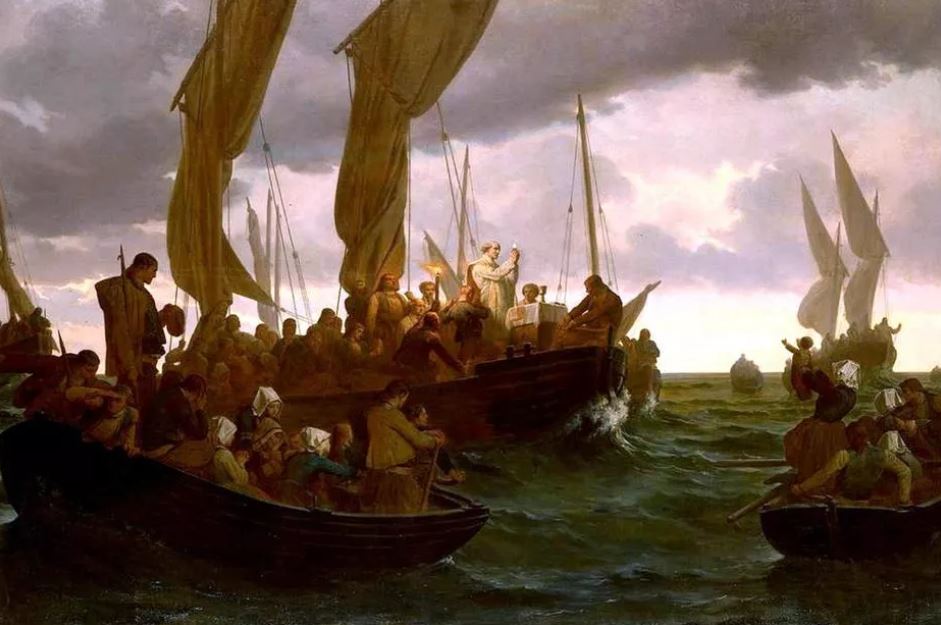 God has no need for our praise. We praise him because we are creatures, and he is worthy of praise.

An atheist whose material I have now refuted more than 50 times has contended that the notion of God receiving praise casts aspersions upon his nature. He argues that a “desire for adulation” is a thing that (by analogy) human beings should shake off as they grow older and mature; yet God (according to him) doesn’t show that trait.

He doesn’t comprehend the rationale for such praise and worship, because we are telling God nothing he doesn’t already know: that is, that he is infinitely superior to us, as our Creator and the Supreme Being of the universe. He sees it as a manifestation of insecurity; as “sycophantic praise” for a “narcissistic” God. He thinks it makes God the equivalent of a “spoiled child” and “petty.”

How melodramatic, and how very ignorant. Wouldn’t you think that if God was as this anti-theist atheist zealot portrays him, that we could and would find explicitindicationof it in the Bible? Surely if his account is true, and God is a cosmic narcissist and egomaniac Who exists in order to receive human praise, which is to him like blood to the mosquito and applause to an overconfident, self-important opera star, then the Bible would befilledwith descriptions such as God desires praise, or needs it, or wants it or demands it, right?

In fact, when I went to do a search for such phrases with theonline Biblethat I use, I could find no such thing: zero, zip, zilch. It cansearch phrasesand also“proximity” searches, where you put in two words and see if they are found within 80 characters of each other. I did both kinds of searches for the following words:

It produced absolutely nothing.Odd, isn’t it? God’s supposedly full of himself and obsessive about receiving praise, yet we can’t findanyexplicit indication of such a thing.

And we don’t because the fact of the matter is, that according to standard orthodox Christian theology regarding God (what we call “theology proper”), it’s not only true that God needs nopraise, but also that heneedsnothingwhatsoever. If the atheist in question had gotten to first base in his study of Christian theology, he would know this. But the Bibledoesteach that:

Acts 17:24-25(RSV) The God who made the world and everything in it, being Lord of heaven and earth, does not live in shrines made by man, nor is he served by human hands,as though he needed anything, since he himself gives to all men life and breath and everything.

Before I explain the Christian concepts that describe these attributes of God, I shall use a human analogy to illustrate how Christians view the praise of God. It’s like war heroes: say the soldier who risks his life in an extraordinary way and saves 20 of his fellow soldiers. Or men or women who come back from battle with missing arms or legs or permanent brain damage, having voluntarily put themselves in harm’s way, or, say, the firefighters in New York City on 9/11 who repeatedly went back into the twin towers to save people, thinking nothing of their own safety.

The heroes who did these things and managed to survive, invariably don’t think of themselves as heroes, and they seek no praise or adulation. No doubt (as they are human beings, and want to feel loved and appreciated like we all do) they feel grateful if someone compliments or thanks them, but they don’tseekit. Now, does it follow that we shouldn’t praise and honor them, because they feel that way? No. We do it because it is right and because it is good forus. It makes us better people to recognize heroism and noble behavior.

That’s how it is with God and our praise of him, for all he has done for us. He doesn’t need it because he doesn’t need anything. God the Father doesn’t experience emotions as we do, at all. This is the doctrine ofimpassibility.

God is entirely self-sufficient: what is calledaseity. The Wikipedia article on that states:

Aseity has two aspects, one positive and one negative: absolute independence and self-existence. In its “negative” meaning, which emerged first in the history of thought, it affirms that God is uncaused, depending on no other being for the source of God’s existence. In its “positive” meaning, it affirms that God is completely self-sufficient, having within Himself the sufficient reason for his own existence. The first concept derives from “the God of philosophers”, while the second one derives from “the living God of Revelation” (I Am Who I Am: Exodus 3:14)

He needs nothing and besides being impassible, is alsoimmutable, meaning that hedoesn’t change(a thing that would be required for him to have emotions and change from one state to another).

Someone might say, “now, the Bible does refer often to God changing his mind and ‘repenting’ etc. How is that to be explained?” It’s explained byanthropomorphism and anthropopathism: which mean that God is often portrayednon-literallyin the Bible in order for human beings to better comprehend him. Not one atheist in 50 understands this, but they should. It’s important to know.

In summary, we praise God because he is worthy of praise, as the Creator of the universe and a loving God who will save us, and provide us with a blissful never-ending life in heaven when we die, because of Jesus’ sacrificial death on our behalf, if only we will let him do so.

He’s utterly worthy of it. We do it because we are grateful and because we are only fully ourselves if we acknowledge the God who made us and designed us to be most happy and joyful when in communion with him. But he doesn’tneedit (let alone demand it). He has need of nothing whatsoever.

Only a Virtuous Person Can Live a...

What is confirmation and what are...