Does the Virtue of Obedience Mean You Have to Obey Every Human Law? 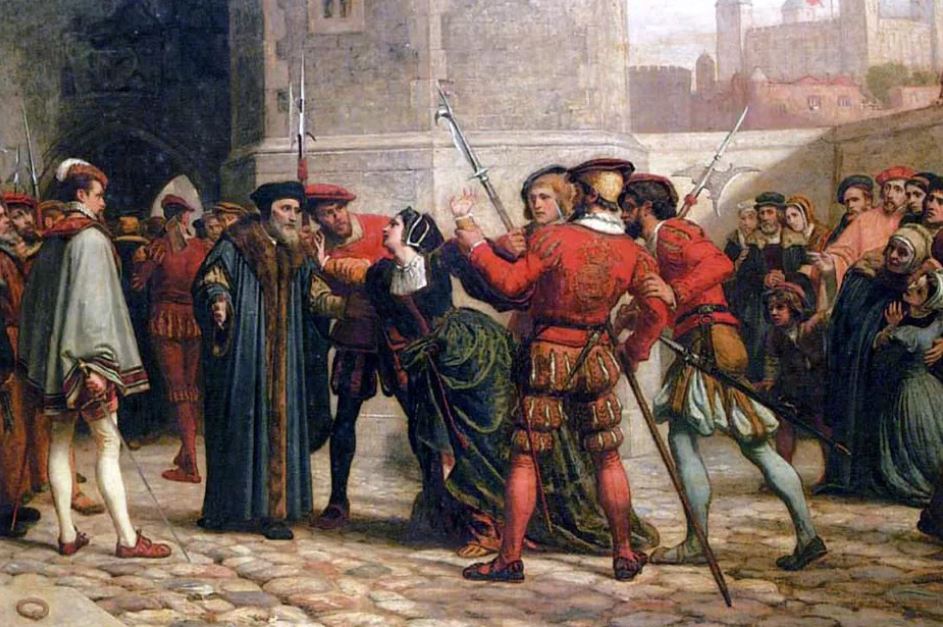 Does the Virtue of Obedience Mean You Have to Obey Every Human Law?

When judging whether or not to follow a particular law, here are some things to take into consideration.

Throughout the first 12 years of my time teaching moral theology at Benedictine College, students would occasionally ask whether or not they had to follow a law that they believed to be unjust.

When the Obama administration required insurance coverage of contraceptive and sterilization procedures, the number of students wondering about following unjust laws increased — especially among my students entering into the medical profession. However, with the advent of the COVID-19 crisis, nearly all of my students are unsure about whether or not they have to follow laws that they believe are violating their legitimate natural rights.

In order for people to know whether or not they have to obey any particular law, they have to understand the virtue of obedience.

The Importance of Obedience

In order for people to grow in any virtue at all, it is necessary that they be guided and motivated by parents and other mentors to do virtuous actions.

For example, a young child does not yet have the virtue of honesty and needs to be guided to tell the truth and punished when he tells lies. This guidance and motivation is done through the use of laws (in the broad sense of this term). By following the laws of his parents and other mentors, the child slowly begins to develop the virtue of honesty.

I can attest to a time in my own life when as a 4-year-old I made numerous holes in the screen door with the hammer. Not wanting to get in trouble, I lied about doing it. However, somehow my parents already knew I was guilty and punished me — not for damaging the screen door, but for lying. This action had a significant impact on my moral formation as I realized that lying was a more serious offence than putting holes in the screen door. I did not yet realize the importance of the virtue of honesty in relationships and for the good of society, but my sore bottom showed me that honesty was important in our house. The threat of punishment coupled with the guidance of my parents caused the virtue of honesty to grow within me at a very young age and resulted in great happiness even as a child.

Thus, in the moral life, obeying the laws established by parents and other mentors is absolutely essential to the establishment of virtues. For society to function in an ordered manner and for members of society as a whole to grow in virtue, this obedience must extend beyond parents and mentors to government officials and others with the care of the common good.

Because of its role in causing virtue and establishing order, obedience is an essential virtue. However, its role and importance varies based upon the type of moral system.

Within the Bible, two types of moral systems can be found. The first is an obligation or transaction-based approach where the most important determinant of the goodness of an action is whether or not it follows God’s law. A good example of this system can be found in the covenant between God and Moses. If the Israelites follow God’s laws, then they will be materially rewarded. If they don’t, they will be severely punished. (Look at Deuteronomy 28 for a good example of this). Israel’s relationship with God is that of a servant to his master. Morality is all about following the law, which if followed would result in material blessings (and the avoidance of suffering). Hence, for the sake of the community, everyone needed to follow the law.

The second type of Biblical moral system is a teleological or beatitude-based moral system. In this system, the primary determinant of the goodness of the action is whether or not it is ultimately ordered toward a loving relationship with God. Following the law is still important, but only because it guides and moves people to perform actions that form them into the type of people who can enter into a loving relationship with God and others.

Good examples of a teleological moral system can be found in the Sermon on the Mount and John 15. In these passages interior dispositions like love and humility are formed so that even on earth people can share in Christ’s joy as part of the kingdom of heaven. Suffering is no longer a punishment to be avoided but to be endured as a way of showing love to others. (“There is no greater love than to lay down one’s life for one’s friends.”) Humanity’s relationship with God is now that of a friend (John 15) or devoted child (Paul’s letters).

Both of these types of Biblical moral systems are important in the moral life. When one is a child in his moral development or understanding, an obligation-based moral system is necessary to guide and motivate him to do good actions. As a 4-year-old, I did not yet understand how honesty was necessary for authentic loving relationships. I needed my parents to use an obligation based approach to help me grow in virtue. It would have been pointless for them to explain to me the long term spiritual benefits of telling the truth; I needed immediate physical feedback.

However, as I grew in understanding and began to form moral virtues, my formation required a teleological moral system. Adults in the moral life do good things not only because they have to but because they want to. My relationship to God and my parents needed to change from that of a servant or immature child to that of a friend or loving child.

In an obligation-based system, obedience is essential for the law to guide and move those who are not wise enough or virtuous enough to understand and apply the moral laws to their lives. Hence, in an obligation-based system, the virtue of obedience is of the utmost importance because the morally immature require it to grow in virtue, and all in society must obey for the sake of the common good. Obedience means immediately and without question following the rules given by external authorities. Only if it is absolutely evident that a law goes directly against a divinely revealed precept (and even then the assumption would normally be that the ruler had some special wisdom) would the person think of disobeying.

In a teleological system, obedience has a much less important role and takes on a different function. One must still obey God, but the focus is now on the internal aspect of participating in God’s wisdom and love. The virtues of prudence, wisdom, justice and charity are much more important than obedience to external authorities.

The person with prudence and wisdom understands the moral action because he can judge properly by the natural law and divine law (God’s reveled guidance). Justice and charity drive him to perform these good actions. Since he is now a friend of God, he is given knowledge of God’s plan both for him and for humans in general (cf. John 15:15). Hence, obedience is now always within the context of letting the Holy Spirit guide him intellect to know the truth and move him will to love the good.

However, there are still two reasons why he must obey worldly authorities: First, all people still have some areas of moral weakness in their life where they need others to hold them accountable to do good actions. Second, some people with governance over society must exist to help society as a whole attain the common good. Hence, although the virtue of obedience to external authorities is less important in a teleological system and takes on a different role, it is still an important virtue. However, because now the person has the virtues of wisdom and prudence, acts of obedience are always within acts of wisdom and prudence.

In other words, one must always judge whether or not the law is in accord with the eternal law (God’s wise plan) as known through divine and natural law. In a teleological system, obeying without judging is never a virtuous act of obedience.

So in a teleological system, how does one know when to obey and when not to obey? The virtue of obedience perfects the will to love the proper authority (or at least the office of the person). Hence, out of love for the lawgiver, the person follows the laws. Like all moral virtues, obedience is the mean between an excess and a defect. Here is the virtue continuum:

With disobedience, the person fails to love the proper authority enough to follow the laws. Therefore, he disobeys. With idolatry, the person loves the authority figure too much, so he follows laws that he knows are not in conformity with the eternal law (God’s wisdom ordering the world). It is idolatry because he is treating something as if it’s more important than God. Because unjust laws move humans to evil actions, following unjust laws has the same function in the moral life as temptation does. The person with proper love of the lawgiver promptly and joyfully follows the laws that he judges to be in accord with God’s wisdom.

So when judging whether or not to follow a law, two things must be taken into consideration. First, is the law rational? In other words, is it in accord with the eternal law as known through the divine and natural law?

Regarding the COVID-19 situation, one should ask if a law fully considers the psychological, social and spiritual health of the community in addition to the physical health of the community. If the law appears to be irrational, one must be sure that it is actually irrational and doesn’t just appear that way because he is not considering the common good as a whole. For example, some laws might hurt individual persons in a minor way but help the community as a whole.

Second, if the law is actually irrational, does following it actually harm the person or community? For example, there are several Covid-19 requirements that are irrational but following them doesn’t do any significant harm to any members of the community. I generally follow these laws out of love for the lawgivers even though the laws can be arbitrary. However, there are a number of other COVID-19 laws that are irrational and do real physical, psychological, social or spiritual harm to either persons or the community (and don’t bring about a greater, necessary good to the community as a whole). Under the virtue of obedience, one should not follow these laws because they are contrary to God’s wisdom, which orders all humans to true happiness.

Since the late Middle Ages, many within the Church have had a tendency to emphasize an obligation-based approach to obedience. When they were working with a largely uneducated laity being led with largely uneducated priests, it only made sense to primarily emphasize blind obedience to the laws

Today, however, in many parts of America both the clergy and laity are well-formed in their faith. These people are adults in the moral life and should be encouraged to consciously seek the guidance of the Holy Spirit in their lives. The emphasis should be on a teleological approach to obedience. In this approach, although obedience causes people to love the lawgivers and listen to their laws, it especially causes people to ask if these laws are truly in accord with God’s laws. A proper understanding of the virtue of obedience requires that people judge whether or not laws protect and promote the spiritual health as well as the physical health of the community.

Rethinking the End of Life: The ‘G... 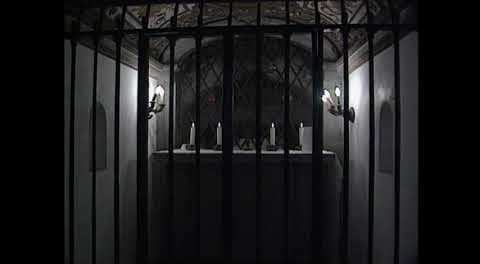 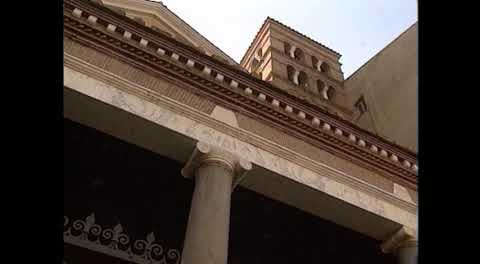 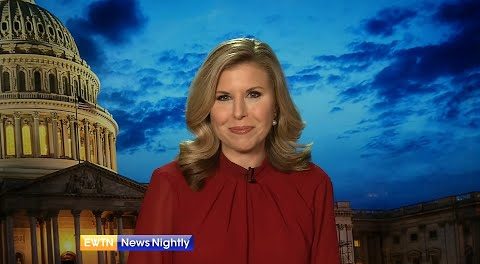 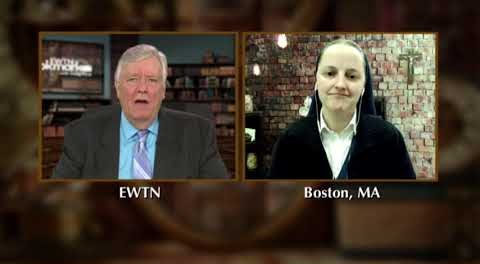