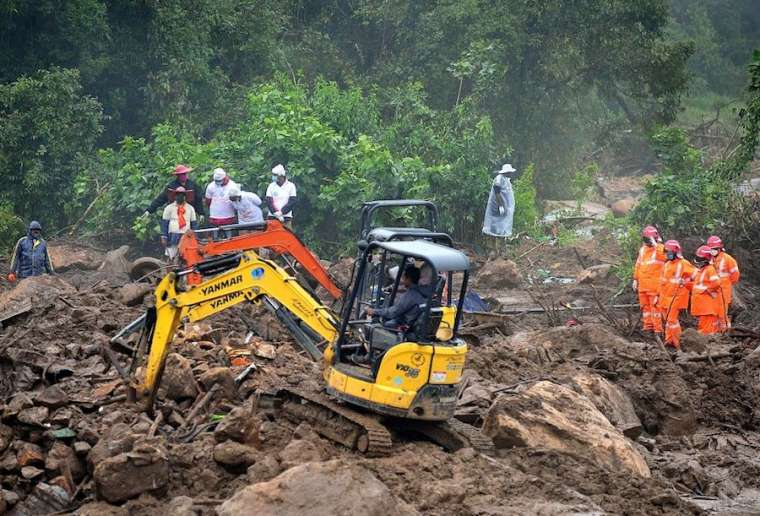 A landslide in southern India has killed at least 52 people and destroyed dozens of buildings, including one Protestant church, in recent days.

For nearly a week, Kerala state has faced monsoon rainfalls and flooding, triggering a massive landslide in the Idukki district. Dozens of houses on a tea plantation were demolished, and about 70 people were buried by the mud when a hill collapsed.

More than a dozen people are still missing, and search-and-rescue operations are ongoing.

Local Catholics are now working to help those affected by the flooding.

The Archdiocese of Changanaserry is coordinating relief efforts, with priests, nuns, and lay volunteers assisting.

Other areas of the state are also suffering with strong winds, heavy flooding, erosion, landslide, and falling trees causing damage, he said. Distributing supplies has been challenging, as many people are hesitant to approach relief camps due to fear of the COVID-19 pandemic.

Flooding during the monsoon season is an annual threat for people in certain parts of India. Last year, it was estimated that 17 million people were affected by flooding and landslides throughout the monsoon season.

Caritas India works with local diocesan-level partners throughout the country each year to offer food, shelter, and other assistance to those who have been displaced or affected by the flooding.

Analysis: Was a stack of Bibles bu...

Too few safeguards, opponents of N...