Election not yet resolved, with critical Catholic issues hanging in the balance 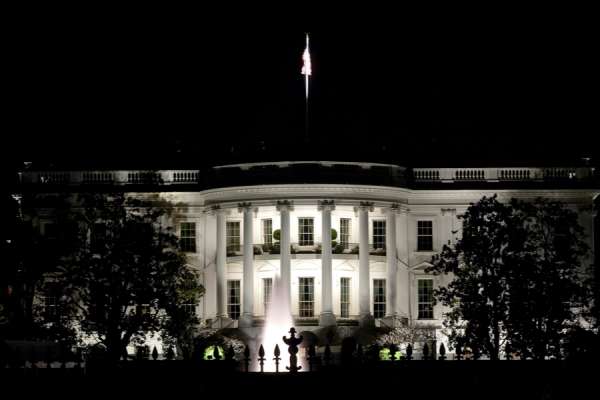 Election not yet resolved, with critical Catholic issues hanging in the balance

CNA Staff, Nov 3, 2020 / 11:06 pm (CNA).- Control of the White House and Senate remained unresolved on Election Night, with Pennsylvania expected to take days to certify a result in the presidential contest, and a run-off set to be held in Georgia’s special election for the Senate.

Early predictions of a “Blue Wave” appeared premature Tuesday night, as President Donald Trump appeared set to hold the key states of Texas and Florida, while former vice president Joe Biden was projected to flip Arizona, setting up narrowing paths to victory for both candidates.

Campaigners and commentators Tuesday night widely pointed to Pennsylvania as critical to either candidate’s chances of success, while state officials warned it could be days before a result was certified, after an unprecedented number of ballots were cast by mail owing to the coronavirus pandemic.

In the Senate, Republicans and Democrats each flipped single seats, with outstanding races looking to favor the incumbents, and a runoff between the top two candidates in Georgia set for January, teeing up a reduced majority for the Republicans, but with upset results still possible.

With the House of Representatives projected to remain under Democratic control, a razor-thin majority in the Senate would be crucial for Republicans to put a break on a potential Biden administration and for Democrats to check appointments in a still-possible Trump second term.

In the event of a Democratic victory in both the White House and the Senate, it would give the party rare control of both Congress and the executive branch, and trigger action on a slew of legislative action on a variety of issues, from climate change to immigration.

However, too narrow a result in the Senate would leave them well short of a three-fifths majority needed in the Senate to overcome the legislative filibuster. Democrats could try to pass rule changes to abolish the procedure, but would have no margin for error and moderate members could be hesitant to take such a controversial move.

For both parties, passing another round of coronavirus relief is the most time-sensitive priority—with Congressional Democrats set on pushing pro-abortion measures in any further releif measures.

Funding of abortion groups through COVID relief has been debated since the outset of the pandemic. In March, the CARES Act passed with bipartisan support and included measures barring Planned Parenthood affiliates from getting emergency small business loans. Planned Parenthood affiliates were still able to access $80 million in PPP loans, however.

The CARES Act also included Hyde Amendment protections. The Hyde Amendment has been enacted annually since 1976 as an attachment to health spending bills, and bars federal funding of elective abortions in Medicaid.

In the event of Democratic control of both chambers, health care spending could pass Congress in the form of COVID relief that does not include Hyde provisions.

Democrats have for years signaled their intent to undo the Hyde Amendment, and all Democratic presidential candidates—including Joe Biden—called for an end to the policy during the 2020 campaign. House Speaker Nancy Pelosi (D-Calif.) has said she would not include the policy in spending bills next year.

Now, some pro-lifers are concerned that a new round of COVID relief would not only ditch the Hyde Amendment, but would also include other funding streams for abortions and abortion providers such as Planned Parenthood.

Despite existing filibuster rules, a future COVID relief bill might not require 60 votes for passage. House Speaker Nancy Pelosi (D-Calif.) said on Monday that Democrats, if in control of both chambers, plan to pass COVID relief by the process of reconciliation, The Hill reported. There they would need only a simple Senate majority to do so, via the process used for spending bills.

Another known legislative priority for Democrats will be passage of the Equality Act.

The act, which passed the Democratic House in 2019, makes sexual orientation and gender identity protected classes in federal law and bars discrimination in a variety of areas, including in public accommodations, education, federal funding, employment, housing, credit, and the jury system.

Critics of the bill –including the U.S. bishops– have warned it would enshrine transgender ideology in law and would not include sufficient conscience protections for individuals and religious organizations opposed to the LGBT agenda.