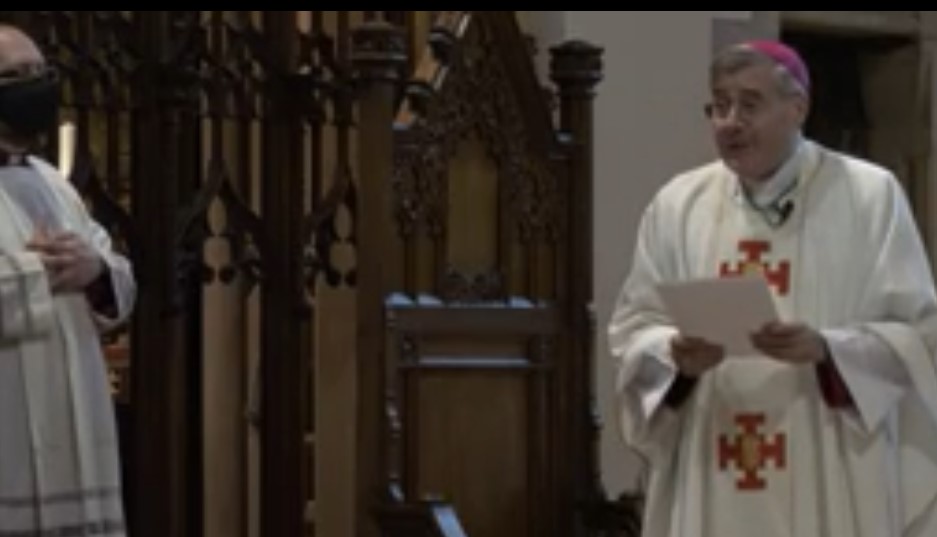 An English bishop has encouraged Catholics to pray for the canonization of Mother Elizabeth Prout – a 19th-century religious sister who cared for the “most abandoned” of the Industrial Revolution in Manchester.

During his homily at a Sept. 2 Mass celebrating the bicentenary of Prout’s birth, Bishop Mark Davies of Shrewsbury applauded Prout’s dedication to the vulnerable people of early industrial England and said her saintly example is an inspiration today.

“She became a sister to the abandoned so they might recognise their own innate dignity as children of God. It was this that made Elizabeth a pioneer of education, establishing day and night schools for the industrial poor and homes of refuge for factory girls,” he said.

“Together with a handful of companions she confronted the most degrading situations with the confidence of the revolution which flows from Christ’s command: ‘Love one another as I have loved you.’”

The Mass was said at the Cathedral Church of Our Lady Help of Christians and Saint Peter of Alcantara in Shrewsbury.It was attended by members of the Sisters of the Cross and Passion, the religious institute co-founded by Mother Elizabeth.

Prout was born in Shrewsbury in 1820 and baptized in the Anglican Church of St Julian. Her father Edward, a lapsed Catholic, worked as a cooper for a local brewery.

Mother Elizabeth decided to enter into the Catholic Church in her early 20s, which strained her relationship with her family. She was brought into the faith by Blessed Dominic Barberi – an Italian missionary who also brought St John Henry Newman into the Church.

“This decisive step in Elizabeth’s life came at the enormous cost of being disowned by her parents and being asked to choose between attending Mass and continuing to have a home and family,” the bishop said.

“Yet this would be the moment when the Passion-centred spirituality of Saint Paul of the Cross led to the discovery of her vocation. Taking to heart the memory of the Holy Family of Nazareth and Christ’s Passion and Cross, Elizabeth found the courage to travel alone to the industrial north; there among the degraded and discarded she dedicated a religious life to the recognition of the value and eternal destiny of every human being in those first slums.”

She became a nun at the age of 28, and, a few years after her final vows, she was given a teaching post in industrial Manchester, where she worked among poor Irish migrants, women, and factory workers.

During her time as a teacher, Manchester was one of the world’s first industrial cities but working conditions for the poor residents were atrocious. It drew criticism from early communist thinkers such as Karl Marx and Friedrich Engels, who described it as “hell upon earth.”

“Significantly, Elizabeth would be led to the same industrial city where Karl Marx and Friedrich Engels had sat together to formulate the violent theory of Communism; an ideology that would bring still greater suffering to humanity,” said the bishop.

“Yet, Elizabeth risked violence herself to enter Manchester’s darkest and most dangerous streets in order to reach those in greatest need. If Marx and Engels merely observed the condition of the poor, Elizabeth desired to live and die among them.”Prout helped establish numerous schools and hostels across poverty-stricken parts of northwest England. She also taught women to be self-sufficient, teaching them skills to support themselves and permitting the other religious sisters to earn their own wages.

Leo XIII approved Prout’s religious community in 1863. Prout, also known as Mother Mary Joseph, was named the order’s first superior general. Today, the Passionist Sisters work with the poor all over the world, including countries such as Papua New Guinea, Argentina, Chile, Peru, and Jamaica.

“Elizabeth’s legacy would be a worldwide community of women – the Sisters of the Cross and Passion – committed to the same wide horizons of mission. Mother Mary Joseph would rejoice to see this birthday gathering of her Sisters in her hometown, whether physically present or via the internet,” he said.

“Yet, the child born beside the River Severn two centuries ago could never have imagined that her life would one day be considered as exemplifying for all generations, the fulness of the Christian life and the perfection of charity. A life which would continue to speak in new and prophetic ways to this 21st century.”

Mother Elizabeth died from tuberculosis at the age of 43 in Lancashire in 1864. Her sainthood cause was submitted to the Vatican in 2008.

Bishop Davies said Prout’s saintly life is an inspiration to the people of the 21st century and particularly relative to what Pope Francis describes as a “throw-away culture.” He said that wherever human life is depreciated, Mother Elizabeth connects true social progress and human dignity to divine love.

“She saw clearly that it was only by discovering that we are loved by God that the innate and eternal worth of every human life is recognised and held secure,” he said.

“In societies where there is an urgent call for new evangelisation, she exemplifies that it is only by the discovery of interior life – of intimate, friendship with Christ – that we will be able to go beyond the limits imposed by our fears and so respond to our Christian calling.”