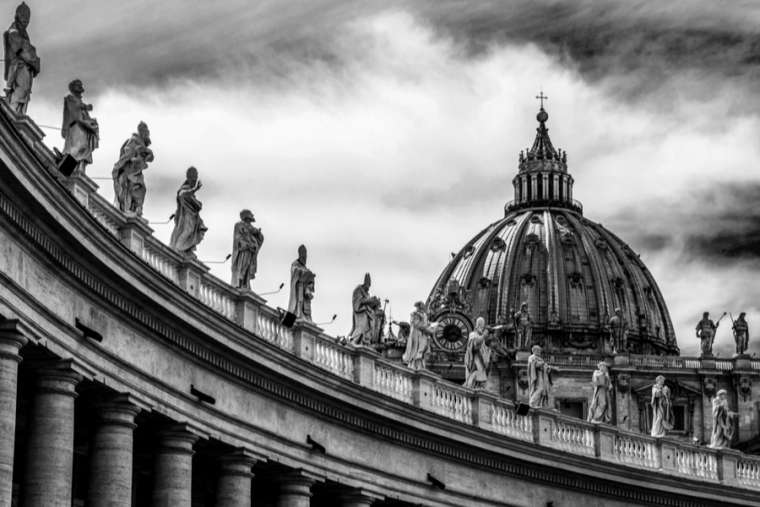 Enrico Crasso, a longtime investment manager for the Vatican, has defended his stewardship ofChurch funds controlled by the Secretariat of State, saying investement he made were “no secret.”

Crasso, who worked with the Vatican starting in 1993, was named in reports last month alleging that Cardinal Angelo Becciuused millions of eurosof Vatican charity funds in speculative and risky investments, including “loans” for projects owned and operated by Becciu’s brothers.

On Sept. 24, Becciu wasasked by Pope Francis to resignfrom his Vatican job and from the rights of cardinals following the report. In a press conference, the cardinal distanced himself from Crasso, saying he did not follow his actions “step by step.”

According to Becciu, Crasso would inform him of what investments he was making, “but it’s not that he was telling me the ramifications of all these investments.”

Crasso appeared to corroborate Becciu, saying they met only 5-6 times since 2012. He claimed that Becciu also never applied “pressure” about what investments to make.

Crasso is the manager of the Centurion Global Fund, in which the Holy See is the principal investor. The fund is connected to several institutions linked to allegations and investigations of money laundering, aCNA investigation found.

The fund also registered a loss of some 4.6% in 2018, while at the same time incurring management fees of roughly 2 million euros, raising questions about the prudential use of Vatican resources.

According to Crasso, “the Secretariat [of State] has always earned from our management.”

The Centurion Global Fund first made headlines in December 2019 for its use of Vatican assets under its management to invest in Hollywood films, real estate, and utilities, including investments in movies like “Men in Black International” and the Elton John biopic “Rocketman.”

Italian newspaper Corriere della Serra reported that Centurion had raised around 70 million euro in cash, and that the Holy See’s Secretariat of State was the source of at least two-thirds of the fund’s assets.

Crasso said Oct. 4 that after Il Corriere’s Dec. 2019 article, he was told “the Holy Father had given instructions to liquidate the fund. And now we are closing it.”

In conflict with Becciu’s claim that he didn’t know what Crasso was doing, Crasso said “Centurion was known in the Secretariat [of State]” and that Vatican officials “knew very well” which investments were being made.

Asked how he made his decisions about how to invest Vatican money, Crasso said the secretariat pointed out some investments to him directly, such as shares in the English Eos fund, who were “friends of Monsignor Alberto Perlasca.”

Perlasca is Becciu’s former chief deputy at the Secretariat of State. In February, his home and office were raided by investigators over his participation in the Vatican’s investment of hundreds of millions of euros with the Italian financier Raffaele Mincione.

Crasso indicated that on at least one occasion he informed Perlasca that a desired investment was too risky and advised making an investment of only six million euros instead of 30 million, which they did.

Vatican investments through Centurion have also been reported to include funds from the Peter’s Pence collection, intended to support charitable works and the ministry of the Holy See.

Crasso confirmed that “the funds of Peter’s Pence were managed by banks, including hedge funds. Everyone knew it,” he said. “Now, however, the Vatican’s auditor general argues that these funds were tied to charitable works. But they never told the banks!”