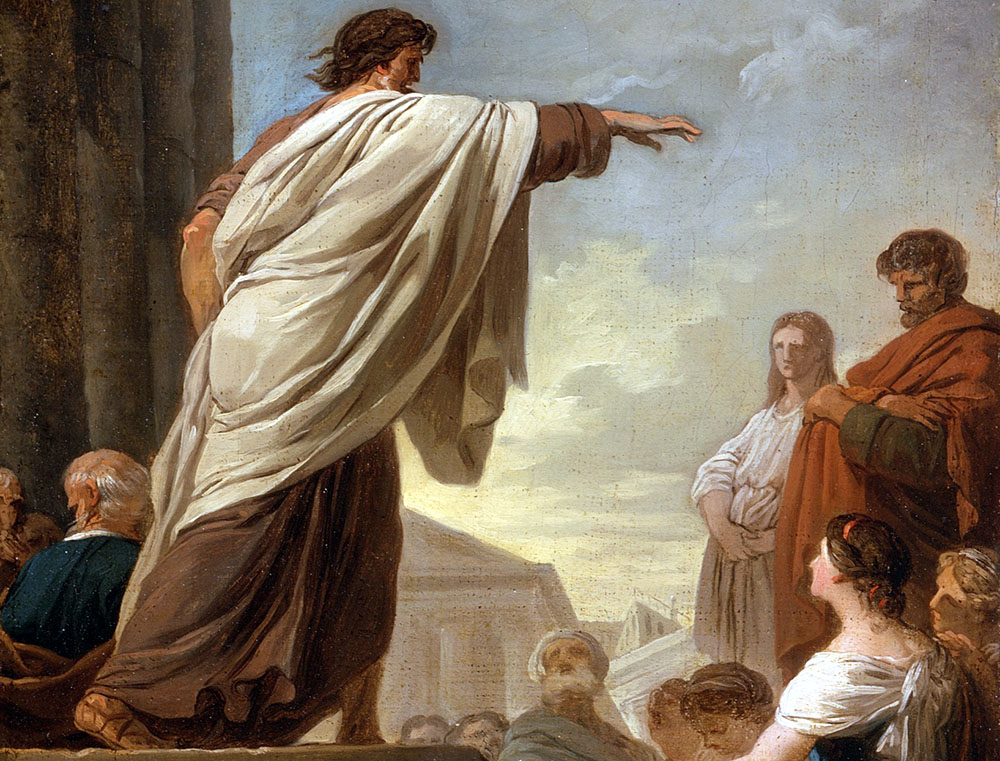 The New Testament clearly supports Catholic soteriology and the possibility of apostasy.

Hebrews 6:4-6(RSV) For it is impossible to restore again to repentance those who have once been enlightened, who have tasted the heavenly gift, and have become partakers of the Holy Spirit,[5] and have tasted the goodness of the word of God and the powers of the age to come,[6] if they then commit apostasy, since they crucify the Son of God on their own account and hold him up to contempt.

This is one of the verybesttexts against eternal security. This passage is referring to (as I see it, anyway), blasphemy against the Holy Spirit, which is indeed unforgivable; but that doesn’t coverallcases of apostasy. Other cases may involve a person returning to the faith. Some Protestant commentators and apologists argue that the passage is merely rhetorical or hypothetical.

I don’t see that it reads that way at all. It’s talking about real people: “those who have once been enlightened, who have tasted the heavenly gift, and have become partakers of the Holy Spirit” and it refers to them literally committing what we are saying is a real and distinct (and terrifying) potentiality: “they then commitapostasy.”

Hypothetical rhetoric does indeed occasionally occur in Scripture. Perhaps the most famous example is the following passage from St. Paul:

Note that the logical structure is of this form:

Paul makes very clear (leaving no doubt) what he is doing, by saying “ifthere is . . . ” and using the word “if” over and over, signifying a hypothetical word-picture. But then he counters that by saying “infact” in verse 20.

Hebrews 6:4-6, in contrast, is not at all like that. It has neither the required structure nor all the “ifs” to suggest that it is merely hypothetical. The argument for Hebrews 6:4-6 fails, and as the old saying would have it: “you can’t make a silk purse out of a sow’s ear.”

To top it off, the writer of Hebrews once again shows that perseverance (as opposed to instant assurance) is always part of the overall picture:

Hebrews 6:11-12And we desire each one of you to show the same earnestness inrealizing the full assurance of hope until the end,[12] so that you may not besluggish, but imitators of thosewho through faith and patience inherit the promises.

2 Peter 2:20-21For if, after they have escaped the defilements of the world through the knowledge of our Lord and Savior Jesus Christ, they are again entangled in them and overpowered, the last state has become worse for them than the first. [21] For it would have been better for themnever to have known the way of righteousnessthanafter knowing it to turn backfrom the holy commandment delivered to them.

This is one of the very best indications of Catholic soteriology and the possibility of apostasy. Some Protestants, unfortunately, resort the time-honored technique of redefining words, in order to bolster an erroneous view that this is not referring to apostasy. They claim that “knowledge of our Lord and Savior Jesus Christ” is not asavingknowledge. It’s merely (so we are told) a non-salvificheadknowledge.

The problem with that is the preceding clause: “they haveescapedthe defilements of the worldthrough… ” Only God’s grace offers such an escape. So they were indeed in God’s graces (as Catholics would say), or “saved” (as Protestants would describe it).

2 Peter 1:2May grace and peace be multiplied to you in the knowledge of God and of Jesus our Lord.

2 Peter 1:8For if these things are yours and abound, they keep you from being ineffective or unfruitful in the knowledge of our Lord Jesus Christ.

What Does the Queenship of Mary Me...